The practice of conversion therapy — trying to change a person's sexual orientation, gender identity or expression through counselling, medication or prayer — is still widespread in Canada despite a growing movement to make it illegal, according to recent research published in the Canadian Journal of Psychology.

Federal government has promised to ban conversion therapy in Canada

This story is part of They & Us, a CBC British Columbia original podcast that explores gender identity beyond the binary. Subscribe at cbc.ca/theyandus.

The practice of conversion therapy is still widespread in Canada despite a growing movement to make it illegal, according to recent research published in the Canadian Journal of Psychology.

In January, Travis Salway, a social epidemiologist at Simon Fraser University co-published a study showing approximately 20,000 individuals across Canada had been exposed to conversion therapy.

He says it's possible even more people have experienced the practice but are unwilling to talk about it due to the toll it took on them psychologically.

"There's a lot of shame and stigma associated with conversion therapy," said Salway. "So a lot of the survivors that we've spoken to have said, you know, 'I just stopped talking about it.'"

The practice is opposed by medical organizations including the Canadian Psychological Association and the Pan American Health Organization, which say the practice is unscientific and can cause significant harm to those who undergo it.

That's the case for Harper Perrin, who as a teenager tried to suppress feelings of attraction to men.

"I grew up knowing, just intrinsically feeling that who I was — this massive part of myself that felt attraction was wrong, was damaged, was evil," said Perrin, who uses the singular they pronoun.

Raised in an evangelical Christian household in B.C.'s Fraser Valley, Perrin turned to their church for help. That in turn led them to the practice of conversion therapy — attempting to rewire the mind to be more stereotypically masculine.

Instead, Perrin experienced what many who turn to conversion therapy do: feelings of isolation, depression and self-harm, which they are still dealing with half a decade later.

Vancouver passed a bylaw making the practice illegal in 2018, but elsewhere in B.C. little movement has occurred, with the provincial government instead throwing its efforts behind a federal ban. 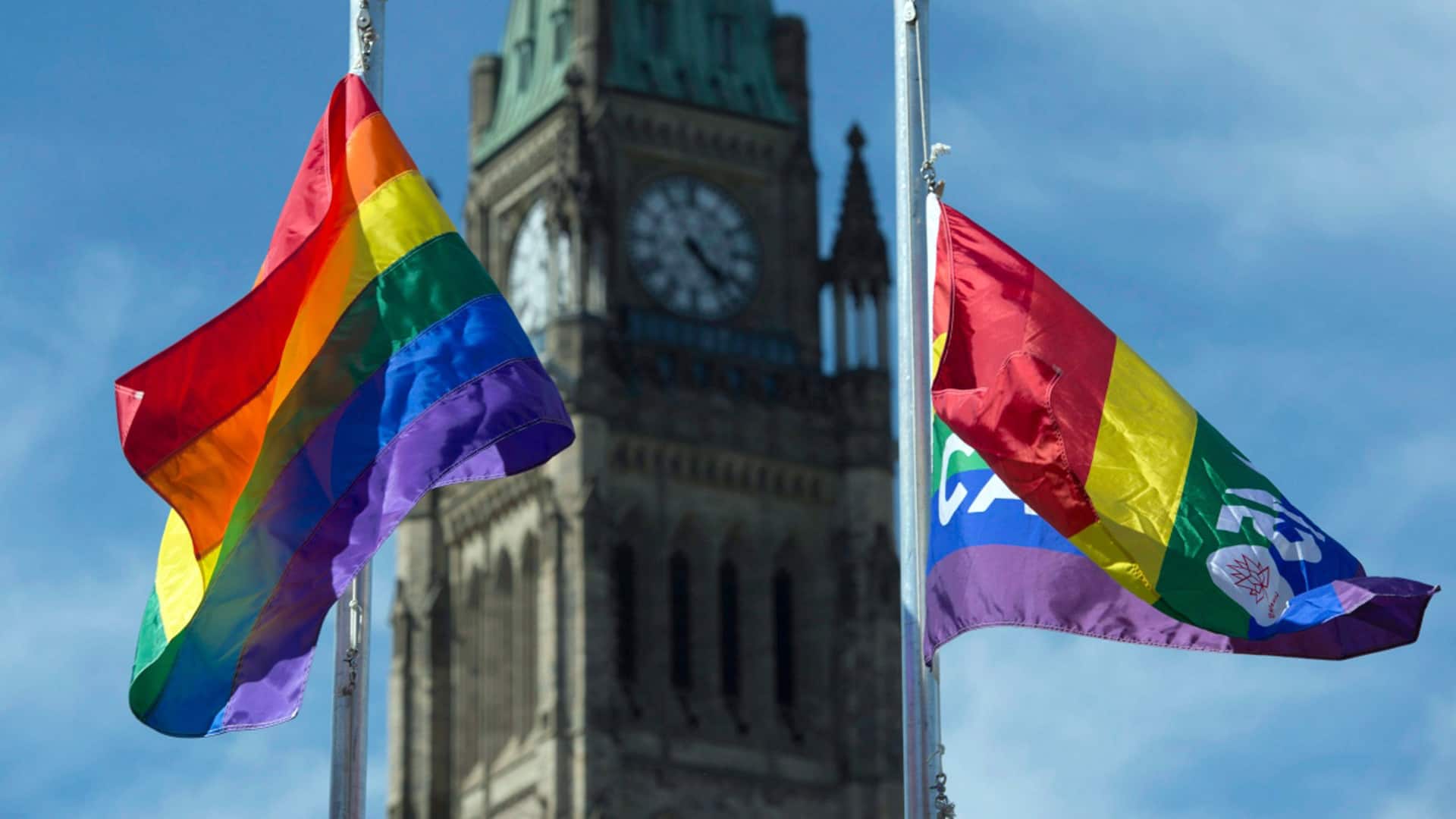 12 months ago
1:56
The Liberal government will table legislation banning conversion therapy — which aims to change a person’s sexual orientation or identity — on minors. 1:56

The federal government initially rejected calls for a nation-wide ban, but has since reversed course, promising to outlaw the practice for youth.

Salway said provincial and even municipal bans would still be helpful in sending the message that young people don't need to try and change who they are.

"We're trying to send consistent messages to queer and trans youth that says you're wanted, you're valuable," he said. "For that we need a multi-tiered approach."

To learn more about conversion therapy and gender identity, listen to They & Us, a CBC British Columbia original podcast hosted by Wil Fundal.

Find more at cbc.ca/theyandus and subscribe on CBC Listen, Apple, Google, Spotify or however you like to listen.