The B.C. Court of Appeal ruled a Port Coquitlam couple can be forced to sell their condo to settle a long-term dispute over their assigned parking stall. 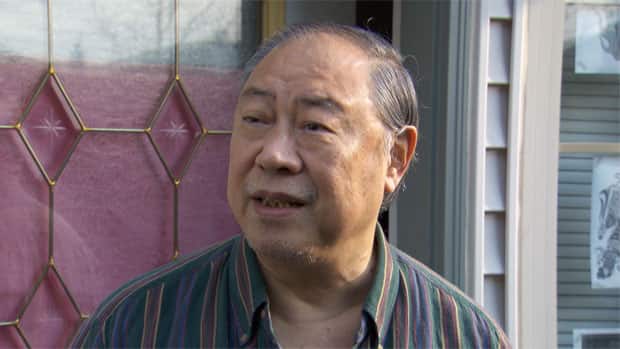 6 years ago
2:06
Couple can be forced to sell condo after court rejects appeal 2:06

The B.C. Court of Appeal has, in a split decision, ruled a Port Coquitlam couple can be forced to sell their condo in order to settle a decade-long dispute over their assigned parking stall.

After more than 50 court appearances in front of 32 judges and six petitions, Cheng-Fu Bea and his wife Huei-Chi Yang Bea have lost.

The court ruled their strata council had the right to seize their unit and sell it to recoup legal costs - but the couple seems determined to fight the appeal and take the case all the way to the Supreme Court of Canada.

"You wait and see what happens if they sold my unit. I will claim for the damages," Mr. Bea said.

​The dispute began in 2006 when the strata council at 2378 Rindall Ave declared the parking in the building common property and assigned specific parking spots to each unit.

Last year a judge ordered Cheng-Fu Bea and his wife, Huei-Chi Yang Bea, to vacate their condo so that the strata council could sell it to recover more than $170,000 in legal costs.

The Beas refused to accept their strata's decision and launched a petition in B.C. Supreme Court, which ruled the strata was well within its jurisdiction to implement the new parking regime.

Instead of appealing the decision, the couple launched a series of new petitions, all of which failed because the argument had already been heard.

The petitions were followed by various appeals that, according to the strata's lawyer, Phil Dougan, eventually involved 28 different judges in dozens of courts. The couple lost all the appeals.

Meanwhile the Beas continued to disobey the order restricting them to their assigned parking spot.

The strata, which had incurred more than $173,000 in legal costs defending itself from the Beas' court actions over six years, finally applied for a contempt of court ruling.

Last May the court ruled in the strata's favour, found the couple in contempt of court, and gave the Beas until June 15 to vacate the property so that the strata could sell it.

The couple appealed that decision, and on Thursday two of the three judges who heard the case in the B.C. Court of Appeal upheld the earlier decision.

In their decision, justices Nicole Garson and Anne Mackenzie wrote that, "The chamber judge had jurisdiction to make an order for seizure and sale of property, as such an order is analogous to the historical power to use sequestration as a remedy for contempt."

The third justice in the ruling, Justice Richard Goepel, disagreed.

"In his opinion the court’s inherent jurisdiction to sentence for contempt was limited by the provisions of the Supreme Court Civil Rules and the chambers judge did not have the jurisdiction to order the sale of the appellant’s property," said the ruling.

Strata has accepted offer of $170K

It's not yet clear whether the couple will attempt to appeal to have the case heard in the Supreme Court of Canada. The Beas are asking a lawyer to help take their case forward, if the court agrees to hear it.

"I would like to ask for the public opinion, maybe some pro bono lawyer make me a hand for this," Mr. Bea said, in broken English.

Meanwhile, the strata has a court order allowing them to see the unit and has accepted an offer for $170,000, which may cover most of their legal costs.

An appraisal is set for Wednesday afternoon and if the court agrees the price is fair, that sale could go through 30 days later.

"Is there a winner or a loser in this? No, there is definitely not. We are all losers, we lost a lot of money over the last few years," said one of the condo residents, Vigi Davyduke.