The crisis at a Japanese nuclear plant is raising new concerns in B.C. about a similar nuclear reactor in Washington, about 400 kilometres southeast of Vancouver. 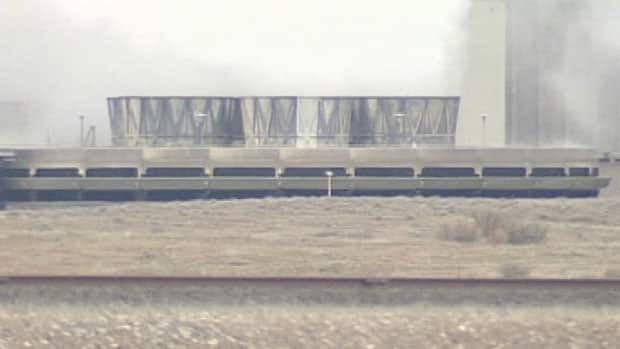 10 years ago
2:19
In Washington, just south of B.C., is a nuclear power plant similar to the one crippled by the quake in Japan, the CBC's Eric Rankin reports 2:19

The crisis at a Japanese nuclear plant is raising new concerns in B.C. about a similar nuclear reactor in Washington, about 400 kilometres southeast of Vancouver.

The Columbia Generating Station, near Hanford, Wash., uses the same kind of radioactive fuel rods as the Fukushima reactors, but its operators say the U.S. plant is safer.

However, when the station went into operation in 1984, the Hanford area was believed to be geologically safe.

Mount St. Helens sits to the west of the reactor and seismically active Yellowstone National Park is to the east.

Also, while the Columbia reactor was built to withstand a 6.9 earthquake, geologists now believe there is a potential for tremors could hit a magnitude of 7.5.

"We're concerned that the spent nuclear fuel pool is the most vulnerable of the assets at the Columbia Generating Station and should be taken care of," said Tom Carpenter, Hanford Challenge's executive director.

Prevailing winds in central Washington normally blow from the northwest, away from B.C.

But the area's strongest winds come from the southwest and in the event of a crisis of the sort occurring in Japan, fallout could be carried into southeastern B.C.

"If you have an earthquake, a fire or explosion, some of these tanks will fail and perhaps release materials to the atmosphere," said Carpenter.

Also, the nearby Hanford Nuclear Reserve holds radioactive waste generated as far back as the 1940's. The waste is stored in 170 aging tanks.

While the Columbia reactor is too far inland to be affected by a tsunami, major dams, including the Grande Coulee, sit upstream on the Columbia River.

If they were breached by an earthquake, the Hanford reactor could end up at least partially underwater, contaminating the river, which drains into the Pacific Ocean.

Energy Northwest spokesman Paoli said the reactor is far enough from the river to provide a good margin of safety.

"We're [eight kilometers] away from the river," Paoli said. "Close to the river; not too close."