There will be no more bonuses for executives and managers at Community Living B.C., Social Services Minister, Stephanie Cadieux announced on Friday morning. 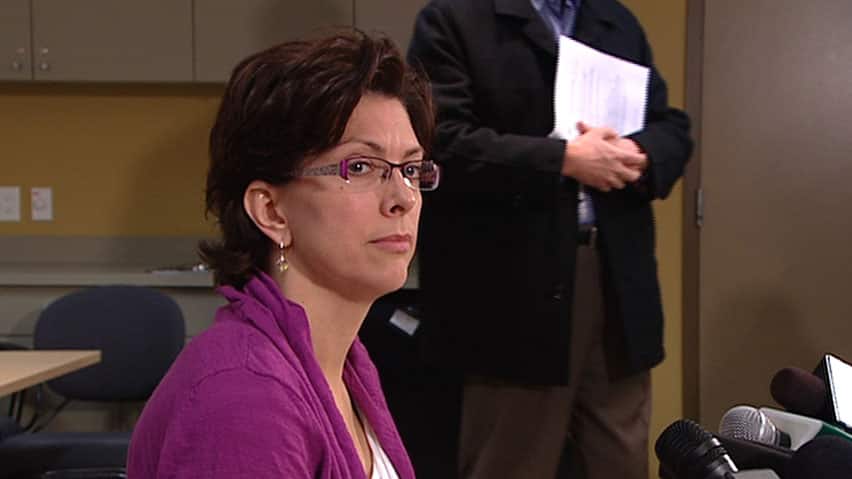 9 years agoVideo
2:21
Managers at Community Living B.C. were getting big bonuses while they were closing group homes, reports the CBC's Stephen Smart 2:21

There will be no more bonuses for executives and managers at Community Living B.C., Social Services Minister, Stephanie Cadieux announced on Friday morning.

Cadieux has told the Crown Agency to restructure the way it compensates executives and managers, following revelations the Crown agency paid out $300,000 in performance bonuses to top managers and executives while closing 65 group homes for developmentally disabled adults.

"In a people-first organization like CLBC, an incentive plan performance based on targets and measures is, quite simply, not appropriate," said statement issued by the ministry on Friday morning.

CLBC provides group homes and services to nearly 14,000 British Columbians with developmental disabilities such as autism and fetal alcohol syndrome.

Last Friday CEO Rick Mowles was dismissed from his $230,000 per year position, and critics both inside and outside the Liberal party have been calling for a full review of the agency.

The issue gained momentum Monday when Liberal MLA Randy Hawes said it was time for a top-to-bottom review of his own government's record on care for the developmentally disabled.

NDP Opposition Leader Adrian Dix has also been calling a moratorium on group home closures, saying the agency is ignoring a wait list of 2,800 people.

The NDP says the agency is in chaos because Cadieux is the fourth minister appointed to oversee it by the Liberal government in the past year.

Cadieux says she is conducting an internal review of the agency.
CBC's Journalistic Standards and Practices|About CBC News
now