The trial of a B.C. man charged with four counts of first-degree murder continued today in Prince George with the Crown telling the jury that Cody Alan Legebokoff's DNA was found on at least three of the four homicide victims. 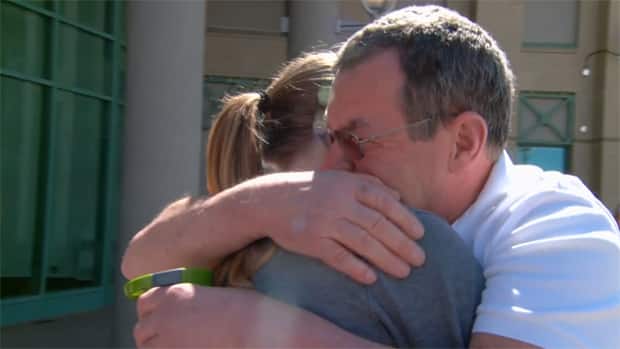 It was the slaying of a 15-year-old girl that first brought accused killer Cody Legebokoff to the attention of police in B.C.

In his opening statement Tuesday, Crown prosecutor Joseph Temple told the jury that Legebokoff's DNA was found on at least three of the four homicide victims.

Temple said it was Leslie's case that first drew police's attention to Legebokoff. The Crown alleges Legebokoff met Leslie in November 2010 after exchanging text messages and having conversations on the social media site Nexopia and arranging to buy alcohol.

When a suspicious RCMP officer saw Legebokoff's truck leave a remote side road near Vanderhoof, B.C., he pulled Legebokoff over. The officer noticed a blood smear on the man's face and legs, and there was a pool of blood in the truck, Temple said.

A conservation officer found Leslie's partially buried body near a gravel pit off the bush road, her pants pulled down. She had died of head injuries and loss of blood.

Temple said Legebokoff initially told police he discovered the girl by accident, then said the two had met, and had consensual sex. He later changed his story and claimed Leslie became agitated and started hitting and stabbing herself.

He said he struck her twice to put her out of misery, said Temple.

Leslie's father Doug was asked in the witness box Tuesday to identify his daughter`s belongings: a monkey knapsack allegedly found in Legebokoff's truck, a black and white checkered wallet, her glasses and a family ring Doug had made for her containing all the birthstones of the family.

Under cross-examination, he denied defence counsel James Heller`s suggestions that Loren Leslie had been bipolar or psychotic. Leslie said his daughter had serious anxiety issues, but was a normal girl.

Donna Leslie also testified at the trial Tuesday. She told jurors that Loren had texted her the night of her death to say she was meeting a girlfriend. She was told to be home at 1 a.m. PT. Donna said she dozed off and was awoken by a police phone call telling her that her daughter's body had been found.

While in the witness box, she hugged Loren's monkey backpack when it was shown to her and said Loren loved it and wore it all the time.

Donna also said her daughter had told her she'd been sexually assaulted, but she didn't believe it at the time. She said Loren was diagnosed with post-traumatic depression and was taking medication.

In earlier testimony on Monday, the Crown prosecutor laid out the rest of its case, telling jurors that victims Stuchenko and Maas both suffered blunt force trauma to their heads, as well as other wounds.

Maas's body was found in a park on the outskirts of Prince George, naked from the waist down.

Temple said that once Legebokoff was in custody, other forensic evidence started turning up. He said a pickaxe found in Legebokoff's apartment had traces of Maas's DNA. He also told the jury that experts will testify that semen samples taken from Stuchenko's body match Legebokoff's DNA.

Montgomery's body was never found. However, Temple told the jury several items, including shirts, shorts, bedsheets, a comforter and an axe found in Legebokoff's apartment tested positive for her DNA.

The three older women were known to have worked in the sex trade.

Legebokoff, who worked at a Ford dealership as a mechanic, frequently used cocaine obtained from women in the sex trade, Temple said.

Legebokoff is now sporting a neat goatee and a shaved head, a much different appearance from the fresh-faced former high school athlete seen in pictures up until now

The trial is expected to last six to eight months.

With files from the CBC's Marissa Harvey and Kirk Williams