The federal government has confirmed it will close three coast guard communication centres in Vancouver, Comox and Tofino by 2015. This follows news Thursday that would also close the Kitsilano lifeboat station in Vancouver. 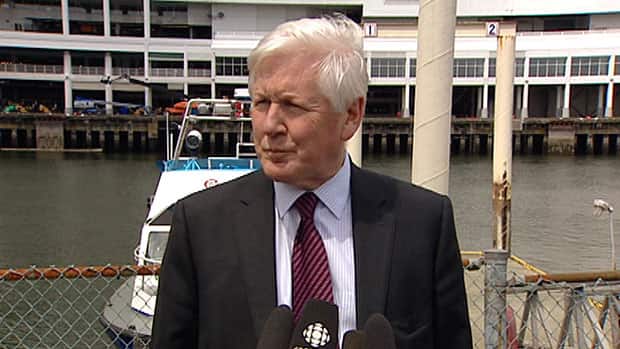 The federal government has confirmed it will close three coast guard communication centres in Vancouver, Comox and Tofino by 2015.

This follows news Thursday that the Kitsilano lifeboat station in Vancouver would close.

The coast guard communication centres house operators who deal with emergency calls from mariners in distress. The closures mean the entire B.C. coast will be served by two communications centres in Prince Rupert and Victoria that will undergo major upgrades.

This is part of a major reorganization of coast guard services. The federal government will shut down 10 communication centres across Canada, leaving a total of 12 nationwide. More than 700 staff were notified on Thursday that their jobs could be affected.

Fisheries Minister Keith Ashfield says the centres are using outdated technology and lack the ability to work together in an emergency, or transfer work in a power outage. He said the 12 remaining centres will be modernized.

"The safety of Canadians and mariners is the top priority of the Canadian Coast Guard," said Ashfield, in a statement issued on Thursday.

"Improving and integrating communications centres across the country will ensure that important information can be properly broadcast to mariners and emergency calls will be received under all circumstances."

But Martin Gregoire, president of the Canadian Auto Workers Union local 2182, says if the government was interested in keeping mariners safe it would modernize operations by updating all existing communication centres.

Gregoire says the closures are simply cuts to service and important local knowedge will be lost when operations are further centralized.

"When people in need of help call, they'll call a centre far away, and they'll talk to someone who doesn't know very well their needs, and their area," said Gregoire.

On Thursday the federal government also told staff it was closing the Kitsilano coast guard station in Vancouver's English Bay, raising concerns for the safety of recreational and commercial mariners who use the busy Vancouver Harbour.

But coast guard spokewoman Erin Filleter said the area will still be serviced by the Sea Island Base in Richmond, which is 17 nautical miles away.

"When these two bases are consolidated at Sea Island, levels of service will remain the same and consistent with other major ports. Search and rescue capacity will be augmented by a new hovercraft which is being delivered in 2013," she said.