Some of the investors who have launched civil lawsuits against a Vancouver woman accused of running a multimillion-dollar Ponzi scheme say they were encouraged to invest by a financial adviser at Coast Capital Savings. 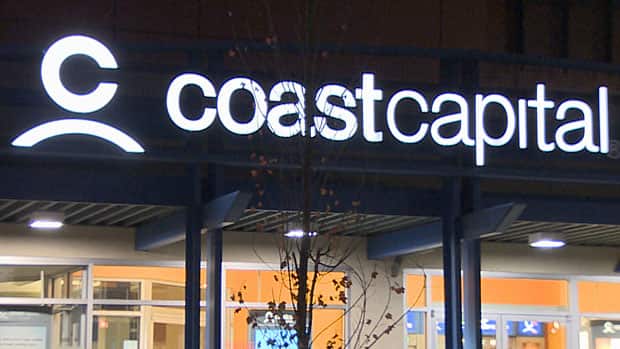 Some of the investors who have launched civil lawsuits against a Vancouver woman accused of running a multimillion-dollar Ponzi scheme say they were encouraged to invest by a financial adviser at Coast Capital Savings.

Rashida Samji, 60, a former Vancouver notary, was arrested last week after an investigation by RCMP Federal Serious and Organized Crime Unit and Vancouver Police uncovered a scheme potentially stretching back to 2003.

Samji has now been charged with 28 counts of fraud and theft, specifically relating to $17 million that was allegedly defrauded from 14 people between 2006 and 2012.

However, police also believe that between 2010 and 2012, there were at least 100 victims allegedly defrauded of some $40 million, in what may be the largest Ponzi scheme ever uncovered in Canada.

Lorne Malen is among 58 investors who have filed a civil suit against Samji, and alleges it was advice from former Coast Capital Savings financial adviser Arvin Patel that led him to put money into a fund managed by the former notary.

"From my point of view, I would not have been involved in this if it were not for Coast Capital and their financial planner. I would have never have met Rashida Samji," Malen told CBC News.

Patel no longer works at Coast Capital and has been permanently banned from trading securities by the B.C. Securities Commission for his alleged role in the scheme.

Sibli Gill has also launched a civil suit. She says someone needs to be held accountable, and that investors should receive some sort of reimbursement.

"There should be some consequences for this behaviour, but that doesn't affect our outcome. We're still in the same situation," said Gill.

In January 2013, the B.C. Securities Commission began its own investigation into Samji and Patel after receiving a tip from a compliance officer at Coast Capital.

In an email statement sent to CBC News on Thursday, Coast Capital said it hopes Samji's arrest "brings this matter one step closer to being resolved."

The statement added that "as the organization that discovered, reported and first took steps to stop this Ponzi scheme, we hope the legal proceedings will result in justice for our members."

Patricia Bowles, spokesperson for the B.C. Securities Commission, corroborates Coast Capital's claim that it alerted authorities immediately after learning that one of its financial advisers was sending clients to Samji.

Bowles told CBC News that the commission believes the alleged scam goes beyond the 100 known victims, saying the commission estimates that more than 200 people may have been defrauded for around $83 million.

Coast Capital's statement went on to say, "The illegal fraud Ms. Samji is accused of perpetrating did not involve any Coast Capital product or service, but we care deeply about our members and want to help."

According to the facts laid out in the judge's ruling, Samji allegedly used non-trust accounts at these three institutions to receive and hold funds, and to pay funds out to investors.

The judge also reasoned that since Samji and her two private companies declared bankruptcy in 2012, the only way investors may recover their money is from the financial institutions named in the suit.

For those waiting to see if they will get any of their money back - people such as Ajij Siday - the stakes could not be higher.

"I started working 45 years ago in this country. Today, I am 67 years old and most of my savings are gone. And nobody seems to be taking any responsibility," said Siday.

Royal Bank, Toronto-Dominion and Vancouver City Savings all declined to comment to CBC News, saying the matter is before the courts.

Samji has now been released from police custody with 13 bail conditions and a $100,000 surety.

With files from CBC's Emily Elias and Bal Brach