A local producer and arts consultant has started a petition asking the City of Vancouver to examine the pending deal for Westside Church to buy The Centre in Vancouver for Performing Arts.

'Vancouver does care about this,' says local producer Brent Belsher 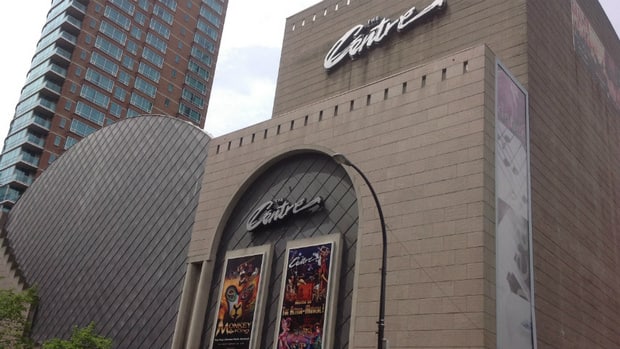 7 years ago
2:04
Some Vancouver councillors want theatre to remain an arts venue 2:04

A local producer and arts consultant has started a petition asking the City of Vancouver to examine the pending deal for Westside Church to buy The Centre in Vancouver for Performing Arts.

Brent Belsher wants the city to intervene on the reported sale of the venue.

"I'm hoping the city takes this deal seriously and looks at any way it can re-open this negotiation," Belsher said in an interview with host Rick Cluff on CBC Radio One's The Early Edition.

Upcoming events scheduled to be held at the theatre have been cancelled after the pending sale of The Centre to Westside Church, a church known for a hip and technologically savvy approach to the conservative theology it preaches, was reported.

Belsher says the building wasn't listed for sale, but the Colorado-based owners, Four Brothers Entertainment, decided to sell after they were approached by Westside Church.

He said if the building had been for sale, people within the local arts community would have come forward to buy it.

"For [the local buyers] to be side-swiped by selling it secretly and not even putting it out on the market is unfortunate," said Belsher.

Programming is the problem

Belsher disagrees with critics who say The Centre is too big and Vancouver can't support more than one or two 2,000 seat-theatres.

"The economics of doing shows in a theatre of this size gives us flexibility in our city. This is a building that was actually working. It had 100 bookings last year, and that's only slightly fewer than what the Queen Elizabeth had," said Belsher, noting the Queen Elizabeth Theatre has 1, 000 more seats than The Centre.

"It was actually the programming, I think, that was the biggest problem there," said Belsher, adding the mistake Four Brothers Entertainment made was trying to build shows at The Centre that would go on for weeks or months and would travel the world.

"Vancouver does care about this and people see shows in there."

Non-Partisan Association Coun. Elizabeth Ball plans to bring forward a motion at Vancouver City Hall on May 28 asking the city to examine any possibilities for city use of The Centre.