Shaughnessy Heights United Church had painted multiple doors in rainbow colours and displayed them on their grounds as a symbol of inclusive love. Now, Vancouver police are investigating after the installation was vandalized.

When Rev. Dave Moors and a colleague at Shaughnessy Heights United Church were setting up an art installation for Pride Month on church grounds, the reverend says he wondered aloud if the symbol of love would be a target for hate.

As it turns out, his concerns were warranted.

To celebrate Pride, the church in Vancouver's West Side painted seven donated doors in bright rainbow colours and placed them on the grounds.

On Monday, the doors were discovered scrawled with white paint in an effort to deface them. Moors said it looks like the perpetrator tried to write words of their own but that perhaps rain obscured the attempted messaging because it is illegible.

Located at 1550 West 33rd Ave., the church sits on a well-trafficked city street and Moors said many drivers slowed to photograph the doors — six of which are painted a single colour and have one word written on them so that collectively they spell out "God's doors are open for all." The seventh door is painted with multiple colours.

Many members of the congregation gave positive feedback on the display during the few weeks that it sat unscathed, Moors said.

"It's an art installation and a statement of love from our congregation to the world," said Moors.

But then someone, or perhaps more than one person, decided to use the doors to make a statement of their own — one that has resulted in a police investigation involving the hate crimes unit.

What was noticeable to Moors was a small wooden cross that was left at the scene, indicating to him that the person, or persons, who committed the act "believes they are Christian."

"It brings us some anger and some upset … that people continue to use the Bible as a weapon of hate instead of a tool of love," Moors told CBC.

He said if people believe themselves to be Christians and want to bring their views to him, he is open to talking.

"A conversation is better than vandalism," said Moors.

While police look into the incident, Moors said church staff plan to keep the doors looking festive and "keep the love flowing."

When asked by CBC's The Early Edition host Stephen Quinn on Tuesday what his plans are if the doors are defaced again, the reverend replied: "Repaint, repaint, repaint." 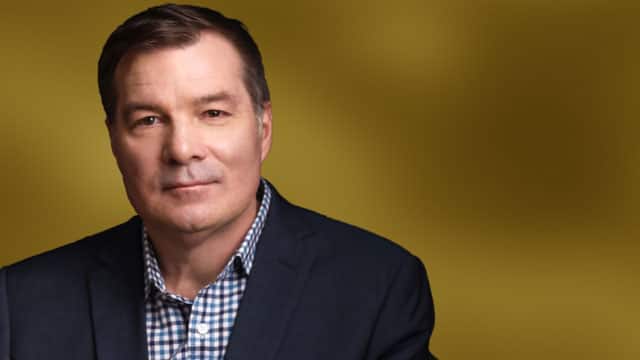