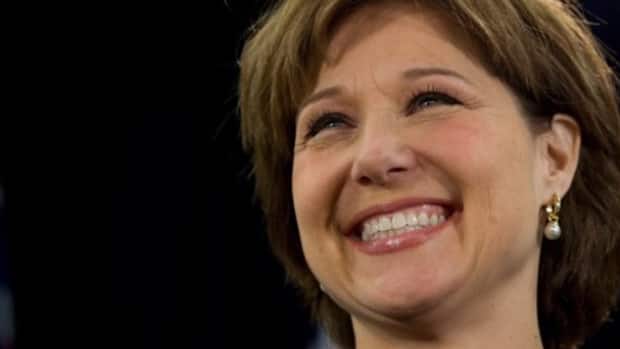 Christy Clark, who already earns $192,000 from taxpayers as premier of B.C., also receives up to $50,000 extra each year from her party, a longstanding B.C. Liberal practice that the opposition is now challenging.

The B.C. NDP has filed a complaint with the province's conflict of interest commissioner about the allowance, which is raised through political contributions including donations that come from private meetings with Clark.

MLA David Eby filed the complaint — and an earlier one this month alleging the "exclusive" private meetings amount to selling access to political leaders.

"There are a number of direct benefits the premier receives from these large donations that come from these small private parties," said NDP MLA David Eby, who filed the complaint.

"She has paid off the party debt. She is raising money for her re-election in her constituency and she also receives this payment from the party."

The payments are not new. The B.C. Liberals started paying leaders in 1993 after Gordon Campbell was chosen as leader, the party said in a statement.

Clark said they also haven't been kept secret, but are included on the MLA's Disclosure Form, available at the legislature for public review.

"It was always disclosed as the leader's allowance," she said. "When I took over it was informally called the leader's 'car allowance' around the office."

"I would have happily disclosed it last year if you had asked me," she said.

No other members of Clark's cabinet receive allowances for work being done for the party, but ministers can claim any costs associated with attending those events, the party said.

NDP Leader John Horgan does not receive any additional money for being leader of the party. His party has introduced legislation that would ban corporate and union donations that in part pay for Clark's top-up.

"I think it is unacceptable largely because those fundraisers the premier goes to are now going directly into her pocket," said Horgan.

Policies around top-ups for politicians who both lead the government and a political party vary across the country.

Saskatchewan Party leader and Saskatchewan premier Brad Wall has faced similar criticism about money he is paid from his party.

P.E.I. premier Wade MacLaughlan takes a much different approach. He takes the lesser salary of a cabinet minister, and donates the difference between that and premier pay to the United Way.

Prime Minister Justin Trudeau does not receive a stipend from the Liberal Party of Canada and he is not compensated for time spent on Party matters, the party said in a statement.

With files from Greg Rasmussen