B.C. Liberal Leader Christy Clark caused some confusion when she cast an advance ballot in Burnaby on Wednesday. 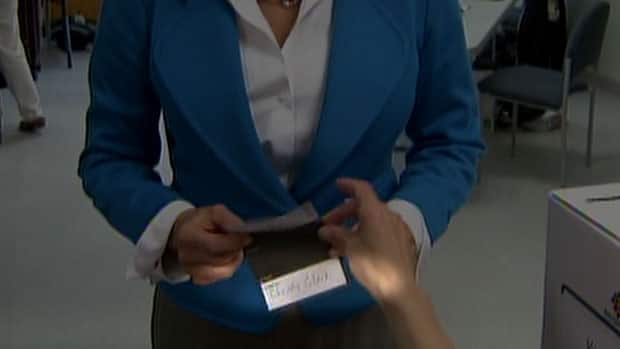 B.C. Liberal Leader Christy Clark caused some confusion when she cast an advance ballot in Burnaby on Wednesday.

Clark initially wrote her own name on the blank ballot, but she doesn't live in the riding she is running in so she made a change.

Clark took back her ballot and — in front of news cameras — wrote in the name of Vancouver–Fairview Liberal candidate Margaret MacDiarmid.

"If the intent of the voter is not clear then it would be a rejected ballot."

The B.C. Liberals say Clark's intention was clear, and believe the ballot will be counted.

Voters can cast ballots at advance polls for candidates in any riding, and are often handed blank ballots, meaning they have to write in the name of the candidate they are voting for.B.C.'s next provincial election is May 14.