Everything is a metaphor: Here's what to eat and avoid at Chinese New Year dinner

Don't cut the head off your chicken and stay away from squid. Dinnertime during Chinese New Year is filled with meaning and superstition.

Order dishes in pairs, don't cut the head off your chicken and stay away from squid

Chinese New Year is a celebration filled with metaphors and superstitions aimed at ushering in as much good luck as possible.

That begins at the dinner table for many Chinese families.

Here is the meaning and significance behind some of those traditions.

Twos are better than one

A conscious effort is made to have an even number of dishes on the table at Chinese New Year, which typically begins on the occasion's eve.

The belief is that good things come in pairs and odd numbers signify death.

"Number eight, number 12 — as long as it's a round number it's nice," explained Lee Man a food critic and cultural guide. "Number seven is the one to avoid."

And order lots because the goal is to reflect the hope for an overabundance of food and blessings for the upcoming year.

Popular Cantonese-style dishes at Chinese New Year are ones that have auspicious names.

"It actually means money, enterprise, and everything coming easily to you all year so whatever you try out will be a success," says Man.

Oysters are also desirable because they resemble ancient gold nuggets known as sycee. 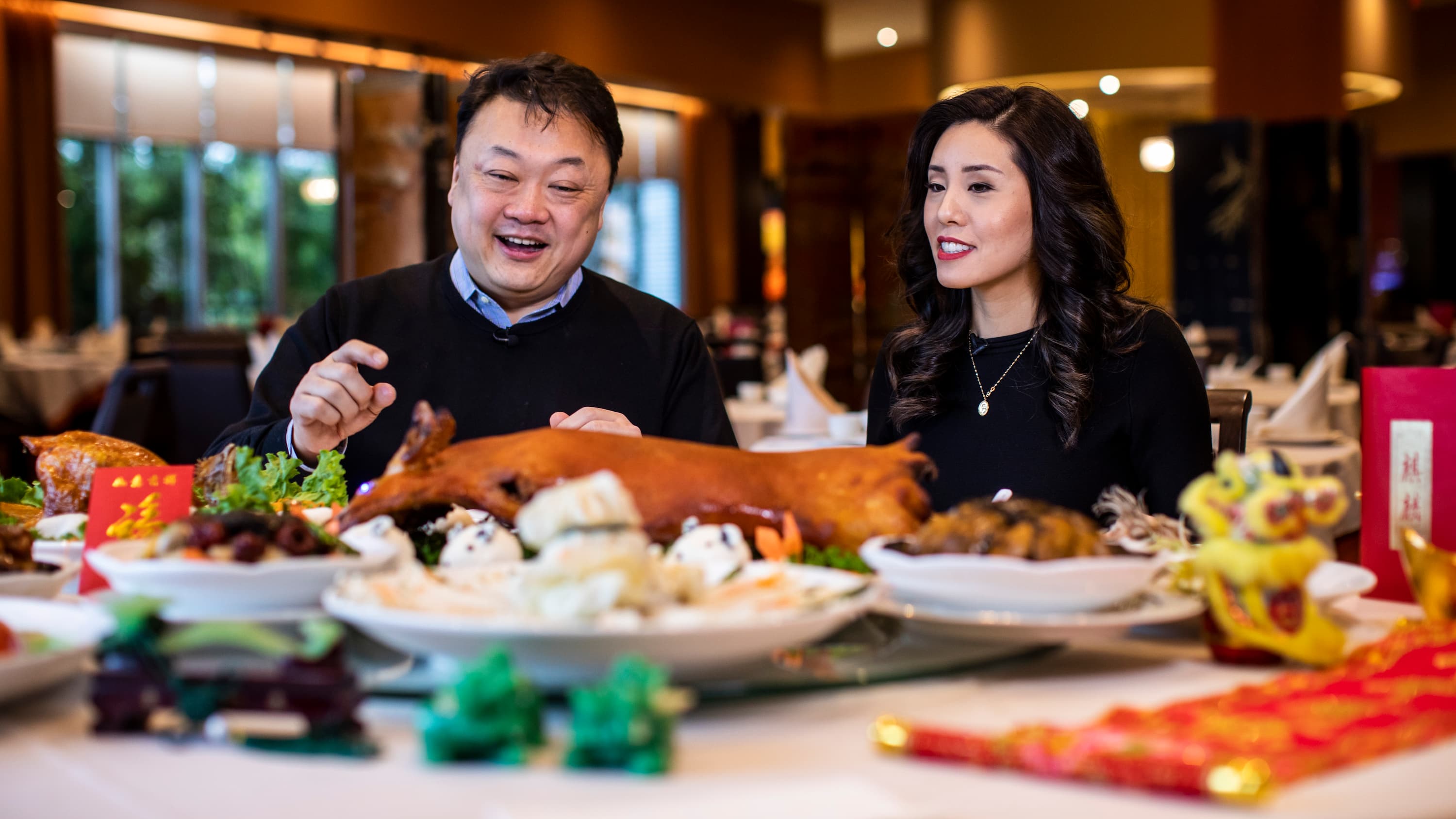 Here's what to eat and avoid at Chinese New Year dinner

9 months ago
3:10
Chinese New Year is a celebration filled with metaphors and superstitions. Here's the meaning and significance behind some of those traditions. 3:10

At home, many families will steam fish and chicken but they're always served whole, says Man, to represent togetherness.

The heads and tails are left on because "beak-to-tail means good beginning and good endings."

If you've got nautical roots, don't turn the fish over even after you've removed the bones to ward off any suggestion of a boat capsizing.

Those who are pious tend to go vegetarian on New Year's Day.

But even then, dishes like bamboo pith-wrapped enoki mushrooms and egg white pockets or Buddha's veggie feast are filled with references for prosperity.

"Even though you're vegetarian, you're pure of heart, you still want money," says Man. "Those little packets represent old fashioned coin purses."

On the second day of the New Year, many families feast again. But dinner happens after making an offering of gratitude for the previous year to Buddha, the money god or ancestors.

Roasted pork is commonly used for the ritual but hand-roasted suckling pig that's been rubbed in spices and sauces is an extravagant alternative.

For dessert, sweet and sticky year cake, is served typically only during this time of year.

Made from glutinous rice flour, the name leen goh offers the promise of reaching heights.

To ensure an auspicious New Year, there are specific dishes that most families tend to avoid.

"Because squash, or gwa, sounds like death," he says.

Squid and crab are also foods to stay away from. Stir-fried squid is slang for getting fired.

When it comes to crab, the Cantonese pronunciation sounds too much like a depressing sigh of exasperation — hai.

None of these are rules though, every family celebrates and honours the tradition in different ways.

What is universal, is the hope for good health and wealth for all.