B.C. Finance Minister Carole James has announced she has been diagnosed with Parkinson's disease and will not be running for re-election next year as a result.

B.C. Finance Minister Carole James announced Thursday she has been diagnosed with Parkinson's disease and will not be running for re-election next year as a result.

The former B.C. NDP leader announced her illness at an afternoon news conference. James said she plans to keep working as finance minister and deputy premier for as long as she is able.

"I don't plan to sit around and do nothing," James told reporters at the B.C. Legislature in Victoria.

The minister said she was diagnosed in January after noticing a hand tremor and trouble with her balance. James said she announced her diagnosis because she believes it is important for her to be transparent with the public. She said her symptoms are not severe, with the hand tremor being the most predominant.

Parkinson's disease is a neurological condition that causes symptoms including tremors, rigidity and slowed movements. There is no cure, but symptoms can be managed.

WATCH | James' full statement on her diagnosis of Parkinson's disease: 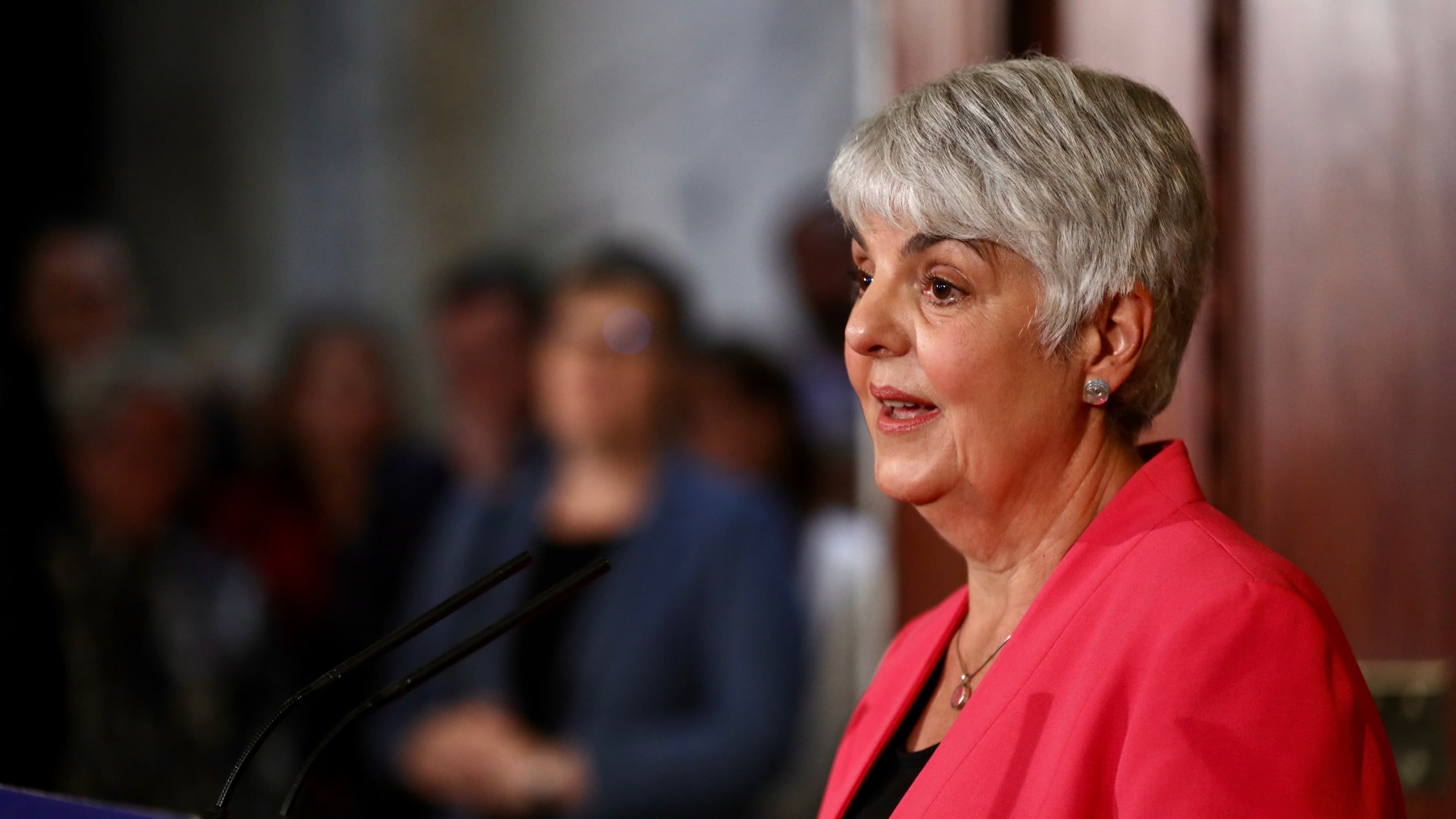 9 months agoVideo
4:54
B.C. Finance Minister Carole James announced Thursday she has been diagnosed with Parkinson's disease. The veteran MLA said she plans to continue working as long as she is able, but will not run for re-election in 2021. 4:54

James said she is committed to staying at work, but said she would step down sooner than the next election if her condition progressed to the point of impeding her work.

"I was very clear with the premier that I'm always giving 100 per cent with the job, and if I'm not able to do that, I would let him know," James said.

James has served as MLA for  Victoria-Beacon Hill since 2005. She was elected NDP leader in 2003, and served as the leader of the Opposition from May 2005 to December 2010.

Today’s news from <a href="https://twitter.com/carolejames?ref_src=twsrc%5Etfw">@carolejames</a> is a shock to all of us here in the legislature &amp; to the many people across B.C. she’s worked with throughout her career. <br><br>Carole, you have our support as you continue to face this with the same bravery &amp; strength we see from you daily. <a href="https://t.co/qCdDmzd16G">https://t.co/qCdDmzd16G</a>

Liberal Leader Andrew Wilkinson described the news as a "shock" in a tweet on Thursday afternoon, and said James has the party's support.

"Minister James embodies what it means to be a politician who goes to work every day focused on making the lives of people better. Anyone who works with her can see how deeply she cares about the people of our province," Olsen said in a press release.

"Even in coming forward with this diagnosis, Minister James' focus has been on the wellbeing of others who face this disease."