A secret tunnel built in the 1950s for transporting mail underneath downtown Vancouver may soon be filled in.

Tunnel underneath downtown Vancouver once used for Halloween parties 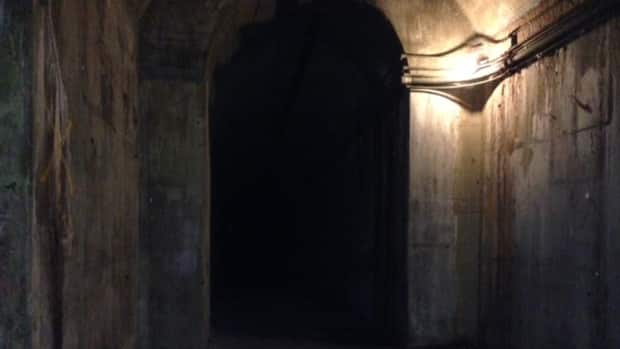 A secret tunnel built for transporting mail underneath downtown Vancouver looks set to be filled in, after lying largely abandoned for more than 40 years.

Fred Danells, president of Vancouver Heritage Club, says back in the tunnel's heyday, maintenance engineers would ride up and down the tunnel on bicycles.

By the 1960s, mail had stopped arriving by train and Canada Post stopped using the tunnel and since then, the tunnel has lain mostly empty.

"We used it for Halloween! We had some great Halloween parties in here," said Danells.

"But more recently in the last 15, 20 years.. .we'd make it available for a lot of movie companies to use for Hollywood sets."

In August, Canada Post sold the main post office, terminating its lease with the City and undertaking to decommission the tunnel.

The City had hoped to re-use or refurbish the tunnel, but found it would be too expensive to make it safe, especially with no viable use on the horizon.

So, Danells says, it is the end of an era. The tunnel is expected to be filled in next year, and the underground hideaway, once filled with bustling bike-riding engineers and hidden Halloween parties, will be nothing more than a memory.