A $200-million Canada Post processing plant that opened in Richmond, B.C. earlier this year is experiencing technical difficulties with its automated sorting system, creating backlogs and delays in mail delivery services, according to union officials and customers. 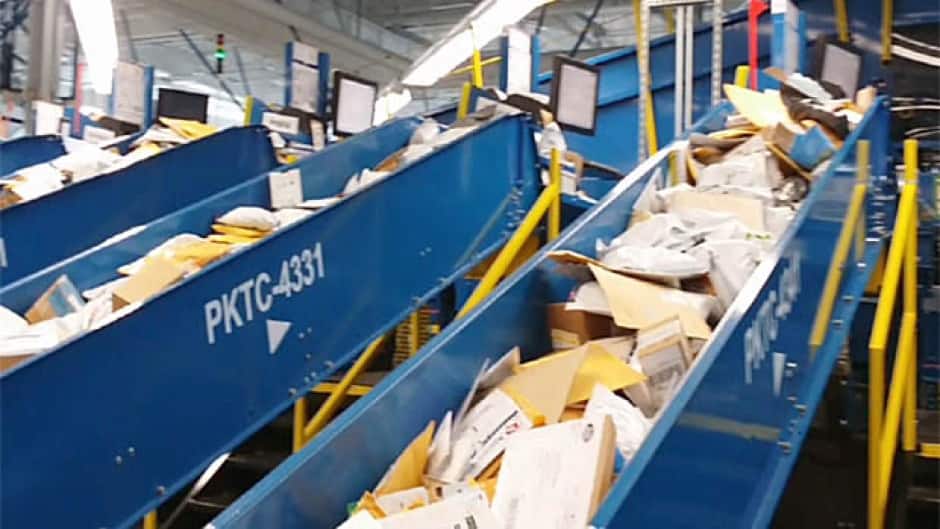 A $200-million Canada Post processing plant that opened in Richmond, B.C. earlier this year is experiencing technical difficulties with its automated sorting system, creating backlogs and delays in mail delivery services, according to union officials and customers.

Canada Post recently closed its old facility at 349 West Georgia Street where it had sorted mail since 1958 and is transitioning to a new 700,000 square foot facility in Richmond , B.C. known as the Canada Post Pacific Processing Centre (PPC).

Kim Evans, president of the Vancouver local of the Canadian Union of Postal Workers, says the issue is a systemic problem with the large-scale automated system at the new plant situated close to the Vancouver International Airport.

Mail that was once sorted by hand, is now being handled by machinery.

"Parcels are getting stuck essentially, that's the simplest way of putting it," he said.

"It doesn't work properly. They have people with 12 foot-long sticks; they poke these things off the belt to get them back going again. In the meantime, things get jammed, the system gets clogged up, and it goes around and around again."

John Hamilton at Canada Post denies any such problems exist.

"I can tell you we've been transitioning to the plant, we've been bringing expertise," he said. "By all accounts the equipment is working well."

Nutritionist Carmen Dunn isn't convinced. She's been waiting over 10 days for expected cheques to arrive in the mail, one of them from just across the city.

"Nothing's coming through," she said. "I'm behind about three different cheques I'm waiting on, so I haven't been getting paid. So that throws my entire business off because I can't manage cash flow."

Evans says the problem is having a knock-on effect that is provincewide.

"We've heard from letter depot carriers all over the province with respect to mail not coming in at all for certain routes on certain days, and it will eventually show up a day or two — or three later."

Hamilton encourages customers experiencing any kind of issue with their mail to contact the Canada Post customer service line, so that any specific problems can be identified.

"We can escalate that and take a look at what's happening there."

A press release announcing the construction of the Richmond plant dated April 12, 2012, states that "Vancouver is one of Canada Post’s three international access points for parcels, packets and letters, and the centre of the company’s western operations. The company is investing $200 million in the new multipurpose processing centre and related equipment."

The release identifies parcel delivery as the future core business of Canada Post as e-commerce continues to expand, resulting in fewer and fewer letters mailed.

With files from CBC's Bal Brach