California rescue dogs arrive to cheering and love in B.C.

Dogs set to be destroyed in California have been given a new 'lead' on life in British Columbia.

150 families wait in airplane hangar to pick out new pet 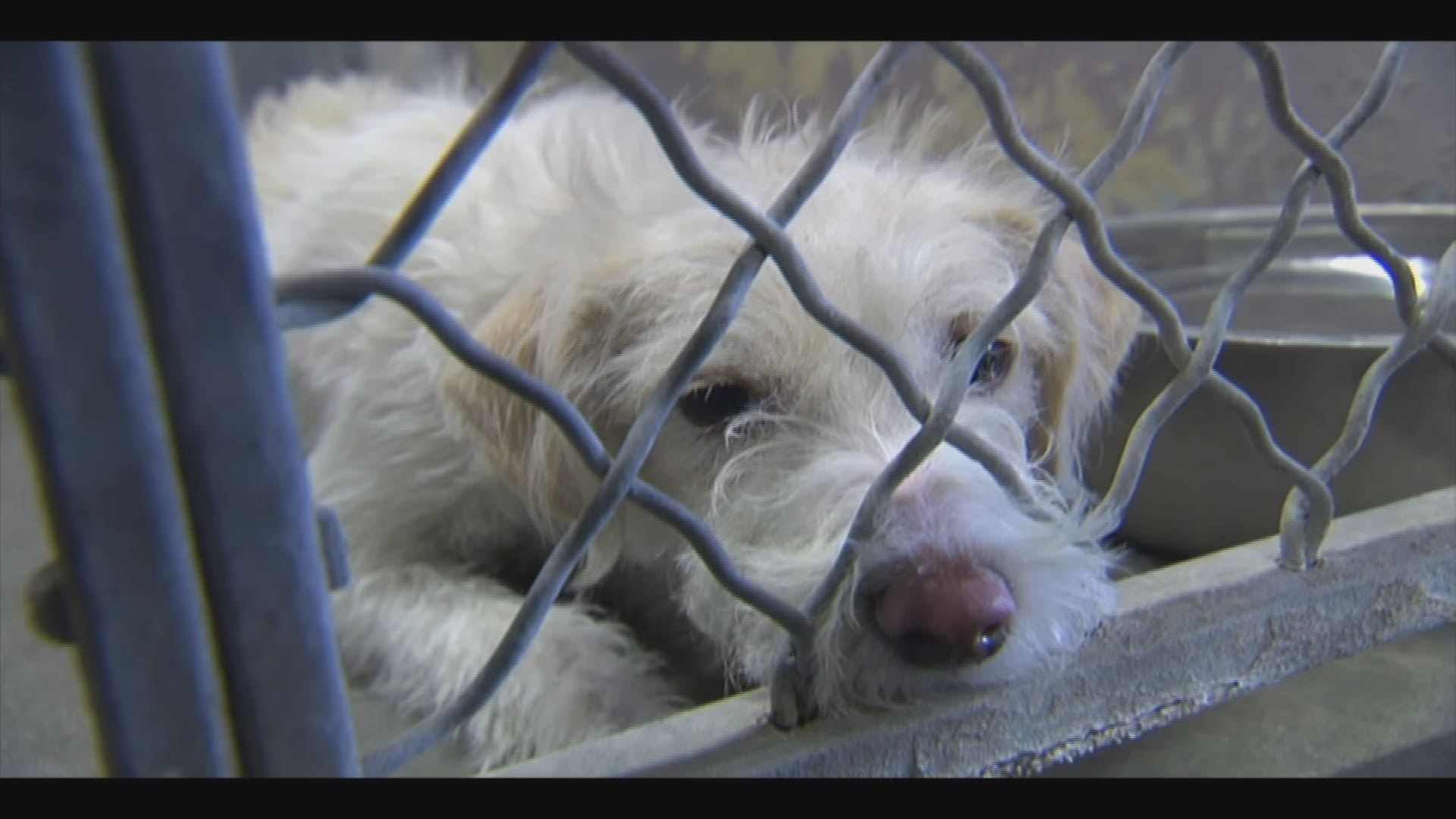 Dogs set to be destroyed in California have been given a new 'lead' on life in British Columbia.

The small to medium-sized animals, 121 of them, arrived by plane Saturday at YVR in Richmond to a crowd of cheering and animated B.C. residents all eager to claim one of the pets as their own.

"I don't know what kind of dog I want," said Cloverdale resident Madison Van Vliet before the dogs arrived. "Does it really matter? No. Just one to fall in love with."

The rescue of the animals was organized by Thank Dog I Am Out, which was founded by Susan Patterson in 2009.

Patterson says more than 6,000 dogs are euthanized each week in California, but here in the Lower Mainland, there's a shortage of small to medium-sized dogs for adoption.

"The shelters are so overcrowded and so overwhelmed with the number of surrenders that they have no option but to euthanize them," she said.

The dogs were rescued, spayed and neutered and given their shots before they arrived, while those wanting to adopt were pre-approved, which included an inspection of their home to see if it was suitable.

They also weren't able to pick the dog they wanted by viewing photographs, but rather had to meet them face-to-face in Richmond to find a good match.

"These are great dogs that were going to meet an unfortunate end, but because of this are going to have a brand new home to go to," said Jake Giammarino a dog trainer with Discover Dogs.

Earlier this fall, the Capital Regional District in Victoria associated a spike in dog attacks with rescue dogs, arguing it's sometimes hard to identify behavioural problems in animals coming from out-of-province.

It recommends that would-be adopters turn to local shelters or the BCSPCA to rescue animals.