A fire in a warehouse has sent dark smoke billowing into the air and fouled rush hour traffic in Burnaby, B.C. 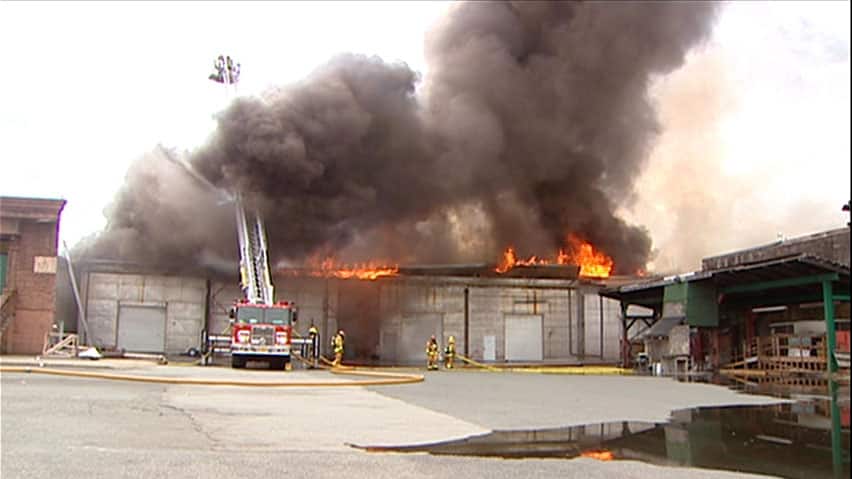 9 years ago
2:40
A warehouse fire that could be seen from around the region was apparently started accidentally by workers, the CBC's Alan Waterman reports 2:40

A fire in a warehouse sent acrid dark smoke billowing into the air, causing at least several hundreds of thousands of dollars in losses and fouling rush hour traffic in Burnaby, B.C. Monday afternoon.

There were no reports of injuries, while police rerouted commuter traffic around the site.

The fire apparently started when workers accidentally set a small shed on fire, which then collapsed onto a natural gas main. Escaping gas from the main then caught fire.

A film company, Showtime Productions, has storage lockers in the warehouse and is believed to have lost cameras, sets and a variety of other equipment in the fire.

Another business, The Retro Group, a construction contracting company, also lost equipment totalling about $500,000, according to early estimates.