Bryan Turner of B.C. killed in BASE jump, left letter for friends in case he died

A 32-year-old Vancouver man, killed Monday when his parachute failed to open during a BASE jump in Idaho, left instructions for friends to use his death to fight poverty.

'Don't waste time being upset about my dying,' wrote Vancouver man in letter to friends before death 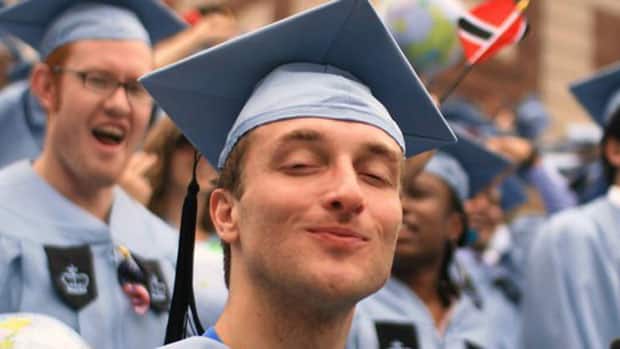 B.C. man killed in BASE jump

Bryan Turner, a 32-year-old Vancouver man who died Monday when his parachute failed to open during a BASE jump in Idaho, left instructions for friends more than a year ago to use his death to fight poverty.

Turner was one of a group of daredevils taking turns leaping from the Perrine Bridge into the Snake River Canyon, said Twin Falls County Sheriff's Office spokeswoman Lori Stewart.

He hit the water about 148 metres below the bridge deck, said Stewart.

Friends and people in kayaks pulled him from the water, and he was still breathing when he reached the shore, she said. He died from his injuries after being airlifted to a local hospital.

Left letter in case he died in BASE jump

A friend of Turner's from his time as a student at Carleton University in Ottawa said he wrote a letter to them on Nov. 13, 2013, in case he died BASE jumping.

"Remarkable … doesn't even begin to describe just how extraordinary this person was," said Zahra Aldunia of Toronto

In the letter, he acknowledged the dangers of the sport, but said he was committed to being as "safe as possible in this journey," said Aldunia.

"I like getting to know the best parts of me, and understanding the way I react in life-or-death situations," wrote Turner, according to his friend.

He implored those closest to him to continue his work fighting poverty.

"If I die BASE jumping … don't waste time being upset about my dying; be upset about the seven million kids that die every year," he wrote.

While at Carleton, Turner founded the group Students to End Extreme Poverty, which successfully campaigned for students to add a six-dollar levy to their annual student fees to help a village in Africa.

"He was the brains behind it all," said Aldunia.

Aldunia has started a petition called The End of Extreme Poverty by 2030, in Turner's memory.

Popular bridge for BASE jumpers

CBC News spoke to a BASE jumping instructor who was at the bridge yesterday and reviewed a video of Turner's fatal jump.

Tom Aiello said it appeared Turner pulled the cord to release his chute, and the pilot chute deployed, but the main parachute failed to open. It wasn't clear to him why.

The Perrine Bridge is popular for BASE jumping, as it's one of the few structures in the United States where the sport is legal without a permit, said Stewart of the sheriff's office.

"People who BASE jump are enthusiastic about their sport, I believe that they take all precautions, and sometimes things happen, and it's tragic," she said.

About 500 people a year jump from the bridge deck.

The last fatal accident there occurred in 2011, when another jumper's parachute malfunctioned, according to sheriff's records.

BASE jumping is an extreme sport in which skydivers wearing special aerodynamic suits and parachutes jump from cliffs and man-made structures. BASE is an acronym that stands for buildings, antennas, spans and Earth, the various kinds of platforms used by the jumpers.

With files from Dan Burritt, Farrah Merali and Reuters