A mother of two is sharing her story after claiming her breast implants made her sick and is suing the manufacturer for not warning of the risks.

Four years after she received breast implants, Samara Bunsko decided to remove them because she says they were making her sick.

The Maple Ridge, B.C., mother of two said her Allergan implants caused a raft of health problems, including hair loss, irregular thyroid and iron levels, headaches, fatigue and cysts which formed on her arm, cheek, ovaries and brain.

"I wouldn't do it again, in a thousand years, if I knew what effect it was going to have on my life and my health," she said.

She's the lead plaintiff in one of two proposed class action lawsuits in B.C. Supreme Court against breast implant manufacturers. Both lawsuits are awaiting certification and allege the companies didn't disclose the risks associated with autoimmune diseases or breast implant-associated anaplastic large cell lymphoma (BIA-ALCL), a rare type of cancer.

The lawsuits were filed after Health Canada decided to review the safety of breast implants.

Last month, it suspended the sale of Allergan's Biocell breast implants because of an increased link to cancer.

Plastic surgeons are scrambling to call their patients to warn of the risks and inform them what symptoms to watch out for.

While Health Canada suspended the sale of Allergan's textured products due to an increased risk of cancer, it didn't suspend the use of Mentor implants, citing lower risk.

Allergan's other breast implant products are not affected.

In a statement on its website, the company says, "Allergan continues to stand firmly behind the benefit / risk profile of its breast implant products," and it plans to explore options to appeal the Canadian health regulator's decision.

The lawsuits claim that neither company made proper disclosure to patients and doctors about the cancer risks or of the risk of autoimmune diseases.

"On the whole, our clients are saying that if they had been properly warned of these risks, they wouldn't have been implanted," said Leoni.

In the 1990's, lawsuits alleged harm from silicone gel breast implants. Patients claimed ruptured or leaking devices caused a variety of autoimmune diseases. Dow Corning, the leading supplier at the time, filed bankruptcy because of the claims against it.

Samara Bunsko says when she got the implants four years ago she wasn't told about the risk of cancer — which she doesn't have — or that she was at risk for autoimmune disease.

"Nobody mentioned to me that this could be a possible link. No one said, do you have implants when I was going for all this testing. It was never asked," said Bunsko. 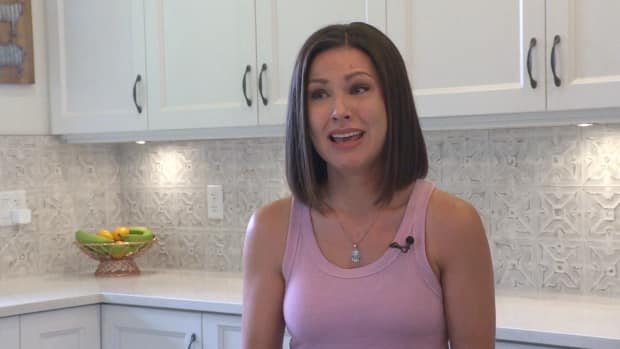 What life has been like after the breast implants were removed

2 years agoVideo
1:04
Four years after she received breast implants, Samara Bunsko decided to remove them because she says they were making her sick. Now she is the lead plaintiff in a proposed class action lawsuit and wants to share her story. 1:04

Plastic surgeons say the risks associated with autoimmune disease aren't widely recognized, which is why Bunsko wasn't warned of them.

"Breast implant illness is a lot more vague and difficult to pin down," said Dr. Peter Lennox, a plastic surgeon at Vancouver General Hospital and head of plastic surgery at the University of British Columbia.

"It is possible that it's real, it's absolutely possible. We just don't know," said Lennox.

He says the symptoms — which often include chronic fatigue, changing skin conditions, loss of hair and more — can be quite subjective.

"And in the literature, about half of women who get their implants out don't get better and so nobody knows if that means it's a residual thing or if it's something unrelated to their breast implant," said Lennox.

But Dr. Jan Willem Cohen Tervaert, director of rheumatology at the University of Alberta's Faculty of Medicine and Dentistry, says the research suggests some answers.

Tervaert says the research shows patients who are genetically predisposed to develop autoimmune disease are at a higher risk to develop symptoms.

He says those who have implants the longest are the least likely to have symptoms disappear when the implants are removed.

Health Canada says it's conducting a safety review on systemic symptoms of breast implants, including the development of autoimmune diseases and expects the review to be completed this summer.