A 12-year-old Vancouver Island boy is being hailed as a hero after helping deliver his baby brother early Saturday morning when his mother woke up too far advanced in labour to get out of bed. 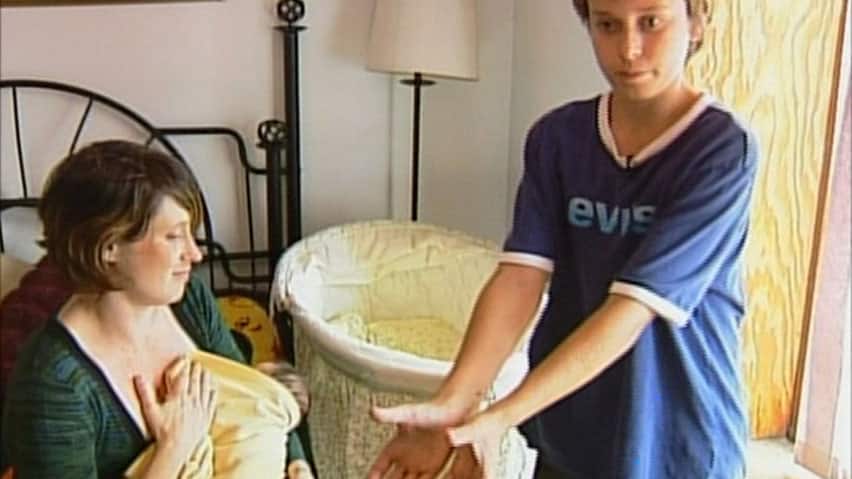 A Vancouver Island boy is being hailed as a hero after helping deliver his baby brother early Saturday morning when his mother woke up too far advanced in labour to get out of bed.

"I woke up in hard labour," said mother Danielle Edwards, who lives in Campbell River.

She had planned to deliver the baby in hospital when the time came. But just after 2 a.m. PT Saturday, she was shocked to realize the baby would have to be delivered at home.

"I couldn't even get up. I was already in the process of pushing. There was nothing I could do."

Her cries for help woke her son Gaelen, 12, who was sleeping in the next room.

When he entered his mother's room, he said he could see his baby brother emerging from his mom's womb.

"I grabbed him by the shoulders and his head was resting on my wrists," said Gaelen. "Then I gently pulled him out and laid him on the bed."

Gaelen then went to the kitchen to find scissors to cut the baby's umbilical cord, which after clamping, he cut himself.

"How did you know to do all this?" he was asked.

"I watch a bunch of medical [TV] shows," said Gaelen.

The boys' father, Kendall Strong, who does not live with the family, said Gaelen is a hero.

"He saved his brother's life," said Strong. "He was calm, he didn't freak out. It was awesome."

The family made it to hospital about 45 minutes after the birth. Danielle Edwards and her new baby boy, her fifth child, stayed in hospital until Sunday morning.

Gaelen said he had not considered a medical career before, but said he might now.