Bank of Montreal flew 15 people to remote Bella Bella, B.C., to take part in a ceremony with Heiltsuk Nation, as part of the company's response to the furor over the arrests of a 56-year-old Indigenous man and his 12-year-old granddaughter who were trying to open an account.

Bank of Montreal said on Tuesday that its representatives were grateful to be invited to the Heiltsuk community of Bella Bella to participate as witnesses in a washing ceremony.

In February, a group of 15 BMO representatives flew to the remote town on B.C.'s Central Coast in two chartered planes.

They were invited by the Heiltsuk Nation in an effort the repair the damage caused by the arrests and handcuffing of an Indigenous man and his 12-year-old granddaughter at a BMO branch in Vancouver in December, which led to protests and international media attention.

The washing ceremony was held to help the two —  and the rest of the community — to heal.

Maxwell Johnson, 56, had the opportunity to speak directly to representatives of the Bank of Montreal at the ceremony — and emotions ran high.

"You guys hurt me. You hurt my family. You hurt the whole community," shouted Johnson into a microphone at the delegation during the ceremony. 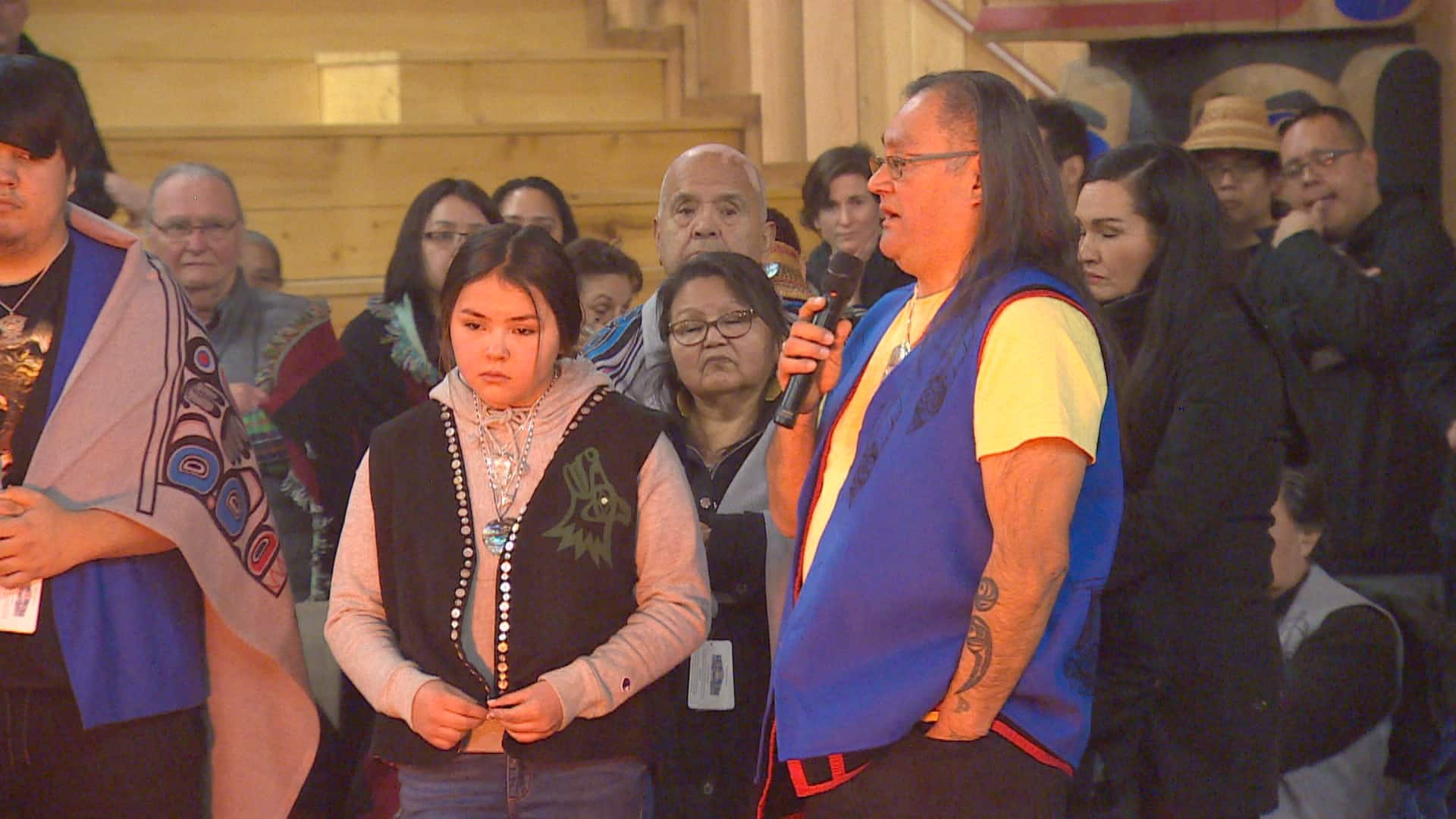 11 months agoVideo
0:32
Maxwell Johnson, 56, speaks to a delegation from the Bank of Montreal during a washing ceremony in the Heiltsuk community of Bella Bella. 0:32

CBC News also attended the event. Reporter Angela Sterritt, who originally reported on the arrests, was invited to participate as a witness.

In December, Johnson visited the bank to try to open an account for his granddaughter, so he could transfer funds to her electronically when she was on the road for basketball games.

After bank staff questioned the identification the two provided — government-issued Indian Status cards, his birth certificate and her medical card — police were called and Johnson and his granddaughter were brought out to the Vancouver police vehicle and handcuffed.

Within an hour the officers determined the two weren't trying to commit fraud and released them. Both the bank and the VPD expressed regret after Johnson's story appeared in the news.

Critics of the arrests called them an example of racial profiling.

As part of the bank's response, the group of representatives — mostly upper management — made the voyage to Bella Bella in February.

They were honoured as guests and given blankets as part of the washing ceremony in the big house. The group was then led around the central fire in a row, each representative holding their hands out in front of them, palms facing upward, as Heiltsuk members sang and drummed.

They also sat and listened as people from the community, including Johnson, spoke about the incident at the bank in Vancouver. The BMO group wasn't given the opportunity to speak at the ceremony.

Cameron Fowler, Chief Strategy and Operations Officer with BMO Financial Group, told CBC News at the time that they were just there to listen and it wouldn't be appropriate to comment.

One member of the delegation, Deborah Baker, an elected member of the Squamish council who sits on the BMO Indigenous Advisory Council created in the wake of Johnson's arrest called the ceremony a "moving experience."

She said one goal of BMO trip to Bella Bella was to make sure another incident like Johnson and his granddaughter's arrest didn't happen again.

Heiltsuk hereditary chief Gary Housty, who has the title Nác̓i, was positive about the washing ceremony experience.

"I think it was really good. I feel that there was strong words said that probably had to be said and I'm really hoping that the people from the Bank of Montreal heard it and learned from it," said Housty.

For Johnson, the ceremony helped put the arrests behind him.

"It was just a relief to get that out of my system," he said the next day. "I didn't realize how angry I was about it and how much hate I had toward Bank of Montreal. I feel so much lighter today. It's like a tonne has been lifted off me."

He said he was surprised to see the BMO representatives blanketed, but he's glad they were.

"I hope it opens their eyes to First Nations people and their culture — and it's alive and it's strong," said Johnson.