'Everybody in my circle is trying to figure out what's next — a lot of us are waiting to see which way the wind blows. The black market has two or three more years in it,' says grower in Nelson, B.C.

'It was a great life, now it's stressful,' says Nelson, B.C., underground grower

A new, legal industry has been preparing for months to serve the marketplace and that will hurt — or perhaps destroy — the province's multi-billion dollar illegal pot trade that has flourished for decades.

In its heyday, B.C. bud is believed to have brought billions into the British Columbia economy.

Those days are long gone as growers in the black market adjust to an end to prohibition.

CBC spoke to two illegal growers facing an uncertain future just as their cash crop becomes legal and agreed not to use their full names.

Jack: 'The town is already hurting'

Jack started growing pot in a Quonset hut in Chilliwack, B.C., 25 years ago.

He admits he was an amateur back then, yielding about four pounds of marijuana per crop and earning a little spending money.

He packed up and moved to the Nelson area of B.C.'s West Kootenay region in the mid-1990s when the business was starting to boom and there was a ready market south of the border and in Alberta for B.C. bud.

He also cultivated buyers for his illegal marijuana in Alberta's oil patch and began to make pretty good money, earning about $300,000 a year. 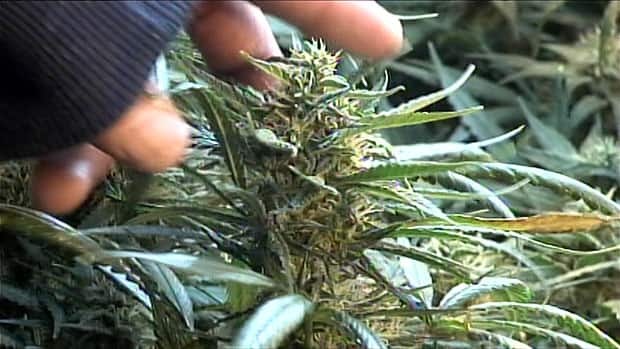 Medical pot and the drug trade

8 years agoVideo
2:32
Some legal growers are selling marijuana illegally on the side 2:32

Medicinal marijuana was legalized in Canada in 2001 and Jack got a licence to grow and transport it for medicinal users while selling to his same contacts in Alberta on the side. But prices began to slip.

By 2012, Jack says the market was awash in so-called medicinal marijuana, pushing the price of the illegal product to a fraction of the $3,000 US per pound it once fetched.

Jack says profits have been at least cut in half and it's often hard to get rid of marijuana.

He says many illegal growers are getting out of the business, expecting prices to fall even further when corporations get their marijuana to market.

Jack helps supports a legitimate business with his bud money and says communities like Nelson will suffer when the underground market dries up.

"I think it's already happened, this town is already hurting, look at all the empty stores downtown."

Jack figures he doesn't have much time before the illegal market is finished altogether and says he is preparing to retire.

"It was a great life, now it's stressful," he says.

Stuart: 'A lot of growers got out'

Stuart was a businessman from the Lower Mainland who moved to Nelson in 2000 where he opened businesses in the Kootenays and began to meet people in the marijuana industry.

They were supporting companies of their own through pot production and 'washed' money through those businesses, so he, in turn, set up a grow house in Nelson.

"That was back in the day when we had two- to four-light rooms, they don't exist any more," says Stuart adding that grow operations now are many times that size.

Stuart built his business up to three to four grow houses in the Nelson area and started helping others set up operations.

He also helped other growers sell their illegal weed and was making up to half a million dollars a year.

Much of his marijuana was going to Ontario and fetching at least $2,000 a pound. He also supported businesses with the proceeds, but as medicinal marijuana hit the market about five years ago, things changed.

Everybody in my circle is trying to figure out what's next ... the black market has two or three more years in it.- Stuart, Nelson, B.C., underground marijuana grower

"There was a massive glut of decent, but cheap, weed being grown legally," he says.

Stuart says the medicinal pot drove a lot of small growers out of the trade and the larger producers expanded.

"You kind of went one way or the other. A lot of growers got out. The established growers expanded into 24 or 36 lights. The outdoor industry has all but disappeared," he says.

Stuart says many B.C. growers are selling marijuana to dispensaries now which is technically illegal but widely practised.

With nationwide legalization in Canada, Stuart says other provinces are growing their own weed and don't need B.C. bud any more. Likewise, the U.S. market has shrunk as nine states and Washington, DC., have legalized it.

Like Jack, Stuart figures underground growers have a couple of years at most before the illegal industry is wiped out.

"Everybody in my circle is trying to figure out what's next — a lot of us are waiting to see which way the wind blows.The black market has two or three more years in it."