Charles Fipke, a Canadian diamond miner and philanthropist, has pledged $9.1 million for Alzheimer's research at the University of British Columbia in the name of his longtime friend and Alzheimer's sufferer, former B.C. Premier Bill Bennett. 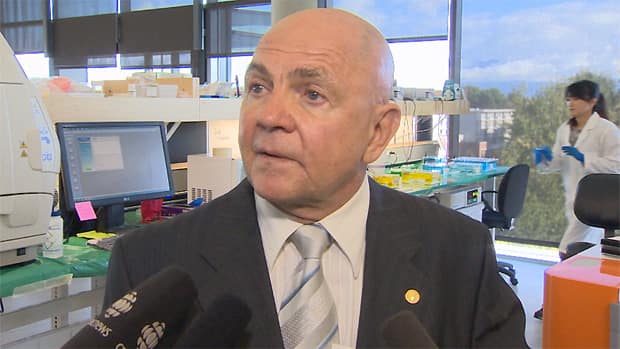 Charles Fipke, a Canadian diamond miner and philanthropist has pledged $9.1 million for Alzheimer's research at the University of British Columbia in the name of his longtime friend and Alzheimer's sufferer, former B.C. Premier Bill Bennett.

"Our family is incredibly grateful to Chuck Fipke for this generous donation to Alzheimer’s research and we are very moved by his reasons for doing it,” Bennett's son, Brad Bennett said in a press release Tuesday.

This is one of the first public acknowledgements that the former Social Credit premier is suffering from the progressive disease.

"The end game has to be to find a cure for this. We still don’t know what causes this disease and there are far too many people afflicted with it and far too many families like ours suffering the horrible consequences."

Fipke, who was born in Kelowna, and studied at UBC said, "I was stunned to learn about Bill Bennett’s illness—yet another great mind stricken by Alzheimer’s. I want to do anything I can to help UBC’s researchers find a cure."

The multi-million dollar gift includes a $3 million professorship endowment, plus $300,000 for outfitting the professor's laboratory at the Djavad Mowafaghian Centre for Brain Health, a partnership between the UBC Faculty of Medicine and Vancouver Coastal Health. Another $5.5 million will go towards the purchase of the most up-to-date brain imaging technology.

The new Fipke Professor in Alzheimer's Research is Dr. Haakon Nygaard, who joins the faculty of UBC from the Yale School of Medicine.