Alberta's biggest craft brewery is expanding across the Rockies to join B.C.'s booming craft beer industry, and says it has found the perfect location in Vancouver.

B.C.'s booming craft brewing industry is attracting interest from across the Rockies 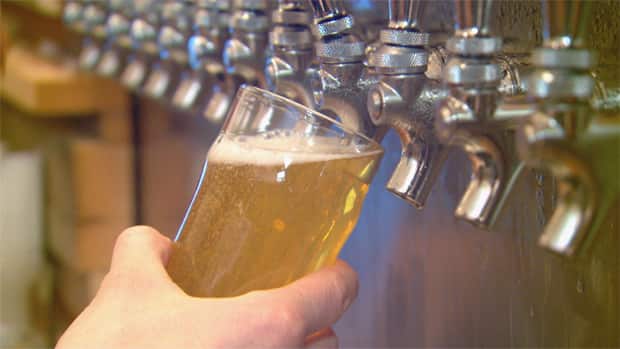 7 years ago
2:11
Vancouver's craft brewing scene has attracted a major player from Alberta 2:11

Alberta's biggest craft brewery is expanding across the Rockies to join B.C.'s booming craft beer industry, and says it has found the perfect location in Vancouver.

Big Rock Brewery announced plans this week to build a $3.5-million facility in the city's Mount Pleasant neighbourhood, at a former warehouse space near Alberta Street and 4th Avenue.

Big Rock CEO Robert Sartor says the company is looking to contribute to a vibrant beer scene — one that is growing rapidly, especially in Mount Pleasant, which already has several craft brewers.

"We are coming to the party, we are not coming to supplant anyone," Sartor said. "There is huge organic growth in that marketplace and a very sophisticated palate."

Five years ago, around one per cent of beer consumed in B.C. came from craft breweries. Now, that figure is closer to 20 per cent.

"One thing we are hearing from beer lovers is they want their beer local and fresh and if I have to ship it over the Rockies, it is not as local or fresh," Sartor said.

But Big Rock won't just be importing its Alberta recipes.

Although the new brewery, which will also operate a restaurant and a lounge, may serve staples like the Grasshopper Wheat Ale, the focus will be on never-before-seen recipes.

Darryl Lamb, a product specialist at nearby Legacy Liquor Store, where the shelves are packed with craft beer, says Big Rock's multi-million dollar expansion is a sign of the times.

"I think it says that this market is open and it's ready, and people are ready to invest that kind of money. The jobs that the craft beer industry is creating in B.C. are massive."

Lamb says the fact that some Big Rock beers will feature a "Made in B.C." brand is likely to attract new customers.

"People are really starting to trust their local breweries, and really understanding that a lot of the guys who are doing really good work in B.C. are as good as,. if not better than, the best in North America," he said.

Springthorpe said one of the reasons why craft beer sells so well in Vancouver is that people there like to support local.

"Vancouver folks have gotten a lot more sophisticated in the last five years for sure, people are really sure what they want these days, and they're looking for things that are made on their doorstep."

And craft beer may soon become even more accessible outside the brewery districts.

The B.C. government announced this week that locally-brewed beers may at some point be sold on grocery store shelves.