Over 190 neighbourhoods, almost half a million votes and it came down to the historic fishing village and hipster Mount Pleasant in the final round of the search for Metro Vancouver's best hood — and the victory goes to the villagers.

192 neighbourhoods and almost half a million votes later, victory goes to the villagers

Steveston residents already have a lot to brag about.

The picturesque fishing village on the mouth of the Fraser River has two national historic sites, the largest fishing port in Canada, a popular boardwalk, and, as many locals have attested to, a friendly, small-town feel unlike most urban communities.

Now the Richmond suburb has been crowned the winner in CBC's Search for Metro Vancouver's Best Neighbourhood, as determined by almost 500,000 votes cast during a six-week long contest that started with 192 neighbourhoods across the region.

After whittling them down week by week, there were only two contenders for the title left in the ring — Vancouver's Mount Pleasant and Steveston. The latter won with 61 per cent of the public vote in the final round.

Harold Steves, a Richmond city councillor, Steveston resident and descendent of one of the founding families of the neighbourhood, championed his community from the start of the standoff.

"People who live here are proud of where they live and a lot of people like to come to Steveston because we retained its character," said Steves, adding much effort was put in at city council in the 1960s to designate part of the neighbourhood as a heritage zone to ensure the community kept its quaint charm.

Steveston is essentially a classic suburb adjoining a fishing pier, with a main street that doubles as a storybook movie set, museums, waterfront parks and heritage markers in all directions.

Two national historic sites — the Gulf of Georgia Cannery and the Britannia Shipyards — make it a popular destination for tourists.

Mimi Horita, marketing and visitor services manager at the 126-year-old cannery, walks the boardwalk daily on her way to work and never tires of watching the fishing boats come and go, or spotting the flash of a salmon leaping from the river.

"I have the ideal commute," said the 17-year-resident.

In the early 1900s, the boardwalk was home to 15 canneries, supplied by fishermen from all over the world who flocked to the Fraser for salmon. Now, it is a popular promenade for locals and visitors alike.

"To me, it is the is the most special part of Steveston," said Horita.

Horita also loves the many annual community events, including the Richmond Maritime Festival, the Steveston Salmon Festival, and the cherry blossom celebrations in the spring.

The blossom festival also reflects the rich Japanese history and culture of the community, something Horita, whose heritage is Japanese-Canadian, says makes her feel really comfortable living and working there.

Kelvin Higo, who serves on the advisory committee with the Japanese Canadian Cultural Centre of Steveston, says the neighbourhood is a prime example of how a place can benefit when people and groups living together can also work together.

Before the Second World War, a large portion of Steveston's population was Japanese and worked in the fishing industry. Higo's own father and father-in-law both fished the Fraser's waters for many decades.

During the war, Steveston was one of the epicentres of the Japanese evacuation and the population was forced into internment camps elsewhere in B.C.

Many Japanese families returned to Steveston after the war and re-engaged in village activities. A Japanese association even provided funding in the 1950s to help build a community centre that everyone could enjoy.

"We in Steveston have always prided ourselves on taking initiatives, having fundraisers and initiating our own ideas," said Higo.

One of his personal favourite initiatives is the annual Santa Claus parade, which has been held every Christmas Eve for more than 40 years. To Higo, the small-town feel of the place really stands out during the holiday event, when locals dress up and celebrate in the streets together.

"It comes down to the people," said Higo. "In the old days, I bet you could recognize 90 per cent of the people and you would never get anything done because you would keep running into someone."

Sometimes that is still the case for Andy Hobbs, who has lived in Steveston for 25 years, raised his children there and is now watching his grandchildren grow up in the village too.

On any given day, while strolling Moncton Street or running errands, Hobbs says he is likely to bump into someone he knows.

"I just like the small town feel of it still," said Hobbs.

He said not only is the village full of beautiful heritage buildings and parks, it is also a wonderful place to raise a family and there is enough economic activity that many people can actually work where they live.

"It has a thriving little commercial area, all the amenities you need — you don't actually have to leave," said Hobbs. 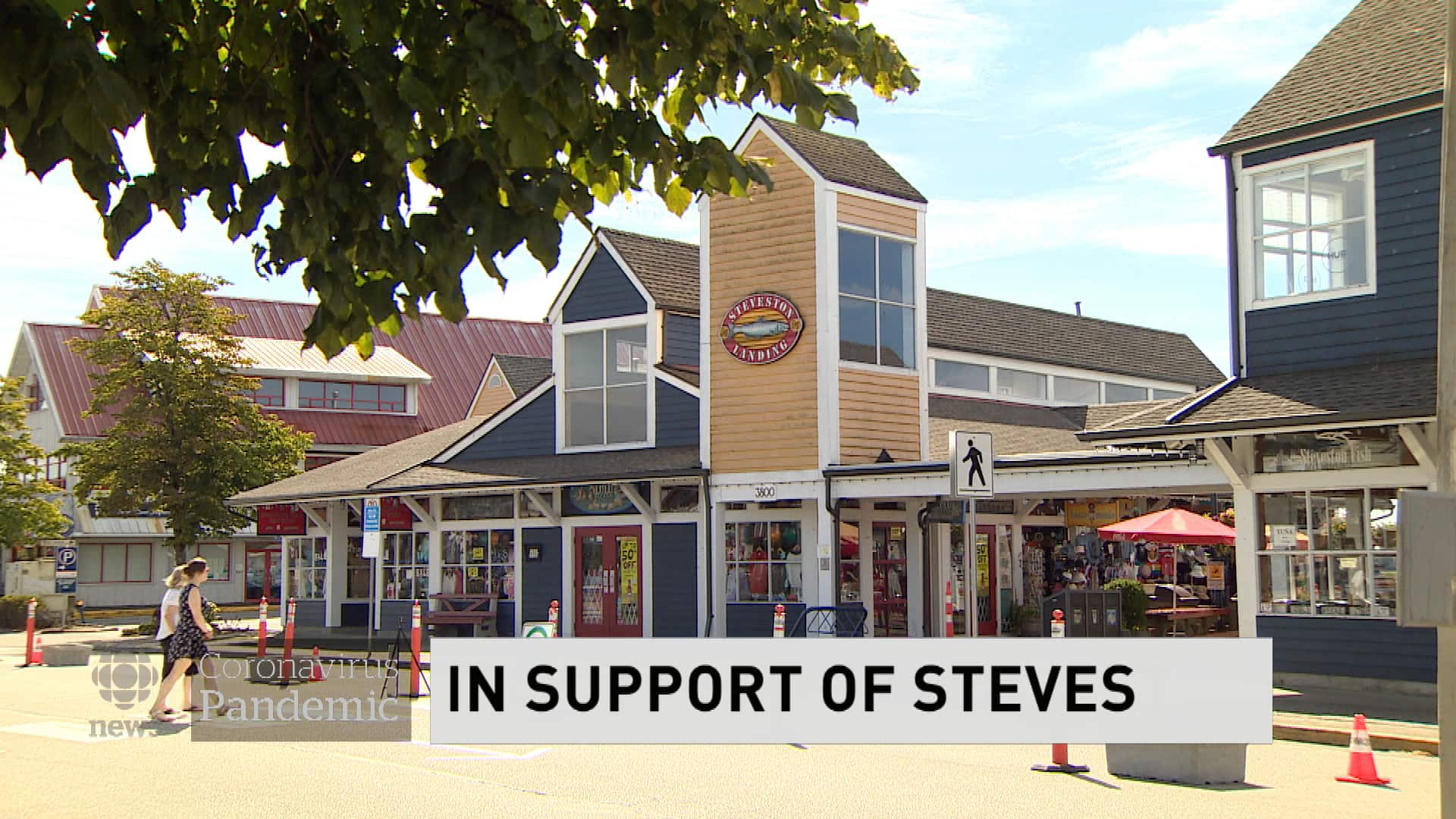 1 month ago
1:38
Steveston, in Richmond, is essentially a classic suburb adjoining a fishing pier, a main street that doubles as a storybook movie set, with museums and waterfront parks and heritage locations in all directions. 1:38

To see how the Search for Metro Vancouver's Best Neighbourhood was whittled down from 192 to two, tap here.

With files from Justin McElroy and The Early Edition