The owner of a Revelstoke, B.C., liquor store said a bear surprised him and one of his customers when it walked through the open door of his shop this week.

This is the second time a bear has walked into a shop in Revelstoke this year, says Wildsafe B.C. co-ordinator

It's not uncommon for Claudio Brunetti to tell rowdy customers to leave the Last Call Liquor Store in Revelstoke, B.C., which he owns.

But a burly black bear? Monday was a first.

Brunetti was speaking with a customer Monday evening when a bear weighing an estimated 175 kilograms (385 pounds) suddenly walked through his store's front door, which Brunetti had purposefully left open to reduce touch points during the COVID-19 pandemic.

"It turned right into the store," Brunetti said. "It didn't just stick its head in and look, it barrelled right in."

Brunetti, who also owns the aptly named Grizzly Sports Bar and Grill adjoining the liquor store, said he is used to encountering bears in Revelstoke, but to have a bear come into his store and start walking down an aisle was a shock for both him and a customer who was standing only metres away, he said.

WATCH | The bear ran down a street before taking a sharp turn into the liquor store: 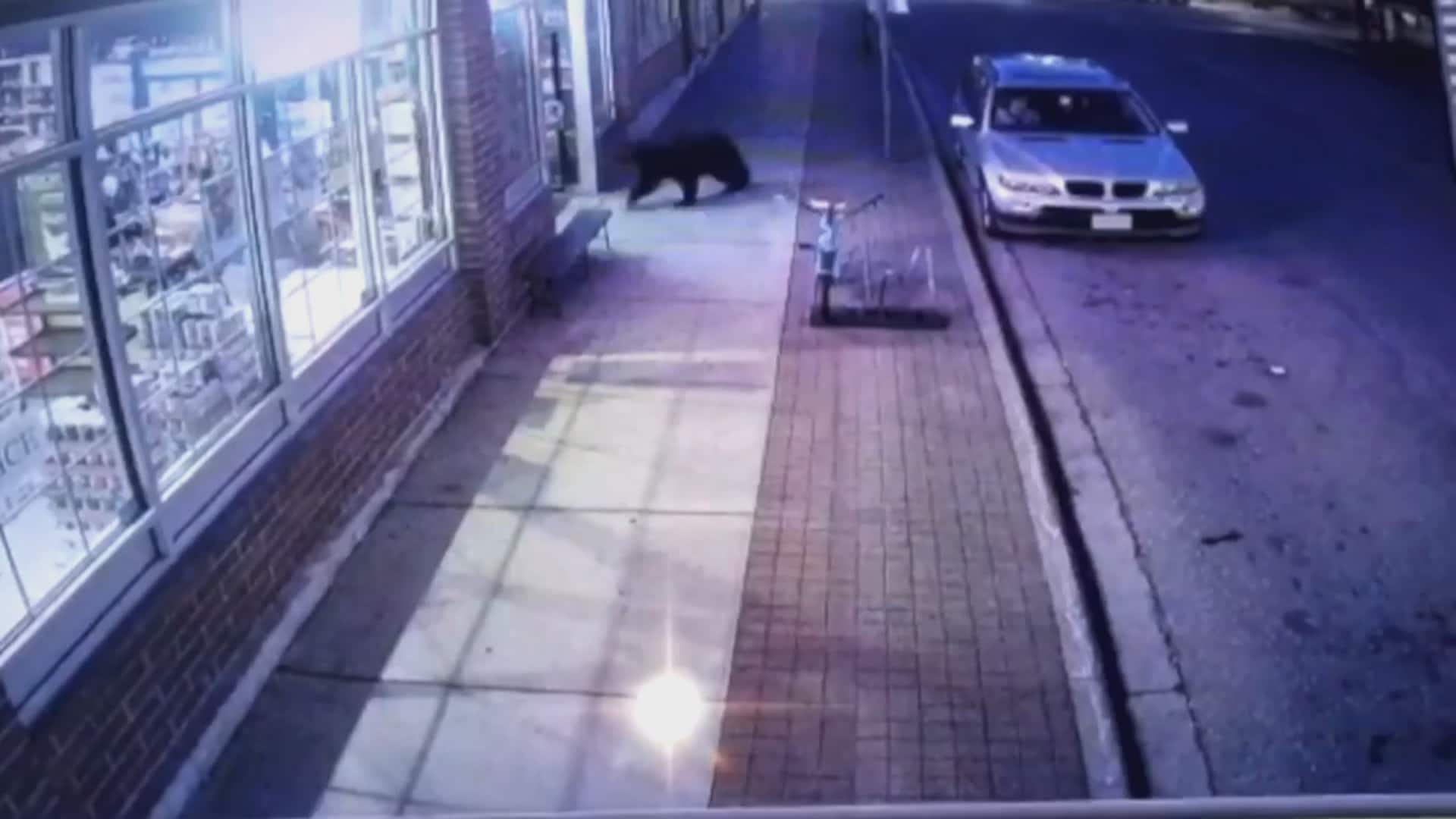 2 months ago
0:10
A black bear running down a street in Revelstoke, B.C., took a sharp right into the local liquor store on Aug. 24. (Video supplied by Claudio Brunetti) 0:10

"When the bear came in [the customer] kind of just looked and froze. He almost went into shock," Brunetti said. "He was pretty dazzled about it and he was pretty freaked out."

Brunetti yelled at the bear, "Hey, get out! Let's go!"

And the black bear did just that, he said, by turning around and walking right back out the door.

It's not uncommon for bears to be spotted in the city's downtown, because of Revelstoke's proximity to the Columbia River and the Selkirk and Monashee mountain ranges, said Revelstoke Wildsafe B.C. co-ordinator Maggie Spizzirri.

The late summer and early fall is when bear activity starts to pick up in the area, she said.

"Bears are looking to eat about 20,000 calories every single day until they go into hibernation ... in December.

The B.C. Conservation Service is tracking the bear that ran into the liquor store, she said, "to see if this bear is going to be aggressive or if it was just a one-time accident."

People in Revelstoke should keep their household garbage secure and also clean up fallen fruit from trees, Spizzirri said, in order to eliminate easily available food sources that bring the animals into the city.