In the early '70s, long before Hollywood had discovered B.C., CBC producers greenlit a show about a man salvaging logs in a West Coast fishing village. It would run for almost 20 years and have a lasting impact on both audiences and the industry.

'It showed what Canada could be or should be,' says Jackson Davies, a.k.a. RCMP Const. John Constable

The Beachcombers was greenlit in the early 1970s by CBC and ran for almost 20 years. Set in Gibsons, B.C., it followed log salvager Nick Adonidas (Bruno Gerussi) and his crew aboard the Persephone as they tracked down logs that had broken free from log booms.

With over 350 episodes, it is one of the longest running dramatic English-language television shows ever produced for Canadian television and July 30 marked the 30th anniversary of the shooting of the final episode.

To mark the occasion, actor Jackson Davies joined CBC's The Early Edition to reflect on the show and how the industry has evolved since Hollywood North was just, well, the North.

Davies, who played the tall, earnest and moustachioed Const. John Constable, is now the vice-president of the Union of B.C. Performers, the provincial trade union for performers employed in film and television productions.

"I think we had at that time one film crew," Davies said about The Beachcomber years. He said the show's crew was usually borrowed from Vancouver's Playhouse Theatre or the CBC studios in Vancouver during the summer when they could be spared.

Now, B.C. is known worldwide for having a long roster of qualified industry workers and The Beachcombers is where some of those workers learned the ropes.

So what made the show, about small town life in a tiny coastal community, such a hit with audiences?

Davies suggests it was because it provided an authentic window into a unique community, which he likened to other popular Canadian shows that also capture small town life, such as Corner Gas or Schitt's Creek.

"I think [the producers] took a little bit of an ownership in this beautiful part of the country," said Davies, noting that unlike other shows shot in Canada, The Beachcombers was actually filmed and set in a B.C. location and did not try to pass as somewhere else.

"It showed what Canada could be or should be," he added.

It was also a pretty great set to work on compared to some of the long days that are commonplace on productions nowadays.

"It was the best of times," said Davies, who noted production usually began with cast and crew sipping coffee while riding on a barge to the Sunshine Coast set and rarely ended in overtime.

The simpler set life is not the norm in B.C. anymore, with many large-scale American film productions, as well as serial television shows, now being shot all over the province.

What Davies would like to see is more productions like The Beachcombers that reflect Canada to Canadians, and the world.

"Vancouver is a wonderful industry but it's pretty difficult to name a Canadian show that was shot here in the last three years. We need more Canada on TV."

Watch footage of Jackson Davies speak about the legacy of The Beachcombers and a book he wrote about the series on the 40th anniversary of when the show first aired: 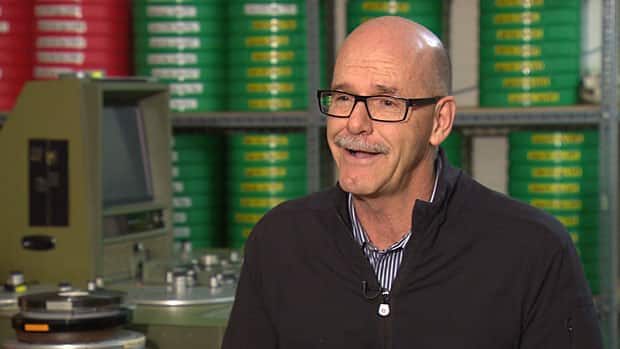 8 years ago
1:45
One of the stars of the longest running Canadian TV series in history has just released a book about it 1:45

To hear the complete interview with Jackson Davies on July 30, 2020 on The Early Edition, tap here.