Natasha Forry, 29, went to the hospital four times to receive care but her mother says her staph infection went undiagnosed and untreated until it was too late.

A B.C. mom is calling for changes to the province's wrongful death laws after her daughter died of a bacterial infection despite visiting the hospital four times over the course of 10 days.

Ann Forry believes her 29-year-old daughter, Natasha, died because of a misdiagnosis by medical staff at Lions Gate Hospital in North Vancouver, and didn't receive proper treatment until it was too late.

"She was trying to help herself and they failed her. It was complete negligence, I believe," said Ann Forry.

Forry is calling for changes to B.C.'s Family Compensation Act because, under the law, the family has no legal recourse as her daughter didn't have any dependents.

Natasha Forry first visited the hospital on Oct. 2 to drain an enlarged cyst on her leg.

She was back again on Oct. 9 with abdominal pain. A walk-in clinic advised her to go the emergency department because they suspected it was appendicitis.

On that visit to Lions Gate, her mother says, after many hours of tests, X-rays and scans, the diagnosis was swollen lymph nodes in her stomach. She was given painkillers and sent home.

Forry was unable to be with her daughter due to COVID-19 restrictions.

The next day, Forry says her daughter called her crying because of the pain.

A friend dropped her off at the hospital for a third time. More blood work was done and her mother says she was sent home with double the amount of painkillers from the night before.

On Oct. 11, Forry said Natasha called her with trouble breathing.

She died in the intensive care unit at 7:25 a.m. the next day, Thanksgiving Monday.

Staph infections are often treated by antibiotics, but Forry says her daughter didn't receive any until her last hospital visit.

During that visit on Oct. 11, Forry was allowed in to see her daughter in the ICU. She remembers motioning "I love you" to her through the glass before going in.

"They put me in the protective gear and I went in there to see her and she was really struggling to breathe. And luckily, I didn't know it was the last time I was going to see my daughter alive because I think I would've lost it," said Forry.

The doctor told Forry and her partner Darryl Hermay that her daughter had checked all the boxes for COVID-19. That's when Forry brought up the cyst Natasha had had treated a week previously.

"And he said, 'That's the first I've ever heard of it.' And that was shocking," said Hermay. "So, yeah, he said we're going to change direction now,"

Forry said that's when Natasha was given antibiotics.

"It's like, how does a healthy 29-year-old die?" said Forry. "They failed her miserably."

"This is a tragic situation, and we share our deepest condolences with the family and loved ones," the health authority said.

"We know this is a difficult and stressful situation. However, patient privacy and confidentiality prevent us from publicly discussing the details of this case. We conducted a review to examine the circumstances and our processes in the care of this patient, and will use these findings to improve care."

Case studies from the U.S. and Canada show misdiagnosis in emergency rooms happens 15 per cent of the time, according to Pat Croskerry, a professor in emergency medicine at Dalhousie University.

He said one of the most prominent biases right now due to the COVID-19 pandemic is the "availability bias," which is whatever readily comes to mind.

"People are so much on the lookout for COVID that something else can slip by them and they can miss it completely. Some people have referred to that as 'COVID brain' in health-care workers, that they've got COVID so much on their mind that it dominates their expectations of what they want to see," he said.

Natasha Forry's family has filed a complaint with the College of Surgeons and Physicians of B.C.

But they say they've been blindsided by B.C.'s wrongful death laws. Unlike other Canadian provinces, in B.C. families are not able to get compensation for grief, pain and suffering or loss of companionship.

Forry's family says they called six different law firms, but were told because Natasha didn't have dependents, the family has no legal recourse.

"It's pretty insulting, actually, because Natasha was this incredible girl, my only child, and she had a future, a bright future, which I believe had she got proper care, would still be here," said Forry.

Friends describe Forry as a vibrant, bright and creative person with a talent for crafting and a love of animals.

"She was out of this world. An amazing human. There aren't enough words in the English language to describe what this person was," said Parmis Ghodsi.

Forry had started an all-natural dry shampoo for dogs called FurScents while working as a bartender at a popular restaurant chain. The restaurant closed for two days following the news of her death.

Another close friend, Bianca Gilbert, remembers how Natasha described being in pain a few days after she had her cyst drained — but dismissed it because hospital staff had told her it would go away on its own.

So, when Gilbert found out her friend had died, it came as a shock.

"I don't know how someone can go and check themselves into the hospital three times in three days. This is a place where you're supposed to go to get help, not to be turned away," Gilbert said.

"So my initial thought was like, did someone not take her seriously? And why? How did this happen?"

Forry's family have now joined forces with the B.C. Wrongful Death Law Reform Society and have started a petition in their daughter's name.

"Right now, the Family Compensation Act only values the life of someone if they were a breadwinner, if they had an income and dependents. That's the only way they have value under the law," said Michael-James Pennie, the president of the B.C. Wrongful Death Law Reform Society.

Pennie said the law discriminates and undervalues the lives of children, seniors, and people with a disability.

Attorney General David Eby said he recognizes the issues with the law and updating it is a priority, but it's been delayed by the pandemic.

"It's a priority for me as attorney general to address it in this mandate of our government. And I look forward to doing that and it will be the memory of people like Natasha that makes that happen," said Eby.

Forry's family would like to see the law updated immediately.

"We want accountability in some fashion and justice. I mean, I've lost my only child. It's completely destroyed my life. And I'm actually still in shock that it's even happened," said Forry. 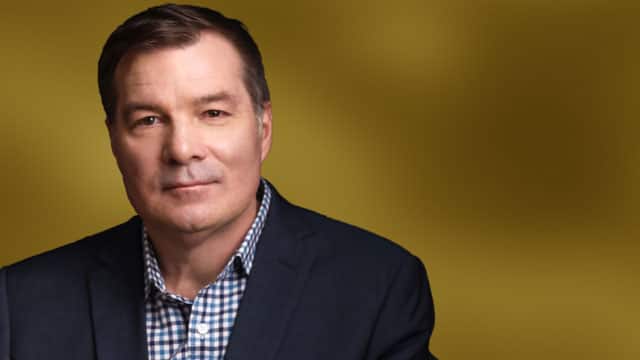 The Early Edition13:25A Vancouver family wants more accountability after their daughter died of a misdiagnosed staph infection at Lion's Gate Hospital.
Ann Forry's 29-year-old daughter Natasha went to the hospital four times for care in October. But Ann says Natasha was misdiagnosed until it was too late. Natasha died from an aggressive staph infection that went septic. The family alleges the hospital had multiple opportunities to help treat her daughter but failed. CBC Reporter Tina Lovgreen, has been following this story. 13:25
CBC's Journalistic Standards and Practices|About CBC News