More evacuations in B.C. Interior as winds whip up flames

The federal government has announced it will help B.C. battle more than 200 wildfires sweeping across the province.

For evacuation alerts and orders, visit Emergency Info BC.

For wildfires of note, visit the B.C. Wildfire Service.

Residents in the town of 100 Mile House were ordered to leave their homes Sunday evening as winds picked up and fanned the flames of the many wildfires in the tinder-dry B.C. Interior.

Authorities are urging evacuees to head north to Prince George — not to go south to Kamloops, which is already struggling to meet the needs of evacuees from other parts of the province.

Earlier in the day, the federal government announced it will help B.C. battle out-of-control wildfires sweeping through the province.

Federal Defence Minister Harjit Sajjan confirmed that the Canadian Forces are on standby.

Earlier in the afternoon, Premier Christy Clark — who was recently defeated in a confidence vote in the legislature — announced the province had created a $100-million relief fund to help those affected by the fires.

Clark and premier-designate John Horgan were both scheduled to travel to Kamloops to visit evacuees. Horgan will replace Clark when he is sworn in on July 18.

"The transition team for the incoming government has been briefed on the establishment of the fund," Clark said in a written statement.

As of Friday, the province had spent $46 million fighting wildfires since April 1.

Around 220 wildfires are currently burning across the the province. Officials said 97 were sparked on Saturday alone.

More than 9,500 people have been pushed out of their homes since Friday.

Many communities forced to evacuate are in the Interior and Cariboo regions, from Ashcroft, Cache Creek, Princeton, Williams Lake and the 100 Mile House area. 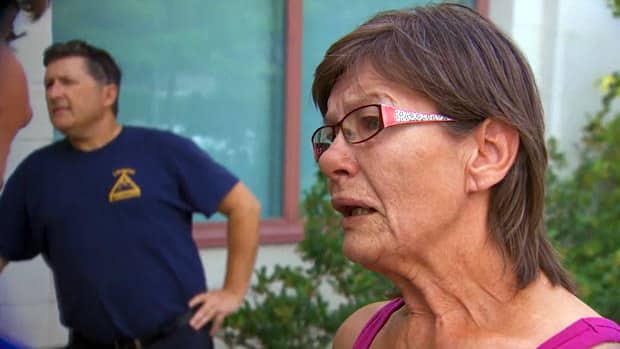 In the Cariboo, around 250 people have been relocated from health care facilities due to air quality concerns. The Interior Health Authority said it expects that number to rise to 350 over the next day.

The province also announced more than five dozen provincial parks would be closed as a precaution until further notice, including every one in the Cariboo-Chilcotin area. BC Parks said anyone currently within park grounds needs to leave immediately.

A dozen wildfires of concern were listed Sunday, burning through more than 155 square kilometres of land and and threatening buildings in the Interior and Cariboo.

Cliff Chapman, the deputy manager at the Kamloops Fire Centre, said Saturday was an unprecedented day in his career.

"I've been in this business for 17 years, from crew all the way up to where I am now, and I haven't experienced a day like we experienced yesterday," he said.

'In it for the long haul'

The B.C. Wildfire Service said hot and dry weather across most of the province in recent weeks set the stage for wildfires, but there were other unexpected factors that caused problems too.

"What we didn't see coming was the extent of wind we had yesterday ... and also a significant amount of dry lightning," said chief fire information officer Kevin Skrepnek.

"We are in this for the long haul at this point."

Temperatures in the Interior are expected to stay above 30 C through the weekend and it will be much the same in the Cariboo. Lightning and high winds are expected to continue.

Nearly 2,000 people are part of the crews battling fires across the province over the weekend.

Clark said 350 reinforcements from across Canada are due to arrive in the province early this week.

Police as well as search and rescue teams from the Vancouver area are headed to the region to help, and B.C. Public Safety Minister Mike Morris said the military may be called in.

The Canadian Red Cross is accepting donations to provide financial assistance, family reunification services, as well as cots and bedding for those forced out of their homes.

A state of emergency remains in effect for all of B.C., giving the government special authority to respond to the fires. There hasn't been such a state province-wide since 2,500 fires broke out in the summer of 2003.

More than 140 new fires broke out across B.C. on Friday alone. Many were caused by lightning, but the wildfire service said a good number were also sparked by people.

Major fires near Princeton and Ashcroft

Officials said Saturday some of the most serious fires were expected to get worse before they get better.

One of the biggest fires is burning near the village of Ashcroft, about 120 kilometres west of Kamloops. As of Saturday night, that blaze was estimated at 4,200 hectares in size.

Another wildfire near Princeton is estimated to be around 1,500 hectares in size, having grown 10-fold over the course of a day.

Cache Creek Mayor John Ranta said the fire destroyed around 30 homes at a trailer park in Boston Flats, about seven kilometres south of the village.

"I was standing on the stairs at the village office and you could see the trees candling," he said. "It was just a frightening thing to behold."

A reception centre for evacuees has been set up in Kamloops at the McArthur Island Sport Park, providing accommodation, clothes and food. Thompson Rivers University is also housing wildfire evacuees.

"Some [residents] have seen their homes go up in flames and others aren't really sure what they're going to go back to," said park co-ordinator Gord Davis.

Blazes expected to grow in the Cariboo

Farther north in the province in the Cariboo Regional District, a series of lightning strikes sparked at least a dozen wildfires in the area around Williams Lake. One blaze west of 100 Mile House had grown to 3,200 hectares by Saturday.

Another 2,500-hectare fire southeast of Williams Lake forced thousands from their homes and prompted an evacuation alert. The communities of Little Fort and Dunn Lake were also ordered to evacuate Friday night.

"It sounds like we got a little bit of moisture, which was unexpected, but welcome," he said.