Police have released security footage of a man suspected of attacking a woman unprovoked in Vancouver's West End on Saturday. Officers are hoping someone can identify the suspect.

24-year-old was attacked from behind as she walked home on Saturday, police say

Police have released security footage of a man suspected of attacking a woman unprovoked in Vancouver's West End on Saturday. Officers are hoping someone can identify the suspect.

The woman, who had been shopping on Davie Street, was tackled from behind at 9:40 p.m. PT as she walked down Maxine Lane, which is the south lane of Burnaby Street. The man grabbed her from behind and they both fell to the ground.

The 24-year-old woman screamed and the suspect ran off toward Bute Street.

"This investigation has undoubtedly created concern in the community," Const. Tania Visintin wrote in a statement. "We want to identify this individual as soon as possible. Investigators ask everyone to take a good look at this footage, and to call us if they know who this is."

WATCH | Do you know who this man is? Police would like your help identifying him: 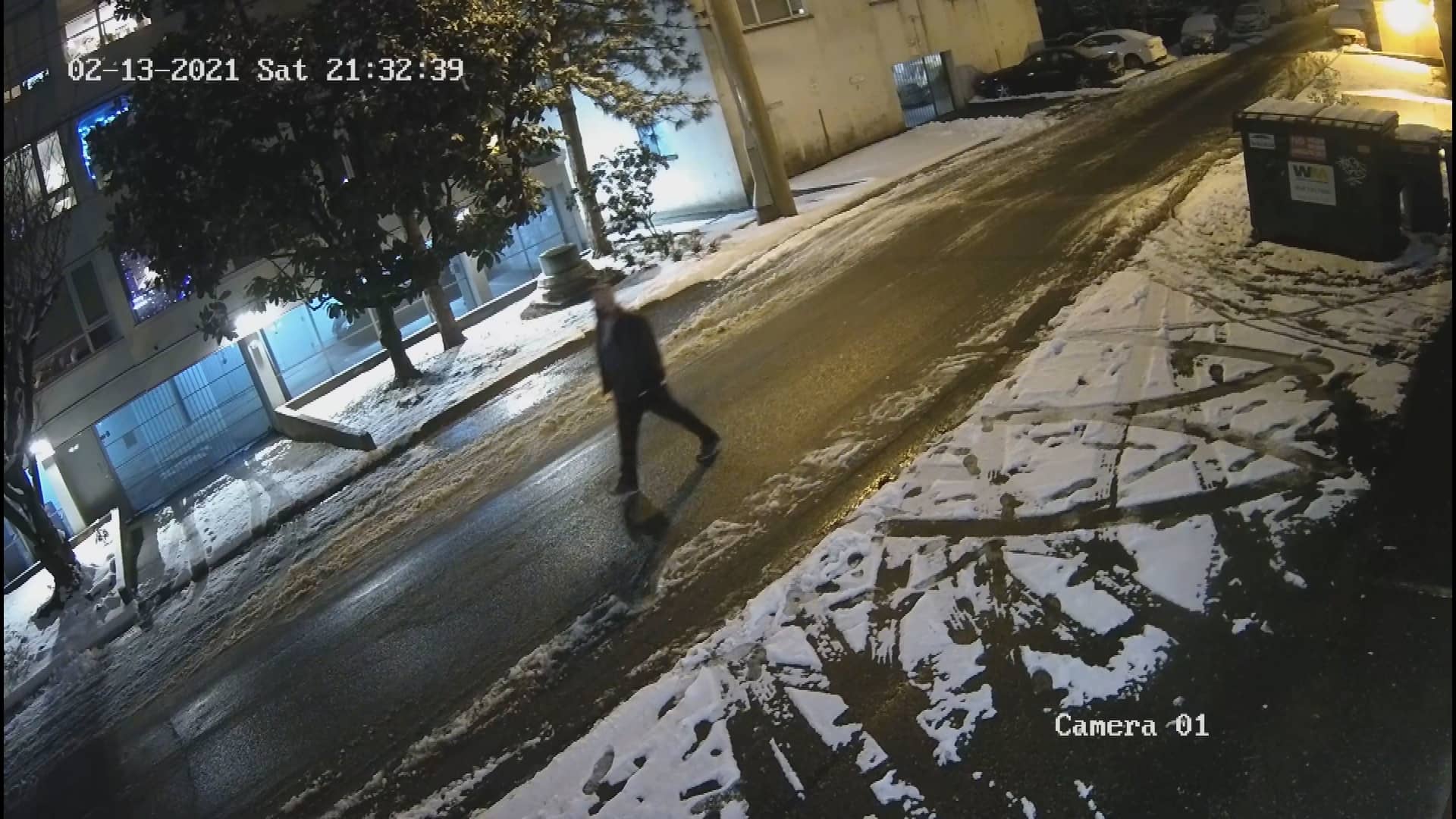 11 days ago
0:09
Vancouver police released security footage showing a suspect who allegedly attacked a woman in the city's West End on Feb. 13, 2021. 0:09

Police said in a statement Tuesday the suspect is believed to be white, about five feet 11 inches tall and in his mid 40s. He was wearing a waist-length black leather jacket, dark pants and a dark face mask.