Power restored to more than 140,000 homes after B.C. windstorm

Power has been restored to more than 140,000 homes after a nasty overnight windstorm moved across the South Coast, leaving fallen trees and sagging power lines scattered across the region.

Over 212,000 in the dark at storm's peak; Lower Mainland, southern Vancouver Island most affected

Power has been restored to more than 140,000 homes after a nasty overnight windstorm moved across the South Coast, leaving fallen trees and downed power lines scattered across the region.

More than 70,000 people are still without electricity in the Lower Mainland, on Vancouver Island and across the southern Interior. The areas around Abbotsford, Victoria and Vernon have been hardest hit.

"It is causing extensive damage to our electrical system because of branches and trees breaking and contacting our electrical equipment," said BC Hydro spokesperson Susie Rieder said of the storm, which continued east through the Interior on Wednesday.

The blowing wind, which was strong enough to wake many up overnight near the coast, at one point topped 100 km/h in Victoria and the eastern Fraser Valley. Gusts hit 91 km/h at Vancouver International Airport — the highest recorded at the airport in January since 2007. 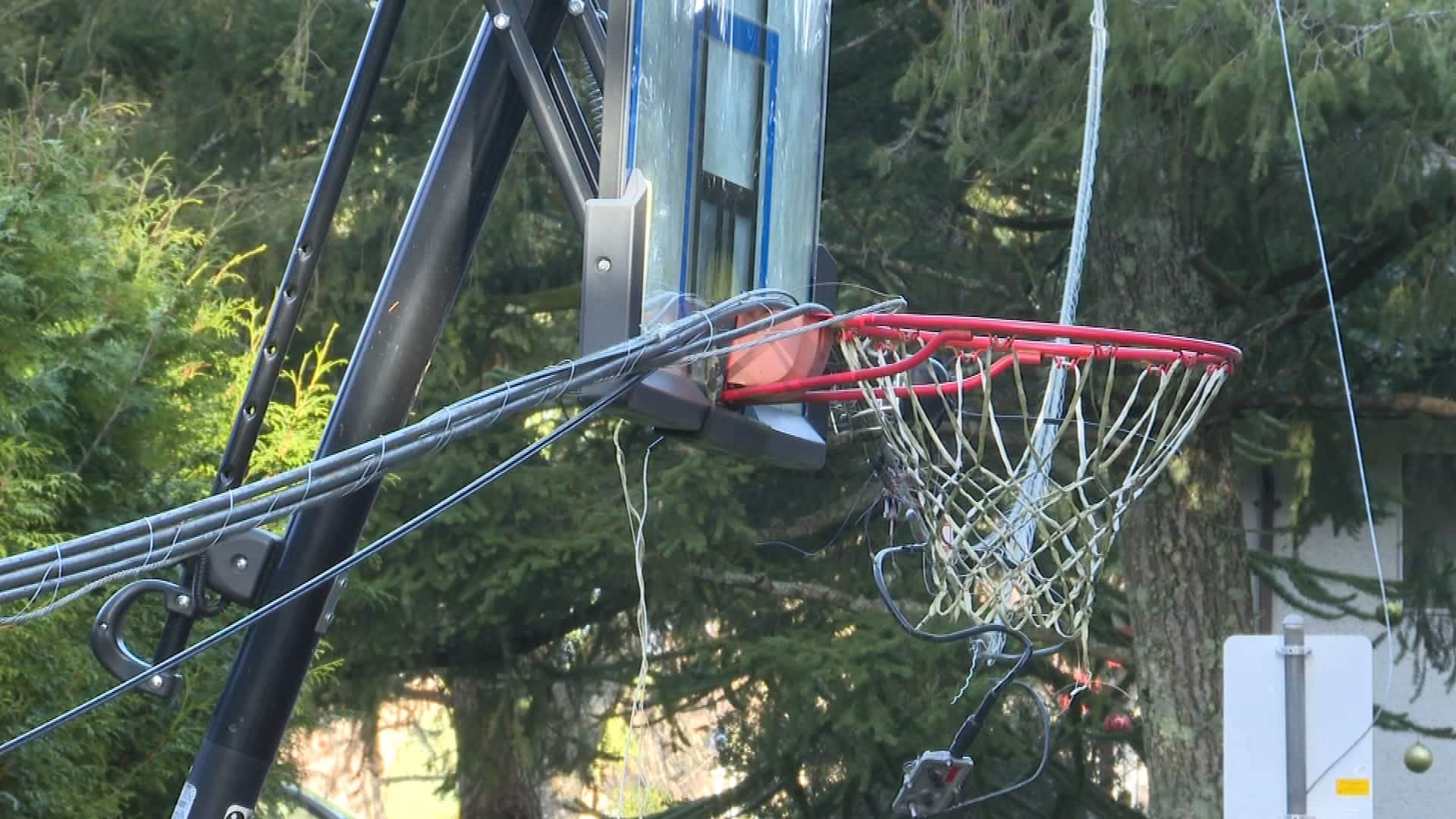 Windstorm knocks out trees and power lines on Vancouver Island

Power was out for more than 212,000 customers at the height of the storm. Trees and power lines were down across roads in a number of areas and a number of transformers were blown.

"I slept through it, but my wife who was awake ... she heard the loud bang and she heard the power go out," said Evan Norris, who lives in Central Saanich and woke up Wednesday to find trees strewn across the neighbourhood.

Rieder said crews are working as hard as they can to get power restored as quickly as possible, but warned it could be several hours before crews could get to some outages.

"It really depends on where you are in the province," she said, noting that outages are prioritized in order to get essential buildings like hospitals back online first.

The storm also dumped snow across the central Interior, with the Columbia, Shuswap and Yoho regions expected to receive up to another 25 centimetres before the system hits the Rockies.

Snowfall warnings also cover Highway 1 from Eagle Pass to Rogers Pass and the Yellowhead Highway from Tête Jaune Cache to the Alberta border.

Snow levels can change significantly between locations, so exact timing and snowfall amounts will vary. Travellers are warned that conditions can change suddenly.

Environment Canada said another storm is now approaching B.C.'s North Coast. The latest wind warning for Haida Gwaii said gusts up to 100 km/h are due to lash that region through Thursday.

With files from Johanna Wagstaffe, CHEK News and The Canadian Press