A Syrian man who has been waiting more than 10 years for his sons to join him in Canada had a tearful reunion with them at Vancouver International Airport on Thursday. 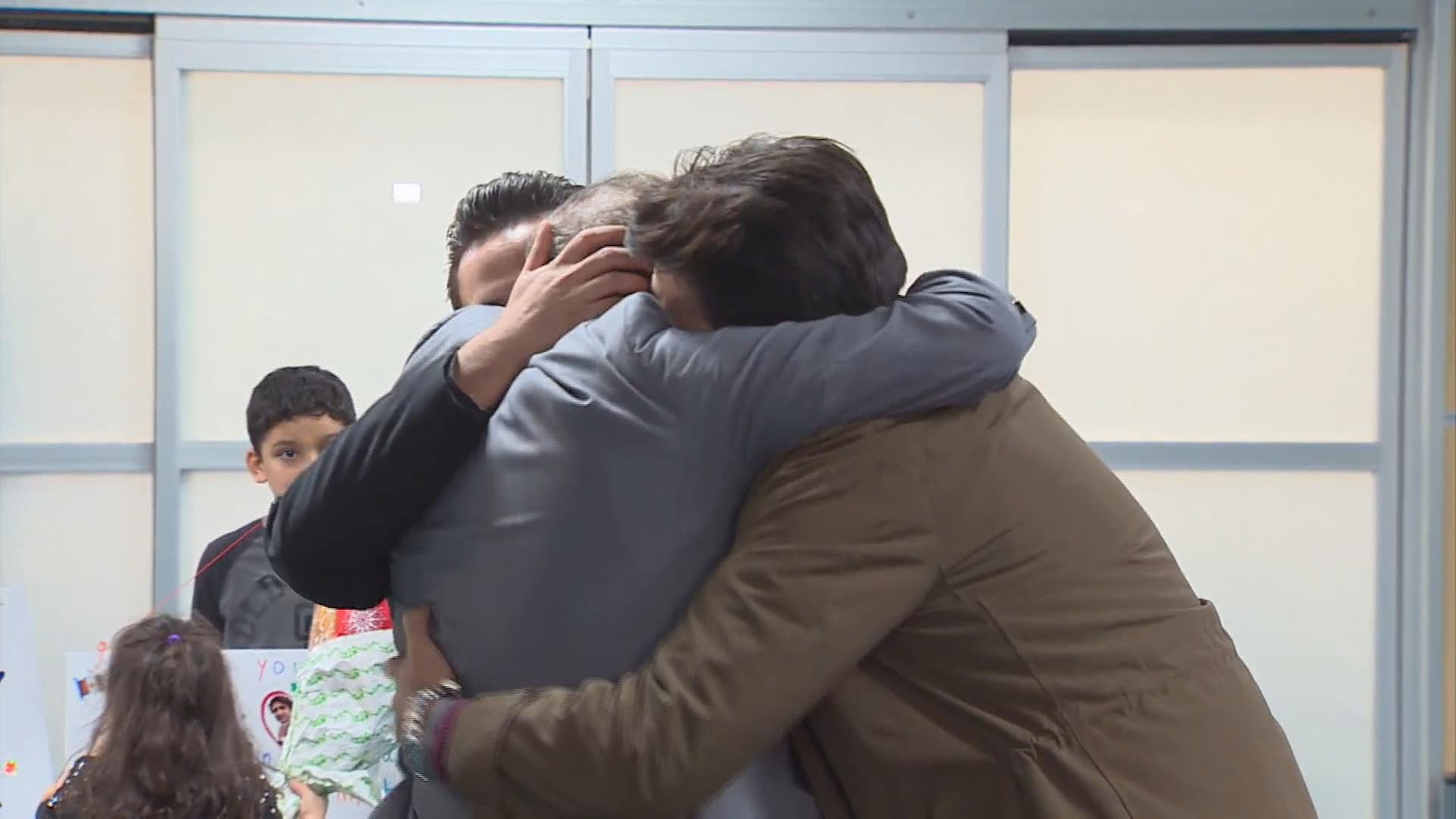 Tears and joy as Syrian family reunites in B.C.

A Syrian man who has been waiting five years for his sons to join him in Canada was finally reunited with them on Thursday.

"It's been a long time since I've expressed any feelings of happiness," said Mamon Alhomsi. "The Syrian dictatorship had wronged us for many years."

As soon as Alhomsi's sons, 25 year-old Yaseen and 23 year-old Majd, saw their father at the airport, they dropped their bags and ran to him, embracing the man they hadn't seen in more than 10 years.

Alhomsi was an independent MP in Syria. He came to Vancouver in 2010 after the current Syrian regime arrested him and put him in jail for about five years.

He was told his sons would be able to join him soon after he arrived, but he said their refugee applications were held up by Ottawa. He said has been fighting to bring them here ever since he arrived, and that they had been physically abused and arrested in Syria just by virtue of being his sons.

"All Syrian people live an unfair life, and hope to finish this war," said Yaseen Alhomsi.

The sons also got to meet their half-brother Mustufa, 9, and half-sister Mariam, 4, whom they had never met because they were born after their father fled Syria.

Sons and father alike had a definitive message they wanted to share with the citizens of their new country.

"Please help us, help Syrians reunite with their families," said Mamon Alhomsi. "It's something that we really need."

"Syrian people is a very good people ... We do not host any extreme ideas. We are moderates. We love life. Do not be afraid of Syrian people."

Mamon Alhomsi said he has gotten excellent support from social service agencies and his fellow Burnaby residents since his arrival.

"It really feels like Syria here, because of all the diversity that exists," he said. "When I first moved to Burnaby, I felt like it was Damascus."

With files from Catherine Rolfsen and Bal Brach