The B.C. government is getting legal advice to determine whether an inter-provincial travel ban would be feasible — and, presumably, whether it is constitutional — to further insulate the province as COVID-19 case numbers in other parts of Canada hit "dangerous" levels.

The B.C. government is getting legal advice to determine whether an inter-provincial travel ban would be doable — or even constitutional — as a way to protect the province while the number of COVID-19 cases soars in other parts of Canada.

Premier John Horgan on Thursday said he and other leaders will be speaking about the issue later in the day and on Friday during a virtual, two-day cabinet retreat. He said he's aiming to nail down by the end of the summit which options the government can take, if any.

"People have been talking about [a ban] for months and months, as you know, and I think it's time we put it to bed finally and say either, 'We can do it, and this is how we can do it,' or 'We can't,'" the premier said.

"We have been trying our best to find a way to meet that objective ... in a way that's consistent with the charter and other fundamental rights here in Canada. So, legal advice is what we've sought."

B.C.'s case counts have fairly consistently been in a better place than those in provinces like Ontario, Quebec and Saskatchewan. In Ontario, a strict new stay-at-home order came into effect at 12:01 a.m. local time as case counts spiked and patients crowded hospitals. The epidemiological curves in Quebec and Saskatchewan are also trending upward, while B.C.'s is now heading down after a peak in November.

Premier John Horgan says he's hearing concerns from B.C. residents about people coming from elsewhere when they're making sacrifices of their own: 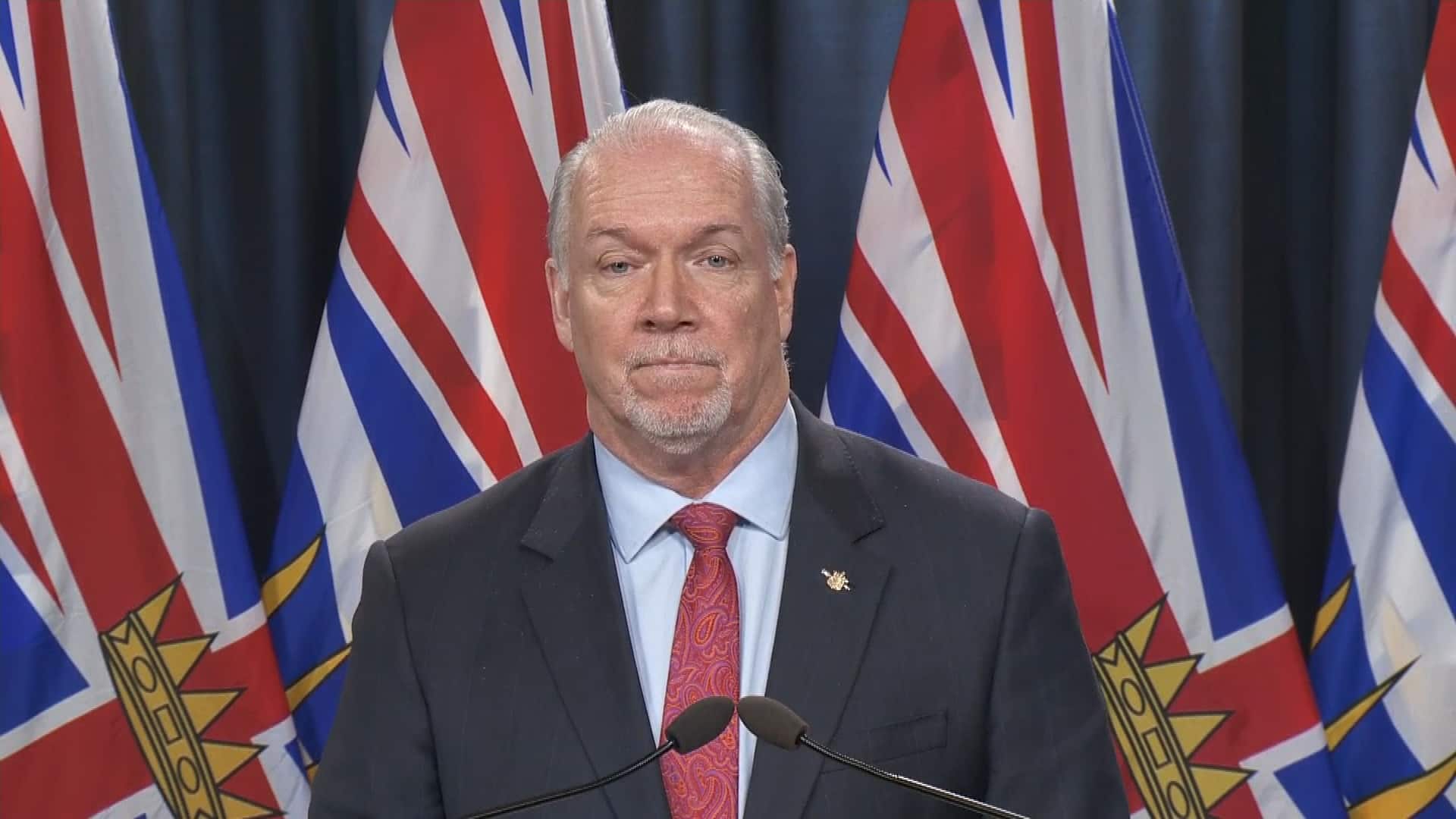 3 days agoVideo
1:32
The B.C. government is getting legal advice to determine whether an inter-provincial travel ban would be doable as COVID-19 cases soar across the country. 1:32

An emergency room doctor from Whistler, B.C., joined the call for inter-provincial restrictions this week after seeing a "worrying" number of patients from Ontario and Quebec who had travelled west over the holidays.

Horgan also acknowledged that revelations about a half-dozen Canadian politicians who disobeyed restrictions and travelled during their time off this winter "led to a firestorm of frustration and anger" that helped reignite the ban debate.

"To the ER doc and other British Columbians: I agree with you that, on the surface, [a ban] would seem an easy thing to do — to just tell people not to come here. That's not part and parcel of who we are as Canadians," the premier said, adding that he's asked provincial leaders to urge people to stay home and not travel to B.C.

"If you're asking me whether I think this is clearly unconstitutional as a concept, my answer is no," said Michael Feder, a Vancouver lawyer with expertise in constitutional law.

"I do think the devil is in the detail ... But I don't think the government is going to have a lot of constitutional worries about a ban on travel to go skiing or travel to go golfing," he continued.

Feder explained that charter rights are subject to reasonable limits if the government proves those limits are justified in order to achieve an objective. In this case, the province would presumably argue the ban is justified by the risk of increased COVID-19 transmission if tourists from hotspot provinces don't stop travelling to B.C.

"You have to be living in a cave not to understand that the situation in Quebec and Ontario is different than the situation in B.C. If the government is seeking to justify a ban based on this problem, it's not going to need to contextualize it for anyone. A court is going to understand why the government is looking at this issue," the lawyer said.

Newfoundland and Labrador is facing a constitutional challenge based on its travel restrictions for out-of-province visitors last spring. The Canadian Civil Liberties Association filed the challenge on behalf of a Nova Scotia woman who was denied entry to N.L. to attend her mother's funeral in May.

Her lawyers are arguing "no province in Canada can shut its borders to Canadian citizens."