The B.C. government has decided not to sign a $40-million agreement with Telus for the naming rights for BC Place Stadium. 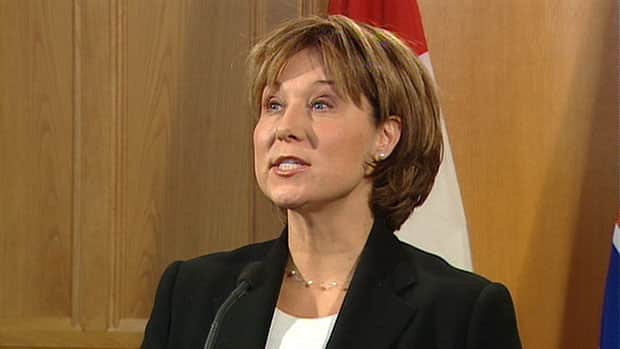 9 years ago
2:48
The Vancouver stadium keeps its name, even though Telus thought it had a naming deal 2:48

The B.C. government has decided not to sign a $40-million agreement with Telus for the naming rights for BC Place Stadium.

"We also believe British Columbians have a strong attachment to the BC Place name," he said.

"The importance of that iconic name BC Place outweighs any value we would get associated with it. Telus had very strong views in terms of wanting their own name and differentiating it from the BC Place name."

In a written statement, Telus called the decision disappointing and regrettable.

PavCo, the company that runs BC Place, will now negotiate a technology agreement with Telus, Bell said.

"The revitalized stadium provides visitors with some of the most advanced technology in any stadium in North America and helps to create a truly unique experience for guests when they attend events at BC Place."

BC Place reopened in September after a $563-million renovation, including a retractable roof, new wider seats, some of the world's largest television screens and windows that turn on a high-tech light show.