The B.C. NDP has nominated former MP Nathan Cullen as its candidate for the Stikine riding, one week after Indigenous leader Annita McPhee put her name forward for the position.

The B.C. NDP has nominated former MP Nathan Cullen as its candidate for the Stikine riding, one week after Indigenous leader Annita McPhee put her name forward for the position.

The Stikine vacancy was up for grabs after Doug Donaldson announced last Monday he won't sit for another term.

The NDP's equity mandate states that when a male MLA retires, he has to be replaced by a member of an equity-seeking group, such as a woman or an Indigenous person.

But none of the 15 equity-seeking group members that the party approached wanted to be considered, and McPhee — who is both female and of Tahltan Nation — was not among the 15 people, the B.C. NDP wrote in a statement to CBC News.

"In the aftermath of the 2019 federal NDP nomination in Skeena, Annita McPhee made it clear to many members that she never again wanted to be associated with the NDP. As such she was not approached for our search," Megan Olson, president of the Stikine B.C. NDP Riding Association, said in a statement.

McPhee rejected the NDP's statement that she never wanted to be associated with the party.

Last Tuesday, McPhee declared her desire to run for the B.C. NDP nomination in a Facebook post. She submitted her application package for nomination on Friday, but some of the signatures on the package were not valid under the party's regulations.

"While these issues were ultimately resolved this [Monday] morning, there was simply not enough time to process the application," B.C. NDP president Craig Keating said in a statement.

Keating also said the party approached Cullen — who represented the Skeena-Bulkley Valley federal riding from 2004 to 2019 — after all equity-seeking group members rejected the nomination offer. Keating did not say when Cullen submitted his application package.

McPhee said she wasn't notified until late Sunday evening that there was an error with her application package — two of her nominating members' signatures were missing.

"We emailed them back right away … and we never heard back from them. And then I read on Twitter that I'm disqualified today [Monday]," she said.

McPhee served three terms as the president of the Tahltan Central Government for the Tahltan Nation. McPhee's communications manager, Ginger Gosnell-Meyers, said she's disappointed by the NDP's decision to nominate Cullen, who should be prevented by the equity mandate to seek nomination.

"I'm really sad for all of the exceptional Indigenous leaders who will not have an opportunity for public service because someone who has inside connections is given special treatment," Gosnell-Meyers said.

It was an incredible honour to serve as MP for Skeena from 2004 to 2019.<br><br>We are now living in unprecedented &amp; challenging times. I want to offer my energy &amp; experience to help.<br><br>Today I’m excited to announce my bid to become the candidate for the BC NDP riding of Stikine <a href="https://twitter.com/hashtag/bcpoli?src=hash&amp;ref_src=twsrc%5Etfw">#bcpoli</a> <a href="https://t.co/73tzrbaXub">pic.twitter.com/73tzrbaXub</a>

In a written statement to CBC News, Cullen said he's confident in public support for him in the Stikine riding and cannot speak to the B.C. NDP's nomination and vetting processes.

NDP Leader John Horgan said the equity mandate has served his party well, and promises that equity-seeking group members will be nominated to run for the remaining four MLA ridings in B.C.'s northern Interior.

"Four of them will be contested by women from my party, two of which are Indigenous women," he said.

Listen to the full interview with McPhee and Gosnell-Meyers: 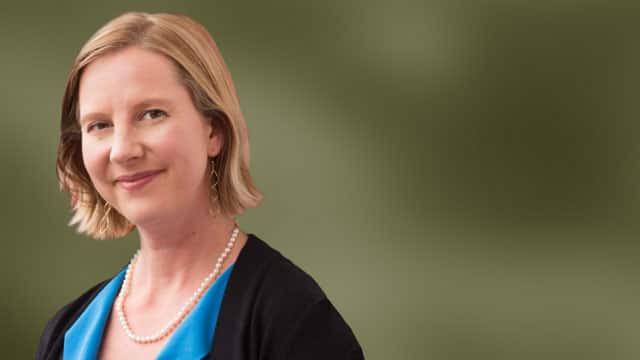 Daybreak North12:03Equity in the election: NDP chooses retired MP over Tahltan woman for Stikine riding, despite policy
The B.C. NDP's equity mandate states that when a male MLA retires, he has to be replaced by a member of an equity-seeking group, such as a woman or an Indigenous person. Former Tahltan chief Annita McPhee checks both those boxes, but she was bypassed in favour of retired MP Nathan Cullen to run in the Stikine. 12:03

With files from Andrew Kurjata and Chad Pawson