BC Hydro backs down on smart meter installation

BC Hydro confirmed Wednesday that it is not going to install smart meters without the permission of residents, but it's not clear what the Crown corporation's long term plan is.

Crown corporation says it will work with remaining 85,000 hold-outs 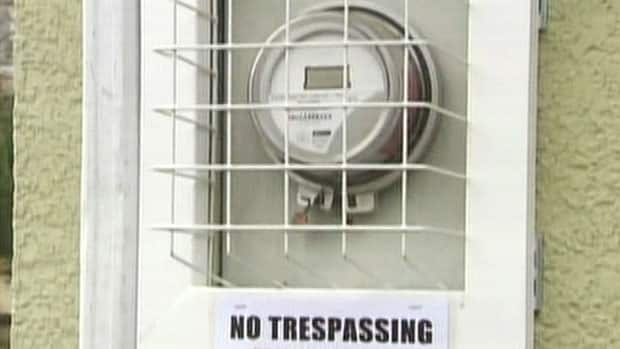 8 years agoVideo
2:22
BC Hydro says they will not force the remaining holdouts to have the meters installed 2:22

BC Hydro confirmed Wednesday that it is not going to install smart meters without the permission of residents, but it's not clear what the Crown corporation's long term plan is.

The power company says it has already installed 95 per cent of the high-tech devices, and it is going to take some extra time to work with the remaining 85,000 customers who have refused the new meters.

"We think it’s important to take some extra time to work with customers who still have concerns with getting a new meter. In the meantime we will not install a new meter for these customers unless we have their permission," said a statement issued by BC Hydro spokesman Greg Alexis.

All of the meters were supposed to be installed by the end of last year, but thousands of customers objected, citing health, safety and privacy concerns.

Alexis says about 9,000 customers who originally objected to the new meters agreed to have them installed after meeting with BC Hydro reps. Another 35,000 have yet to be installed because of other issues, such as construction delays, say officials.

The delay will likely mean nobody will have a smart meter forced upon them before the upcoming provincial election in May, but it is not clear what is BC Hydro's long term plan for the hold-outs.

Previously, Hydro has said all customers will have to have the meters installed because the system won't work if people opt out.

"With the new system in place, we have no way of getting information from the old meters without setting up a separate, expensive customized system," according to the BC Hydro website.

"If you don't want a smart meter on your house, you have the option of moving the meter to a different location on your property."

BC Hydro's new position comes after the NDP opposition called on the government to clarify its stance on the program, following some statements by Energy Minister Rich Coleman last week that indicated it was backing down on the mandatory installations.

"I am writing to assure your readers that BC Hydro will be working with its customers over the next several months to help them understand the benefits of new smart meters prior to final installation," Coleman said in a statement last week.

"During this time, BC Hydro will not install a new meter without the homeowner’s consent and will work directly with customers to address their individual concerns."

That led NDP energy critic John Horgan to call on the government to clarify the situation for the public.

"One week customers are receiving threatening letters saying the meters will be installed no matter what. The next week the energy minister pens an opinion piece saying B.C. Hydro won’t install a new meter without the homeowner’s consent," said Horgan.

"Which is it? You can’t have it both ways ... This is a government initiative, it's a BC Hydro initiative and we haven't heard categorically and clearly just what the expectations are for people who don't want a smart meter today."

"The smart meter initiative — a billion-dollar expenditure — has been rife with discord from the beginning, and the independent utilities commission has been barred from overseeing the process," said Horgan