A B.C. Green Party would move towards a basic income program, make the province carbon neutral by 2045 and spend more than $10 billion over the next three years on a host of environmental and social election promises.

'We cannot afford to go back to our old patchwork of social supports,' said Leader Sonia Furstenau

A B.C. Green Party would move towards a basic income program, make the province carbon neutral by 2045, and spend more than $10 billion over the next three years on a host of environmental and social election promises.

Green Leader Sonia Furstenau made the promises as part of the party's platform, unveiled Wednesday afternoon, saying it would target people who need help now by building a stronger, more equitable and sustainable province.

"We cannot afford to go back to our old patchwork of social supports that were not meeting the needs of people," said Furstenau.

"We need to build a more resilient society and social safety nets, that lifts people up and doesn't leave them behind."

Furstenau's plan would see basic income implemented immediately for youth aging out of care, make the temporary $300 per month top-up in emergency COVID support for disability and welfare rates permanent, index those rates to inflation going  and reduce clawbacks on earned income. 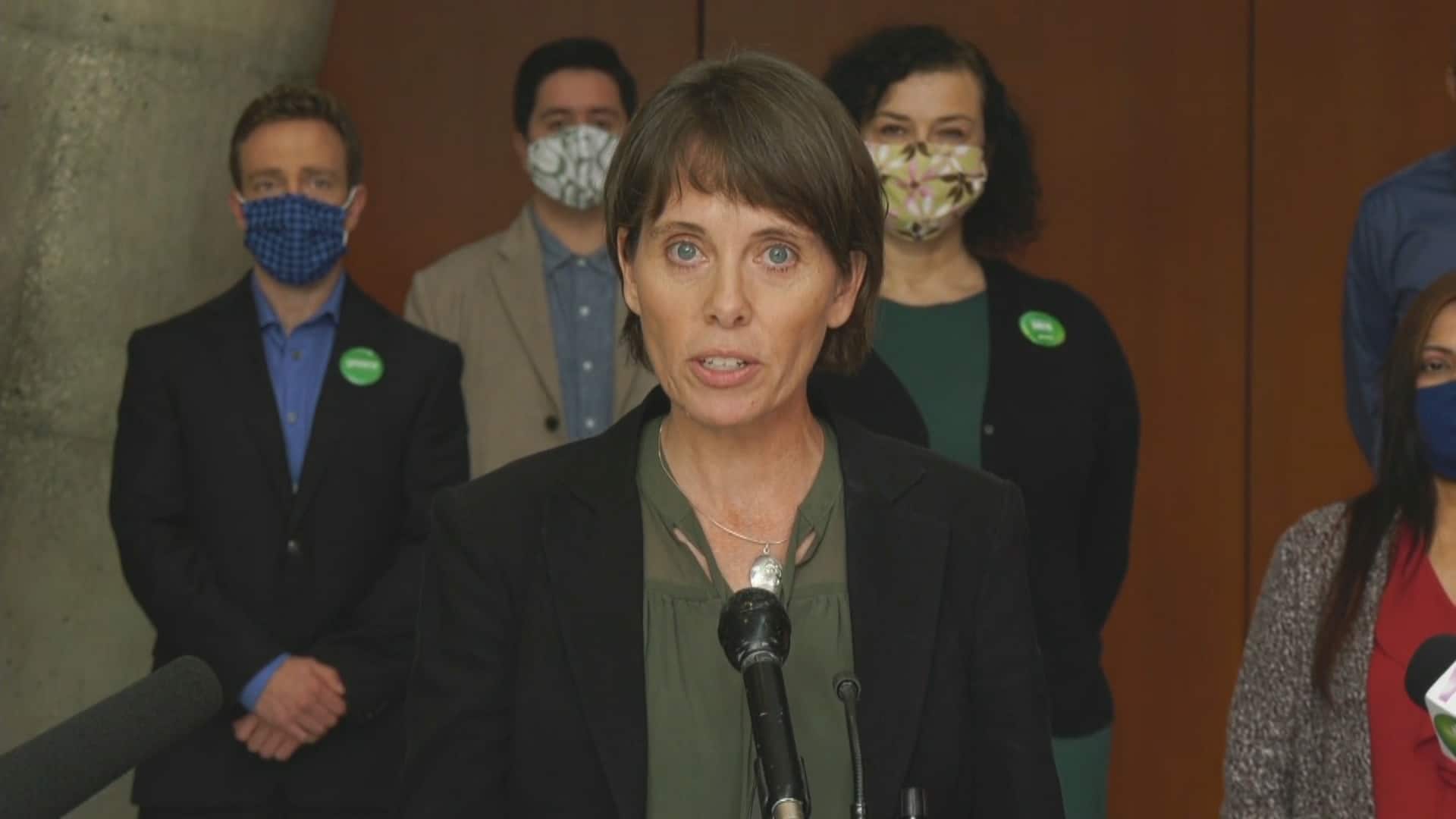 13 days ago
1:18
Leader Sonia Furstenau unveiled the last few pillars of her party's platform, including support for the education system, and promising to move forward with a basic income program. 1:18

The full platform can be found here. The B.C. Liberal Party and NDP released their platforms earlier in the campaign. The Oct. 24 general election is now just 10 days away.

In addition to income security, the platform proposes support for those who pay more than 30 per cent of their income toward rent, an accessible mental health-care system and a clean recovery plan that includes a $1-billion innovation fund.

The Greens also promise to make BC Ferries a Crown corporation once again, end oil and gas subsidies, establish a $500-million fund to support sustainable jobs, and provide free child care for kids under three with working parents (a $500/month subsidy would be given if there is a stay-at-home parent).

Furstenau, who is hoping to build on the three Green members voted in during the 2017 election, says her party is focusing on issues that will help B.C. residents in the long term.

She says both the previous Liberal and NDP governments have failed to make life better for all B.C. residents.

"We know that the government looks better when no party has all the power," she said.

"No matter the outcome of this election, we will stand up for immediate and targeted support that can get us through COVID-19. And we will hold the government accountable for positioning our economy to emerge stronger, cleaner and more equitable on the other side of this health crisis."