Just a little more than a month into the job as leader of the B.C. Green Party, Sonia Furstenau appears to have expanded her party's footprint in the province.

Just a little more than a month into the job as leader of the B.C. Green Party, Sonia Furstenau appears to have expanded her party's footprint in the province.

CBC has projected three seats for the Greens in the next legislature, with wins for returning candidate and Leader Furstenau in Cowichan Valley and Adam Olsen in Saanich North and the Islands. The party is also projected to win its first seat on the B.C. mainland, with Jeremy Valeriote projected to defeat the Liberals in West Vancouver-Sea to Sky.

It means the Greens are on track to match their record-breaking result from the 2017 election and gain one seat compared to what they had when the legislature was dissolved in September.

During a speech on Saturday night, Furstenau signalled her readiness to challenge the projected NDP majority government, a shift from the more co-operative approach of the last three years.

"We have worked hard every day to put forward a hopeful vision for how we can help British Columbians during this pandemic," Furstenau said.

She suggested the surprise election was engineered by the NDP and Leader John Horgan to "destroy their opposition," but said they didn't quite succeed.

"What this election has shown is that British Columbians are not willing to give the government a pass on things like climate change, logging of old growth forests and the holes in the pandemic recovery plan," Furstenau said.

The NDP's projected majority, however, means the Greens will no longer hold the balance of power in the legislature.

But Olsen said he and Furstenau are returning to the legislature with a wealth of experience they didn't have when they started as first-term MLAs three years ago.

"Sonia and I are going to be prepared to go in there and hold them accountable," Olsen told CBC. 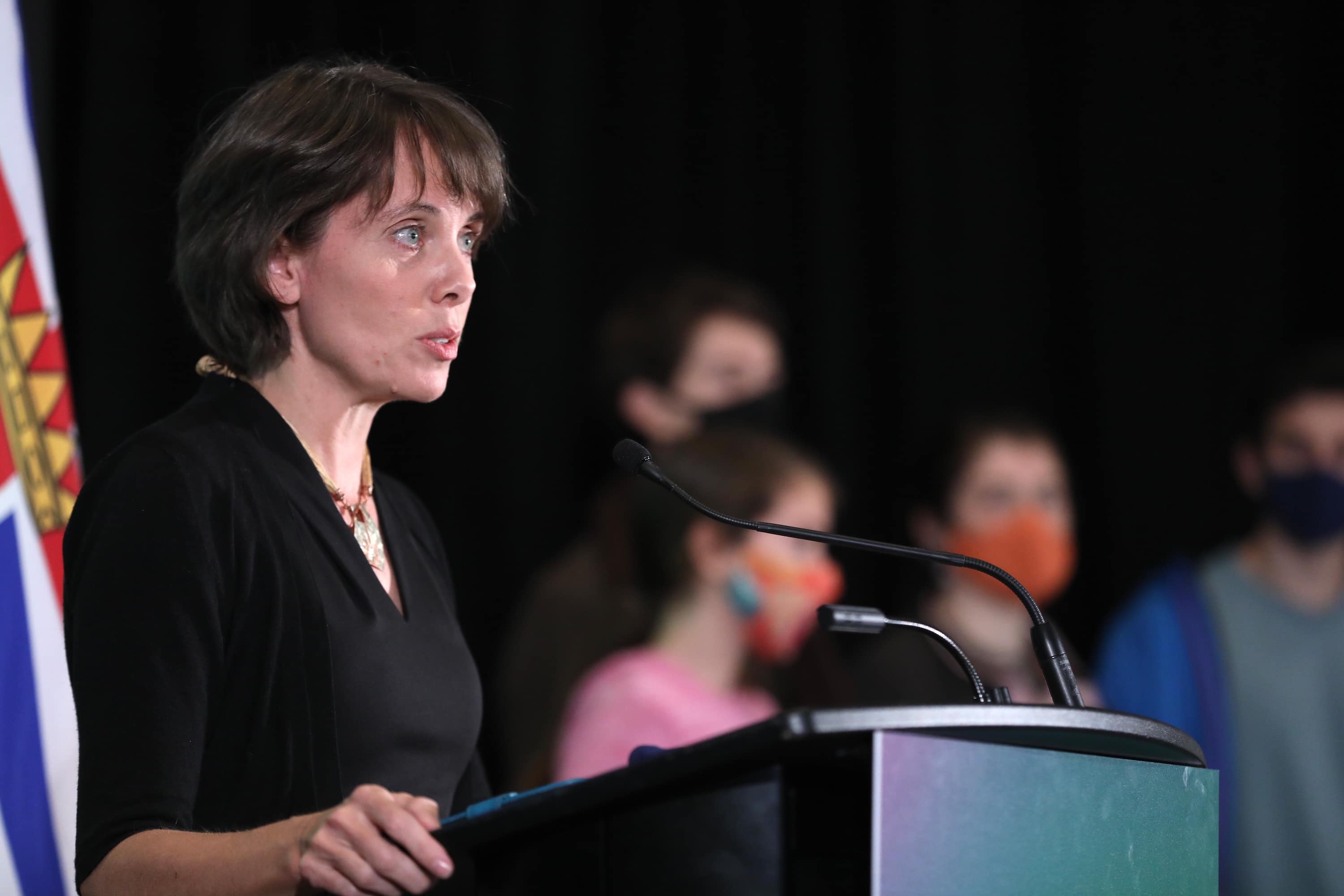 3 months agoVideo
1:30
Leader Sonia Furstenau says although her party no longer holds the balance of power in the legislature, it will continue to hold the government accountable. 1:30

The party has seen some highs and lows over the last few years, beginning with its historic results in the 2017 election. Its record-high three seats gave it the power to play kingmaker in a situation where either the Liberals or the New Democrats could have formed government.

Former Green Party leader Andrew Weaver used those three seats to prop up an NDP minority for three years before the snap 2020 election, thanks to an agreement on matters of confidence and supply.

Furstenau has only been party leader for a little over a month, taking over after Weaver stepped down in January, and she was forced to hit the ground running when an election was called just a week later.

Weaver had been the first Green ever elected to the B.C. legislature, but he left the party caucus to sit as an independent not long after he stepped down as leader.

By this spring it was clear there was lingering friction with his former colleagues. In May, he used Twitter to lash out at Furstenau and Olsen, saying they "were afraid to stand up to the B.C. NDP" over LNG development.

Weaver revealed he had been ready to break ranks with the New Democrats over the LNG Canada project and force an election in 2018, but said he was outnumbered. At the same time, he complained that the party has shifted too far left from the centrist position he preferred.

It's clear that rift has not healed — though he did not run in the election, Weaver endorsed John Horgan's NDP.