How will voting work in B.C. during a pandemic?

What we know about the way voting in the Oct. 24 provincial election will work, and how you can exercise your democratic right safely.

What we know about the way voting in the Oct. 24 provincial election will work

Ready or not, British Columbians are heading to the polls on Oct. 24.

NDP Leader John Horgan called the snap election on Sept. 21, just 32 days before voting day. More than half a million mail-in ballots have already been sent to voters and advance voting begins this week.

Here's what we know about the way voting will work during a pandemic, and how you can exercise your democratic right safely. Be sure to register to vote with Elections BC.

Can I vote online?

No. Elections BC said there are still too many security risks.

"An independent panel on internet voting explored the possibility of internet voting in a B.C. election in 2014, and found that the security risks are too great. Since then the situation hasn't changed: the technology isn't where it needs to be to ensure a secure election," read the office's website.

What about by phone?

Voting by phone will only be an option for at-risk voters and those who cannot vote another way. This includes people with disabilities or underlying health conditions as well as those living in a hospital or long-term care facility. It also includes people who are in self-isolation because they were exposed to COVID-19.

People voting by phone need to register in advance. They will confirm their identity to an operator before their call is transferred, anonymously, to a separate team to log their vote.

Telephone voting is a more cumbersome process than voting by mail, according to Elections BC, and is only best for those will accessibility issues and those living in care.

So, will I have to leave my house to line up and vote?

Not if you don't want to. There will be seven days of advance voting and the opportunity to vote by mail.

"There will be ample new opportunities through advance voting as well as mail-in ballots to ensure that people can participate in our democratic process from the comfort of their own home," Horgan said.

Voters who are feeling sick, self-isolating or who have COVID-19 should not go to a voting place in person. They should contact Elections BC for guidance on how to vote safely.

WATCH | Horgan explains the decision to call a fall election: 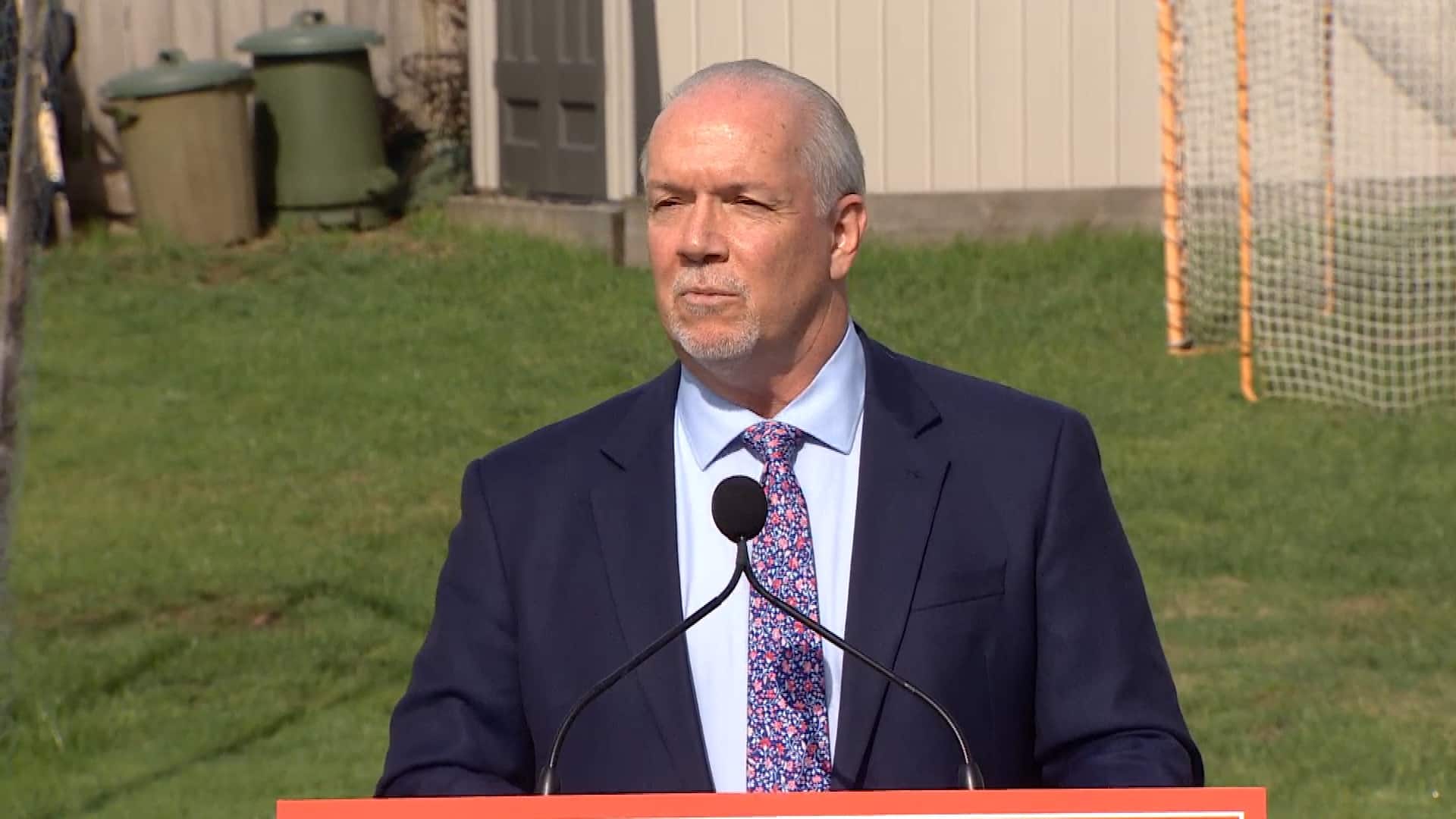 1 month ago
1:16
Horgan says the decision was not easy, but delaying the vote risks "instability." British Columbians will go to the polls on Oct. 24. 1:16

When is advance voting?

Seven days of advance voting is one day more than the six allotted in 2017. According to Elections BC, the additional day gives voters more options and will help reduce crowding at voting sites.

Advance voting locations will be open from 8 a.m. to 8 p.m. local time.

When can I vote at a district electoral office?

How do I get a mail-in ballot?

Voting by mail is a safe option for those who have underlying health conditions and those who do not want to vote in person, according to Elections BC.

Any voter in the province can request a vote-by-mail package from Elections BC online or by calling Voter Services at 1-800-661-8683. The package will be mailed to you or you can pick it up at one of 88 district electoral offices in B.C.

If you request your ballot before candidates nominations close on Oct. 2, you will need to find the names of the candidates in your district and fill in the names yourself. Be careful to spell the names properly and write clearly.

You can also mark the political party for which you wish to vote.

Ballots requested after Oct. 2 will come complete with candidate names.

What is the cut-off date for a mail-in ballot?

Your package needs to make it back to a district electoral office before 8 p.m. PT on Oct. 24, or your vote will not count. If you are mailing your package, rather than delivering it to the office in person, do it as early as possible.

Provincial Health Officer Dr. Bonnie Henry has been working with Elections BC to ensure voting in person can be done safely, and Chief Electoral Officer Anton Boegman said voters will not have to choose between safeguarding their health and exercising their right to vote.

Elections BC said voters must wear a mask in order to cast their ballot in person. They can bring their own or use one provided by Elections BC. Voters will not be asked to remove their masks. They will be asked to sanitize their hands before and after marking the ballot.

Voters may also bring their own pen or pencil to the polling station if they wish.

Other pandemic voting protocols include:

Other voting practices are also going to be a little different. For example, voters will be asked to make a verbal declaration of their eligibility instead of signing a voting book. The public is also asked to dress appropriately if the weather is poor, in case they have to line up outside to ensure physical distancing.

"Dr. Henry and Elections BC have worked very, very hard to make sure that British Columbians will not be putting themselves at risk. Just as we're going to work, just as we're shopping for groceries, we can vote safely," said Horgan.

How will I hear from politicians if they aren't out on the campaign trail?

Candidates are usually accessible to the public and the media over the course of an election campaign, hitting the campaign trail to plug their election platforms and answer accountability questions. Much of the campaigning this year will be done remotely because of the pandemic, but the internet is not always going to reach everybody.

Horgan said campaigns will comply with public health orders and get "creative" to engage with the public.

"As with all campaigns, leaflets will be available door-to-door, I'm sure, and information about candidates in local constituencies will be available through a variety of platforms, not just the internet. The good news is many seniors have landlines … being able to contact those who are not adept at the internet is going to be the easiest part of the campaign, quite frankly, but it will be different," he said.

Campaign staff and candidates are subject to the same public health rules as anybody else in B.C.

Wait, the election is on a Saturday?

Yes. Under legislation passed in October 2017, provincial elections in B.C. are to be held on the third Saturday in October instead of the second Tuesday in May. At the time, David Eby, then attorney general, said the change was made so January budgets could be debated and passed before an election.