Party leaders' responses to a question about white privilege in this week's B.C. election debate have left some observers with big questions about how a lack of understanding on issues of racism could affect how they govern.

Party leaders' responses to a question about white privilege in this week's B.C. election debate have left some observers with big questions about a lack of understanding on issues of racism.

During Tuesday's debate, the leaders were asked to explain how they've reckoned with their own privileged positions as white people.

In one of the most talked about moments of the night, NDP Leader John Horgan spoke of playing lacrosse with Indigenous young people and suggested, "I did not see colour."

June Francis, co-chair of the Hogan's Alley Society board of directors, described that answer as "stunning" in light of this summer's protests over anti-Black racism, and said it demonstrates the depth of Horgan's privilege.

"It means that he can walk through the world and never confront racism," she told CBC. 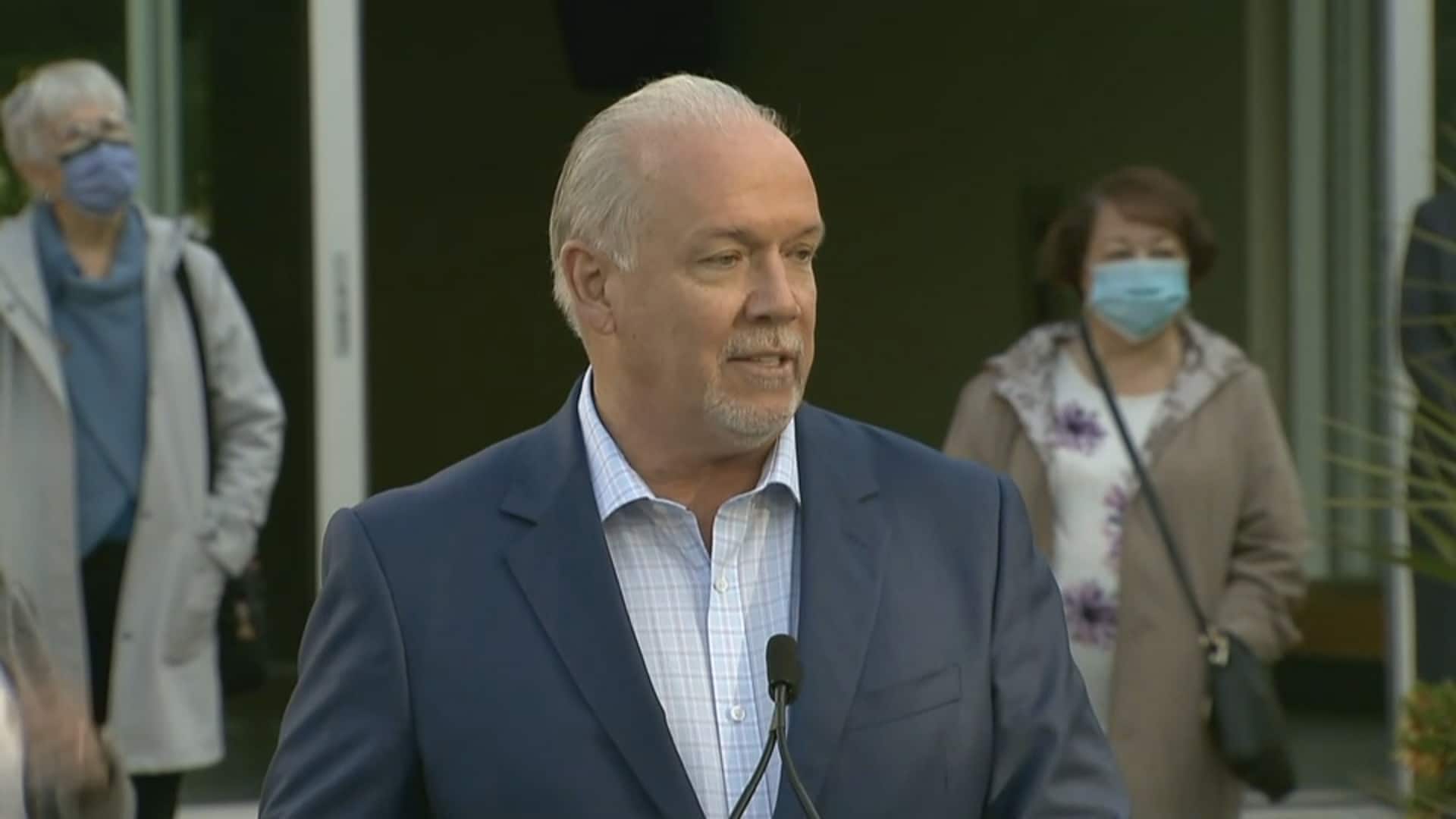 15 days ago
1:03
John Horgan says he regrets saying he didn't see colour growing up on Vancouver Island when asked about how he's reckoning with his white privilege. Horgan says he's promising to do better in the future. 1:03

Francis said that as premier, it was Horgan's job to govern on behalf of everyone who lives in B.C., and if he's blind to race, he's also blind to the systemic racism that many British Columbians live with.

Horgan apologized for his comment immediately after the debate, calling it inappropriate and saying, "I'll never fully understand, as a white person, the lived reality of systemic racism. I'm listening, learning and I'll keep working every day to do better."

This is the answer I wish I gave on stage. Saying "I don’t see colour" causes pain and makes people feel unseen. I’m sorry. I’ll never fully understand, as a white person, the lived reality of systemic racism. I’m listening, learning, and I’ll keep working every day to do better. <a href="https://t.co/Rbr7h0JOyh">pic.twitter.com/Rbr7h0JOyh</a>

But for Genevieve Fuji Johnson, a political science professor at Simon Fraser University, that apology suggests Horgan still doesn't quite understand the issue.

"So often, colour blindness is synonymous for words like neutral and fair, and to make the suggestion that beliefs and behaviours and laws and policies and institutions are neutral or fair just totally glosses over the myriad of forms of oppression and indeed violence that racialized people and minorities face at the hands of supposedly neutral laws and institutions," she said.

Liberal Leader Andrew Wilkinson's answer to the same question was also troubling for some of those who watched the debate. In his response, the Liberal leader told a story about working as a doctor and delivering an Indigenous baby who was later named after him.

"Instead, he told this story about himself and how glorious his experience was," she said. "It was deeply troubling, actually."

Wilkinson expanded on his comments Wednesday at a campaign stop in Kitimat, on B.C.'s North Coast.

"In medical practice, I became very much aware of the particular struggles of Indigenous people in dealing with the health-care system and in dealing with society's other structures,'' Wilkinson said. "The idea that people in our society are somehow treated differently because of the colour of their skin or where they grew up or who their parents are is not acceptable.''

He said he grew up fortunate as a white male and it wasn't until his teenage years that he realized he received different treatment than others.

"It's wrong. It's not fair,'' said Wilkinson. "I've suggested in the [Liberal] platform there should be anti-racism training for everybody in the provincial government.''

Green Party Leader Sonia Furstenau's response during the debate earned praise from some corners. Furstenau acknowledged the existence of systemic racism in the criminal justice system.

Francis said that answer was "fantastic" but that she remains concerned about the lack of diversity among Green Party candidates.

Fuji Johnson, on the other hand, said Furstenau missed an opportunity to discuss how systemic racism is pervasive in all Canadian institutions, from health care to education.

"I gave her a C, maybe a C+. I would say her response was adequate," Fuji Johnson said.

Meanwhile, there were some other concerns about the debate's lack of focus on issues that matter to Indigenous communities.

CBC journalist Wawmeesh Hamilton pointed out that the only mention of reconciliation came during discussion of energy projects.

"I began to wonder, with no mention of it, if we reconciled. ... Did I miss something?" he said.

There was also nothing about the unique concerns of urban Indigenous people, who represent the majority of the Indigenous population in B.C.

Hamilton argued that the debate should have had an entire section devoted to the question of reconciliation. But as he noted, no Indigenous journalists were included on the panel that drafted questions for the party leaders.

"A step back was taken where reconciliation and Indigenous issues were concerned," he said. "Some soul searching needs to be done, stock should be taken and corrections need to be made."

With files from Tina Lovgreen and the Canadian Press