The B.C. government is promising continued balanced budgets over the next three years thanks to a new tax on the highest earners, sugary drinks, vaping and companies like Netflix.

The B.C. government is promising continued balanced budgets over the next three years thanks to a new tax on the highest earners, sugary drinks, vaping and companies like Netflix.

"We're asking those at the top who benefit most from our economy to contribute a little bit more," Finance Minister Carole James told reporters on Tuesday as the province unveiled its new budget.

"This really is a budget that builds a stronger British Columbia: not for a few at the top, but for everyone."

But it also announced three new tax measures to help achieve that:

James said the increase to the top tax bracket — the second in three years — still leaves B.C. with the third lowest income taxes in the country for people making under $475,000.

"This will help to deliver the infrastructure and services that create good jobs and keep B.C.'s economy moving," she said, arguing the new taxes were required to ensure the province wouldn't have to cut funding to ministries at a time when the economy was slowing.

Outside those announcements, it was a relatively stand pat budget by the government, as it continued to build upon programs announced in previous budgets.

However, there were some notable increases to planned spending.

The government will spend around $130 million more on education this year than originally planned, due mostly to higher than projected enrolment. Around $50 million more will be earmarked over the next three years for the homeless, including 500 additional shelter spaces.

Further, spending in the next fiscal year on health care — long the biggest driver of costs in the provincial budget — is now $22.2 billion, up from an anticipated $21.5 billion 12 months ago.

The newly announced B.C. Access Grant will replace a former program for post-secondary students and will provide money up front, rather than upon completion of a degree.

The new program will cost an additional $4 million a year (from approximately $37 million to $41 million), but students going to private universities or from high-income families will no longer be eligible. 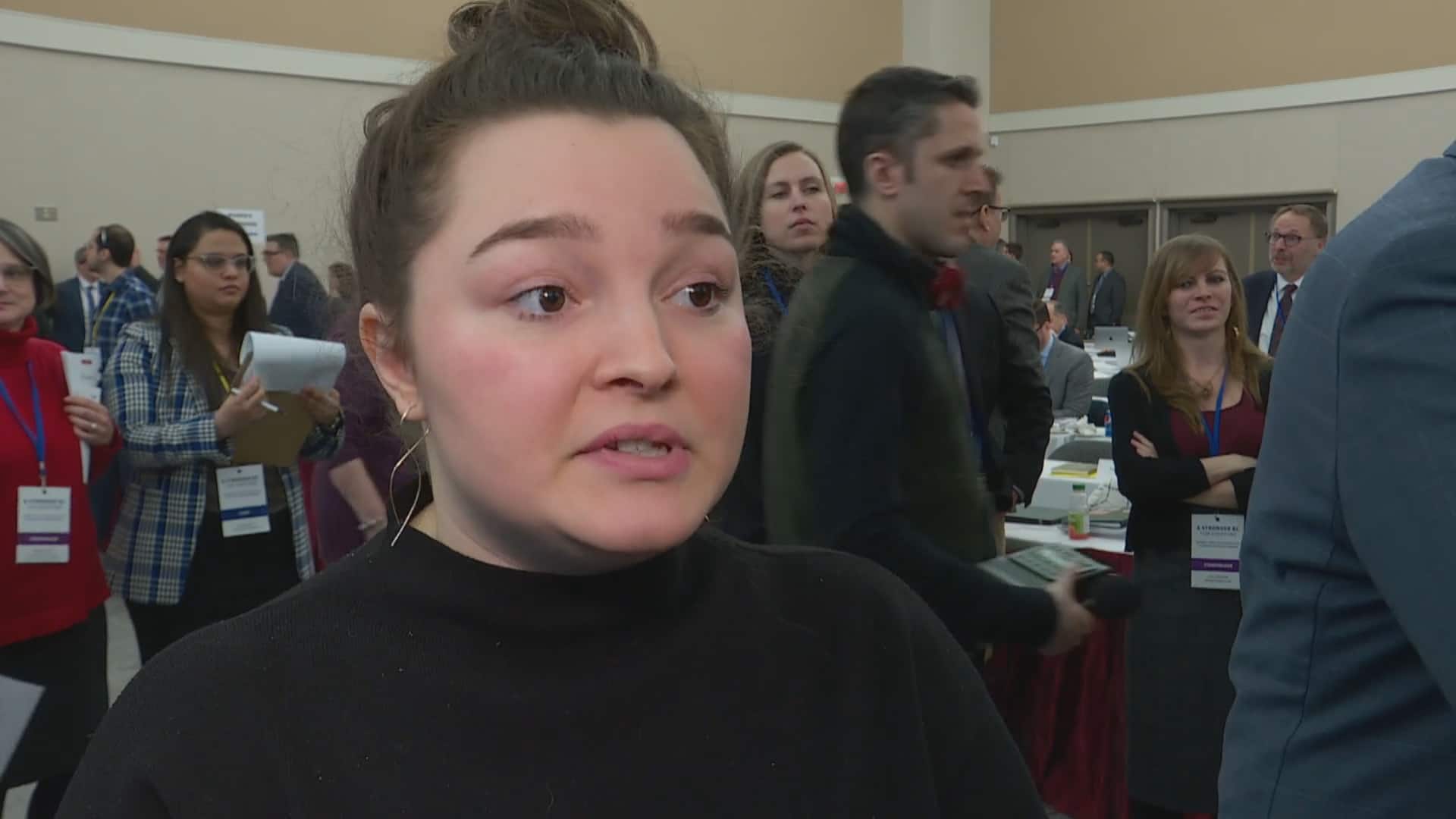 "Students are going to be graduating less in debt, and they're going to be able to get their foot in the door in the first place," said Tanysha Klaasen, chairperson for the B.C. Federation of Students.

"This is something that's going to … be assessed based on need, so the people that need the money the most are going to be getting it."

Some of the biggest increases to spending in the next three years will come from the province's capital budget.

The provincial government is expected to spend a record $22.9 billion on infrastructure over the next three years, for a bevy of projects previously announced by Horgan's government that now need to be constructed.

That spending means the province's debt-to-GDP ratio is expected to rise from 14.6 per cent to 17.1 per cent by 2023 — but James said she was comfortable with that increase.

"It is sustainable. B.C. is in a very enviable position when it comes to debt," she said.

"When you're seeing moderation in the market, the opportunity to be able to spur on those projects, to build British Columbia … to have the roads and bridges and transportation networks in place, to keep our economy growing, is critical."

One place where there was no major change was money allocated for collective agreements — James said the B.C. Teachers Federation would have to live within the two per cent salary increases budgeted by the province for other public unions.