Teachers voted 89 per cent in favour of job action, and have 90 days to activate the strike vote 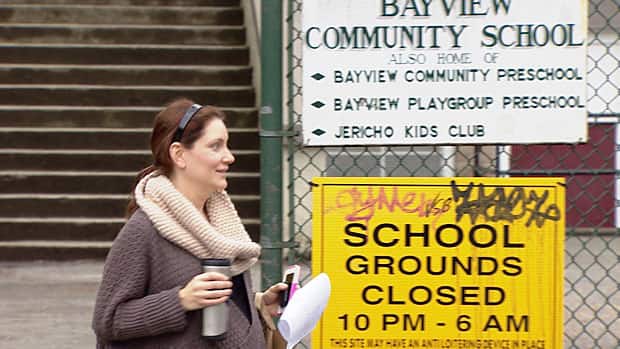 7 years ago
2:18
After union gets strike mandate, some parents consider options 2:18

More than 29,000 teachers headed to the polls between March 4 and 6 to take the strike vote, and 89 per cent voted in favour of job action.

"We do not consider job action unless it's absolutely necessary," said Jim Iker, president of the B.C. Teachers' Federation.

Iker insisted there will be no immediate job action, and that the first phase of action will be "administrative in nature and will have no impact on students' learning."

“Teachers now have 90 days to activate the strike vote with some sort of action. There is no set timing for when we will begin. It will depend entirely on what is happening at the negotiating table and whether or not the government and employers’ association are prepared to be fair and reasonable," said Iker.

He said teachers will not stop communicating with parents, participating in extra-curricular activities or writing report cards.

If talks stall, however, Iker said job action could escalate to rotating strikes. A full-scale walkout would require another BCTF member vote.

"We do not want a strike, we want a deal. Take the unfair concessions off the table, come to the table with a reasonable offer, and put the necessary funding to that table," he said.

B.C. Education Minister Peter Fassbender said he respects the fact that employers and unions have ways to increase pressure during negotiations.

"A strike vote does create additional uncertainty for students, parents, support workers and teachers. That's precisely why we need long-term stability in our schools and why we need to pursue a long-term agreement at the bargaining table," he said in a statement.

Fassbender said he hopes teachers will table their wage demands so an agreement can be reached.

"The employers' bargaining team, for its part, has tabled a comprehensive initial position, including a 6.5 per cent wage increase in the first six years. Class size and composition are on the bargaining table, and that's where the discussions need to occur."

The relationship between the B.C. government and teachers has been contentious for more than a decade.

In 2001, the province passed legislation that stripped teachers of their right to negotiate class size, class composition, and staffing levels.

Last April, the B.C. Supreme Court ruled the legislation was unconstitutional and gave the province one year to restore teachers' collective bargaining rights. When the government failed to do so, however, it was fined $2 million in damages.

The province says it is appealing that ruling, and has been granted an injunction delaying the restoration of teachers' pre-2001 bargaining rights until the appeal can be heard.

Iker said teachers will be back at the bargaining table on Friday, and is hopeful a negotiated deal will be made.