With more than 99 per cent of the B.C. teachers' vote coming back in favour of the option, B.C. Teachers’ Federation President Jim Iker again renewed the call for the government to enter into binding arbitration to end the months-long teachers' strike.

BCTF says 99.4 per cent of teachers voted 'yes' to proposal to end the strike 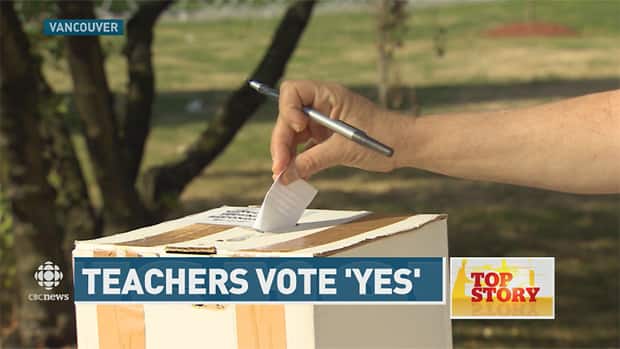 6 years agoVideo
2:12
B.C. Teachers' Federation president Jim Iker said the mandate was clear, and now it's up to the province 2:12

With more than 99 per cent of the B.C. teachers' vote coming back in favour of the option, B.C. Teachers’ Federation President Jim Iker again renewed the call for the government to enter into binding arbitration to end the months-long teachers' strike.

"Tonight, B.C. teachers voted overwhelmingly to back to call for binding arbitration that would see an end to the strike and open our schools," Iker said, addressing a news conference just after 9:30 p.m. PT. 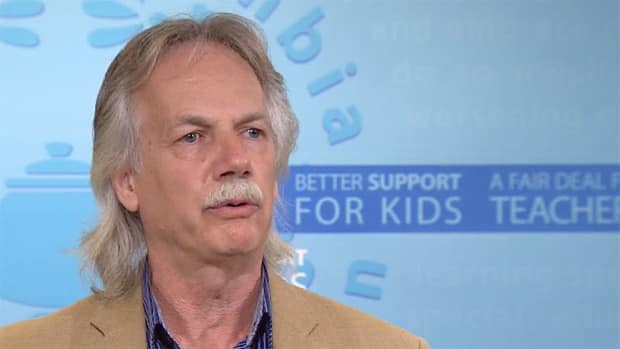 6 years agoVideo
3:13
More than 30,000 B.C. teachers voted today, and over 99 per cent were in favour of using binding arbitration to end the current strike 3:13

Iker said 30,490 of those ballots—99.4 per cent—came back as "yes" votes for binding arbitration.

"Tomorrow morning, custodial staff could be pulling chairs off desks, teachers could be setting up their classrooms, school counsellors could be finalizing their timetables … and classes could start this week and our children could be learning," he said.

The BCTF said earlier on Wednesday that it was expecting to have a strong "yes" mandate for binding arbitration on wages and benefits.

Under the proposal, issues around class size and composition would not go to arbitration, but would instead be resolved in an ongoing court case.

Iker said, the B.C. government's refusal to go to binding arbitration is now the only thing blocking that back-to-school reality from happening.

"We ask you again, to change your mind," he said.

On Tuesday, Finance Minister Mike de Jong confirmed the government was unwilling to hand over any part of the dispute to a third party to resolve.

Education Minister Peter Fassbender has repeatedly rejected the idea of binding arbitration, saying the only way the strike will be settled is through negotiations.

On Wednesday night, he reiterated that stance.

"The results of this vote were widely expected and understandable. We know B.C. teachers want schools re-opened.  That is a goal we all share," he said in a written statement.

"As we have consistently made clear, binding arbitration would lead to unacceptable tax increases in this case. That's because the two sides remain too far apart on wages and benefits. The best way to resolve this labour dispute remains at the negotiating table," Fassbender said. 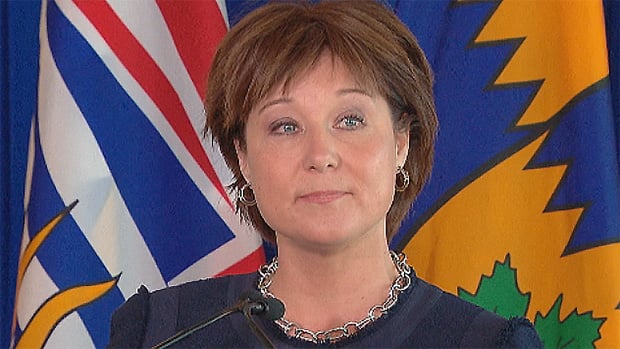 VOTE | How do you think the B.C. teachers' strike should be resolved?