Another potential mediator has turned down a request to step in and help solve the B.C. teachers' dispute, leaving the negotiations at a standstill once again. 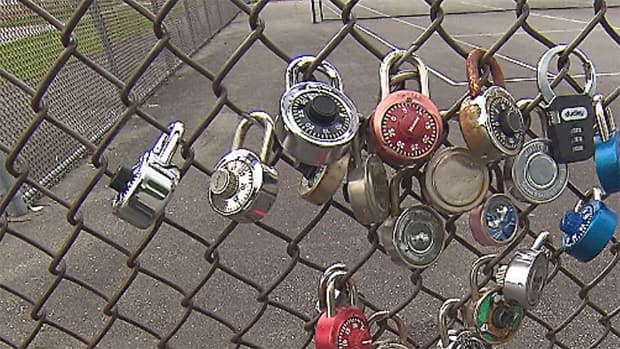 7 years ago
2:19
Both sides blame the other for failing to make mediation work to resolve the strike and lockout 2:19

Another potential mediator has turned down a request to step in and help solve the B.C. teachers' dispute, leaving the negotiations at a standstill once again.

In a brief statement issued by the B.C. Teachers' Federation and the B.C. government on Wednesday, both sides in the dispute said that after deciding B.C. Supreme Court Justice Stephen Kelleher would be an acceptable mediator, he turned down the job.

"He had some exploratory discussions with the parties and determined that mediation is not indicated at this time," said the joint statement.

In a separate statement, Education Minister Peter Fassbender blamed the teachers for the failure.

"It was recognized that if the parties were in the same zone, mediation might help land a settlement. Unfortunately, through these exploratory discussions it became explicitly clear that the BCTF executive would not commit to tabling a set of demands that fall in the same affordability zone as the other public sector agreements reached to date."

Union president Jim Iker said the union did in fact move and the two sides were within one per cent on salary, well within the range that would have made mediation viable. But he described as "unworkable" a series of pre-conditions the government had imposed.

"Once again this government missed an opportunity to reach a settlement, get summer school back on and provide certainty for September," he said.

The original facilitator in the dispute, Mark Brown, stepped down after the teachers' union called for Vince Ready to mediate the dispute. But Ready declined to take on the job, leaving talks at a standstill.

B.C.'s 41,000 teachers launched a full-scale strike on June 17. They have been without a contract for over a year. The key issues in the dispute are wages, benefits, and class size and composition.

School districts are announcing their plans for summer school over the next day or so, with many already opting to simply cancel it.