A Grade 6 teacher on Vancouver Island says the students in her class can't learn because they don't get enough help. 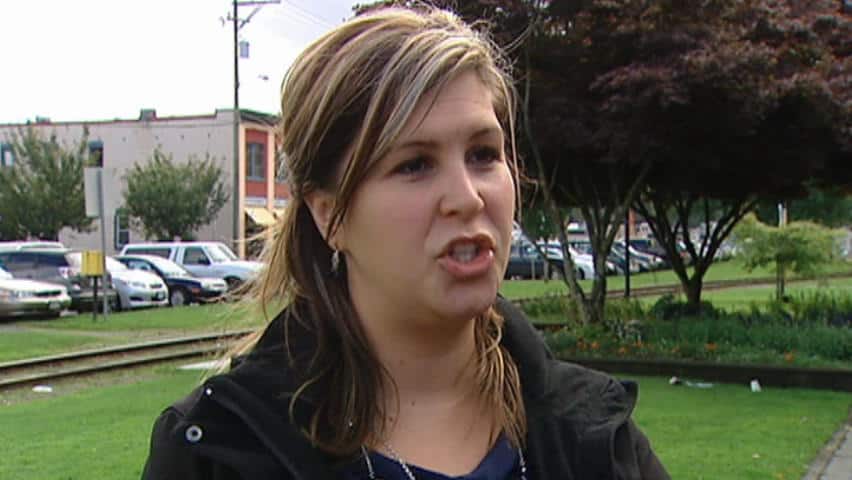 9 years ago
2:26
Naomi Nilsson says she doesn't have enough time or resources for her students with special needs 2:26

A Grade 6 teacher on Vancouver Island says the students in her class can't learn because they don't get enough help.

"I have very emotionally damaged children in my class … and I can't spread myself thin enough," said Naomi Nilsson, who has been teaching since 2006.

Nilsson has 27 students in her class at Khowhemun Elementary in Duncan, B.C. Eight of them are designated as having special needs.

"I know that they are not going to get the education that they deserve — and I know that society is going to be damaged because of that."

The Cowichan Valley School District confirmed two of Nilsson's students have severe behaviour problems, and six others have learning disabilities. She said several more need extra help but have not been formally assessed, so they haven't been designated for assistance.

"I would love it if I could split myself up into 27 little pieces and sit next to each one of them and help them do their math," Nilsson said.

Her class has one part-time teacher's aide, who is in the classroom one morning and one afternoon per week.

"It's infuriating, because there just isn't enough money to give these kids enough support," she said.

Nilsson said many of her students come from stressed families, where both parents work several low-paying jobs and are often away from home.

"My students come to school hungry ... without lunches and without snacks. Some of them don't have winter coats," Nilsson said while holding back tears.

"They can't just sit. Some of them it's almost like they have little electrodes attached to their bodies and they wiggle and they vibrate."

Nilsson described one heartbreaking situation when one of her students came to school distraught, because his mother tried to commit suicide the night before.

"[Another] student comes to school just to sleep, because his home is not safe for him to sleep in," she said.

B.C. teachers have filed 17,600 grievances in the last five years, to protest the number of students in their classes, along with the number who have special needs. According to the B.C. Teachers' Federation (BCTF), there are 12,240 classes in B.C. that have three or more students designated with special needs.

Government figures show, on average, about 10 per cent of all students are in that category — reaching a high of 19 per cent in one district. The union said several more students are on waiting lists to be assessed.

Education Minister George Abbott acknowledged there is a problem.

"Certainly this is one of the challenges that the school system tries to deal with," said Abbott, who recently promised an additional $165 million over three years to provide assistance for special needs students.

"We want to sit down with the teachers' federation and work through what I hope would be an improved model in respect of the funding for special needs."

B.C. teachers and the government are at an impasse in contract negotiations, mostly due to class composition.

Although she is a member of the teachers' federation and on the local union executive, Nilsson said she does not work for the provincial union, and is speaking out after encouragement from other teachers.

"Someone's got to speak up for them," she said, through tears. "Because they can't themselves."

The district superintendent for the Cowichan Valley School District, which oversees Nilsson's school, said there are several programs and people dedicated to helping special needs children. Joe Rhodes said 300 special needs children get public money for assistance, while another 455 who also need extra help get no extra money.

"As a district, we have to take from core money to supplement special needs kids," said Rhodes, adding the district gets $5 million per year from the province for special programs, but spends $9 million.

Rhodes said that's partly because needy students don't get extra funding until they have been assessed by an outside agency. He would like the government to rework the way money is allocated, because schools have changed significantly in recent years.

"The classroom of today needs to be redesigned," said Rhodes.

The teachers' contract specifies if any class has more than three children with special needs, the teacher must be consulted. Nilsson said when she objected she was told she would have to accept the situation, so she filed a grievance.

"[Grievances] are the only way we can speak out and hopefully help our children, but unfortunately the process is taking years in court and that doesn't help the kids," she said.

The teachers' federation said it has spent a million dollars on those grievances, while the government has spent much more.

"That money should already be in the classes," said Nilsson. "We should stop arguing about this, for goodness sake, and just help the kids. Why can't we just understand that we need to do the best for our future generation instead of wasting all of this money?"

"The present model doesn't always, I think, make the best use of resources," he said.

"I actually think there are ways that we can improve … to a system … where the principals and teachers worked together to try to sort out how to manage special needs resources rather than doing it on a kind of formula basis."

Nilsson said the system needs to catch up to the reality of how society, the economy, and school has changed.