A B.C. shipyard has been awarded an $8-billion federal shipbuilding contract, expected to create thousands of new jobs in the province. 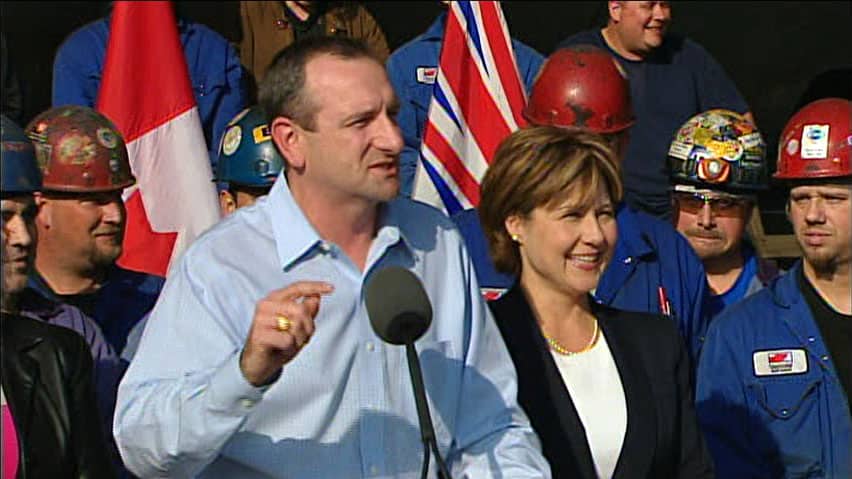 A B.C. shipyard has been awarded an $8-billion federal shipbuilding contract, expected to create thousands of new jobs in the province.

The federal government made the announcement Wednesday afternoon, awarding a $25-billion contract to build naval vessels to Irving Shipyards in Halifax.

The smaller $8-billion contract won by Vancouver-based Seaspan is to build Coast Guard and civilian ships.

Premier Christy Clark and her Liberal colleagues got the news just as they held their daily caucus meeting.

"It was like the Olympics there, don't you think?" Clark said to reporters.

Clark said this is the start of a job creation plan she announced earlier this fall, saying it gives more weight to her claim that Canada starts here.

The premier said her government worked hard to get the contract, putting substantial support into the bid with promises of job training and apprenticeships.

B.C. Chamber of Commerce president and CEO John Winter called the contract a "very positive contribution to the provincial economy."

"We anticipate that the positive ripple effects of this contract will benefit businesses across multiple sectors and create jobs on a very large scale," he said.

"To put this into context, the total benefit of this contract to the B.C. economy will outweigh the 2010 Winter Olympics by a factor of 10."

On Vancouver Island, the impact of the announcement was felt from Victoria to Port Alberni, where part of the $8-billion dollar contract will be spent at Nanaimo Shipyard.

Company president Ron Van Wachem said he has no details on which ships will be built first, but the first step is to start setting up training and apprenticeships.

"That's important for the project managers and the schedulers and planners and those type of people because it gives us the ability to plan and do things the right way because you're not ramping up and down all the time."

Van Wachem predicts his workforce will grow from 160 employees to more than 300.

Speaking to CBC News before the announcement, George MacPherson with the B.C. Ferry and Marine Workers Union said winning the contract would be a major economic boost for B.C.

MacPherson said a successful bid would trigger training and apprenticeship programs paid for by the province — and bring a lot of British Columbians home.

"We would see a lot of people that went to the oil patch coming home," he said. "We get inquiries all the time from those people looking to come home, looking for some steady work. We think the draw would be great."