A family is coming forward today with what they say is another case of a senior being inappropriately discharged from a Metro Vancouver hospital. 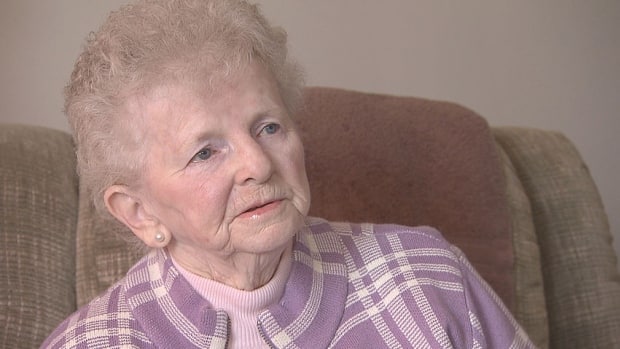 A family is coming forward today with what they say is another case of a senior being inappropriately discharged from a Metro Vancouver hospital.

Douglas Chidley said his 76-year-old mother, Hannah, was sent home alone in a taxi from Mount St. Joseph Hospital in east Vancouver on April 10, 2012, without his family's knowledge.

The allegations come on the heels of a CBC News report yesterday about legally blind Vivian Fitzpatrick, 90, who was sent home in a taxi from Delta Hospital at 2:30 a.m. PT without her clothes, shoes, and bleeding from her arm.

The day before the alleged incident at Mount St. Joseph in 2012, Hannah Chidley had been discharged after spending two weeks in hospital suffering from pneumonia and anemia.

Taken to hospital by son

On the morning of April 10, however, she began drifting in and out of consciousness, so her son took her back to the same hospital.

She collapsed soon after arriving and was admitted to the emergency department, he said.

After six hours passed, the cause of her symptoms was unclear, and hospital staff notified Douglas that they would have to keep his mother overnight.

At about 5:30 p.m. PT, he left the hospital to gather some things to make his mother's stay more comfortable and get her some food. He also took her clothes with him, to make sure nothing was stolen, he said.

After leaving the hospital, Douglas forgot to turn his cellphone back on, after having turned it off in the emergency room.

He returned to the hospital shortly after 8 p.m. PT to find that his mother was gone.

"I went to the nurses' station and they said she was gone. I said, 'How?,'" he recalled.

"And they said they got some other patient's recycled clothing and sent her home in a cab."

Hospital staff told Chidley they had attempted to contact him, but could not reach him because his phone was off.

Instead, they called the building manager at his mother's residence and arranged for the manager to greet her upon arriving home.

She had no ID, no clothing, no money and no home keys with her, and she was afraid, Douglas said.

Shortly after, the family filed a complaint with the Patient Care Quality Review Board responsible for Mount St. Joseph.

In February of this year, the board found that communication between staff at the hospital was inadequate and recommended a review of their procedures.

A spokesperson from Providence Health Care, which oversees Mount St. Joseph Hospital, told CBC News the recommendations were taken very seriously, and that since the incident, all 30 emergency room staff members have gone through communications training.