Salmon fishing has had its ups and downs in recent years, but the overall trend is for fewer fish to return to spawn in the important Fraser River, which drains a large part of British Columbia and is vital habitat for salmon.

'We have too many boats chasing too few fish,' says fisher Dane Chauvel

Boats that would normally be out chasing salmon sit idle. And a smell is missing from the air — the salty tang of fresh caught salmon normally being unloaded at this time of year.

One of the few fishers on hand is Stewart McDonald, who gives CBC News a quick tour of his sturdy aluminum fishing boat, the Lormax.

"I don't think there's going to be a commercial salmon fishery, maybe in the fall but not in the summer," he said, referring to the bleak outlook for the salmon run in the Fraser River, British Columbia's largest salmon spawning system.

The river's headwaters start near the Alberta border, meandering to the B.C. coast and connecting a huge web of tributaries in the province's Interior. It's both a fish highway and vital spawning habitat for millions of salmon during peak years.

But this year is shaping up poorly for the Fraser, with few fish returning so far and fears over the impact of a huge landslide that blocked the river to salmon last year and forced the installation of a $50 million system designed to carry fish past the obstruction.

Fishing for salmon has also been curtailed in the waters near Vancouver and Victoria to provide more fish for endangered southern resident killer whales.

The federal Fisheries Department offered a bleak assessment Tuesday, stating the total return of Fraser sockeye this year is expected to be approximately 283,000 fish, which would be a record-low return. In peak years, it can be more than 20 million. Sockeye are one of a number of salmon species, but returns of chinook, another type, are also predicted to be low.

McDonald has been fishing for more than four decades and has witnessed a troubling decline in the salmon fishery. It's been studied by numerous commissions and experts, resulting in a long list of recommendations designed to restore stocks that once help feed the world.

Fishing for wild salmon remains an important part of the B.C. economy. For instance, in 2018, the value of wild caught salmon was $235 million, according to the B.C. government, but there are questions on how sustainable it is given climate change and other conservation problems.

Once again, this week politicians in Ottawa are talking about the plight facing Pacific salmon at its standing committee on fisheries and oceans.

McDonald doesn't expect any action, saying he's disillusioned with the way the federal government manages the fishery and the lack of action on conservation.

"I have zero faith. They are doing a terrible job. It all comes down to politics before science, and it used to be the other way around, but it's not anymore, and it's been a disaster."

An aid program worth almost $500 million has also been promised for fisheries across the country, but it's not yet open for applications.

The fish that remain are the subject of fierce battles. Indigenous people have priority to fish for food and ceremonial purposes. Sport fishing representatives point to the huge economic impact of their industry, with tourists willing to pay hundreds, or even thousands, of dollars for the thrill of catching a large chinook salmon. Commercial crews, too, argue their worth, saying they're providing a top quality, wild product to eager markets.

"We have too many boats chasing too few fish," Dane Chauvel said from aboard his boat in an interview with CBC News.

"It's been the case for 40 or 50 years now, and we really need to rationalize the industry to make it viable."

Chauvel runs Richmond, B.C.-based Organic Ocean, which has its own boats and works with the B.C. fishing fleet to deliver seafood direct to consumers as far away as Ontario.

Reached off Haida Gwaii on a sunny August day, he had to end the first interview as his boat went through a school of coho salmon, and he and his crew had to get to work, hauling in the lines and flipping the squirming fish into plastic tubs.

Despite having some success hauling in coho, in a later interview, he talked about the late start to the fishing season due to conservation concerns, as well as the uncertainty over marketing due to the COVID-19 pandemic.

"It's not a big year in terms of fishing, and because of COVID-19, we don't know what kind of price our fish will fetch in the market."

While the fishing docks are quiet, millions of dollars' worth of seafood is still being bought, processed and sold in B.C. 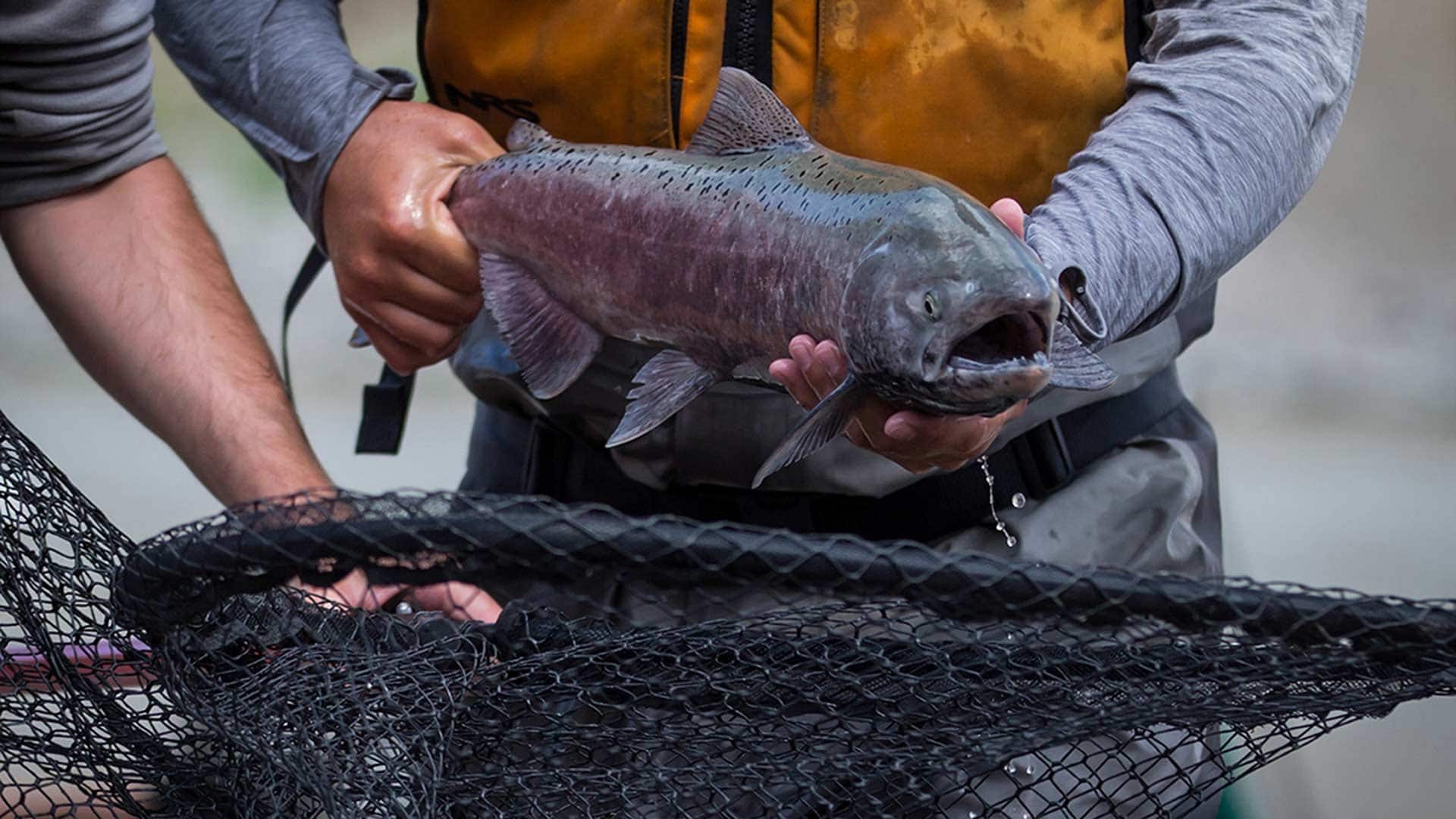 In a warehouse office near the docks at Fishermen's Wharf, workers at Skipper Otto take frozen packages from a large walk-in freezer and pack it into boxes for distribution.

"Salmon isn't all that comes out of the water here," said Shaun Strobel, co-founder of Skipper Otto, where consumers pay upfront for a set amount of seafood before the season begins, in order to help independent fish-boat owners. The business is named after Strobel's father.

Despite being a second generation salmon fisher, he sees his role as educating consumers about other types of seafood. He's excited about hake, for instance, a white fish abundant in B.C. waters but rarely seen for sale at the fish counter.

"We encourage people to eat, as we say, with the ecosystem. So if there's a lot of one thing, maybe we should be eating that and back off on the others."

He points to a variety of seafood success stories, for instance, spot prawns, which were once exported or largely ignored and are now the centrepiece of a Vancouver festival, where people line up to buy the prawns at $20 per pound right off the boat.

That kind of diversification, and the rewards, is motivating a change in the fleet. Steps away from Skipper Otto's warehouse, a small crew was busy working on a boat that was tied up to the dock.

The young owner said he had just bought it and was converting it from a salmon vessel to one set up to go far offshore and chase tuna.

Greg Rasmussen is a National Reporter for CBC news based in Vancouver. He's covered news stories across Canada and around the world for more than two decades. Follow him @CBCGreg on twitter.