B.C.'s dreaded property transfer tax could be reduced or eliminated some time in the next few years, according to Premier Christy Clark — but not before the provincial debt is under control.

Clark says for now though, the province still needs the $928 million in revenue it generates 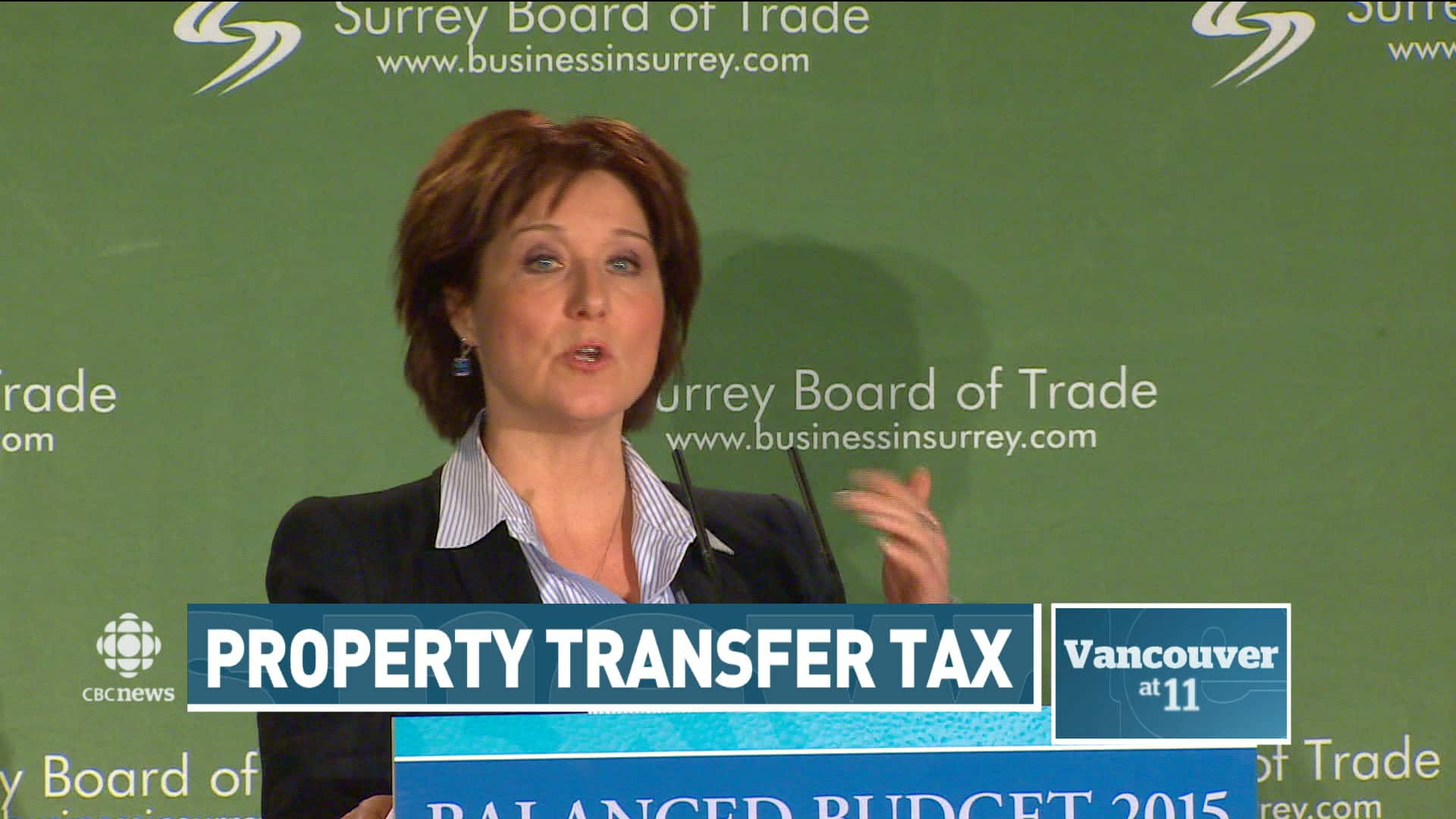 6 years agoVideo
0:56
Premier Clark hints the dreaded tax on property transfers could one day be cut 0:56

B.C.'s dreaded property transfer tax could be reduced or eliminated some time in the next few years, according to Premier Christy Clark — but not before the provincial debt is under control.

Clark told the crowd at the Surrey Board of Trade yesterday that she would like to axe the tax, but for now, the province can't afford to give up the nearly $1 billion in revenue it brings in.

"We really want to start knocking down the property transfer tax because it is a drag on our economy. It is one thing that we can do to try and increase affordability," Clark said.

"Why don't we do it in this budget? Because this year we brought in $928 million in revenue. The only way to replace that would be to raise taxes elsewhere," she said.

On Tuesday the province tabled its third budget surplus, making it the only province to officially avoid a deficit so far this year. But despite the surplus, the total provincial debt is forecast to grow to more than $64 billion this year.

The unpopular tax is charged anytime someone buys or changes the titles on a residential or commercial property in B.C. Exceptions are made for qualified first-time home-buyers and some transfers within a family.

It was introduced by former Social Credit premier Bill Vander Zalm in 1987, when the average price of a Vancouver home was about $150,000, in order to tax speculation on high-end properties.

But with the average home in Metro Vancouver now in the $1 million range, it can add tens of thousands of dollars to the cost of a house.

The tax has generated more than $12 billion in revenue for the government since it was introduced.

The property transfer tax rate is one percent on the first $200,000 and two per cent on the remaining value, based on the fair market value of the property at the time of the transfer.