Imagine going to work every day knowing you will likely be punched, kicked or spit on. That's what workers say happens at a Burnaby, B.C., centre for children with mental illness. 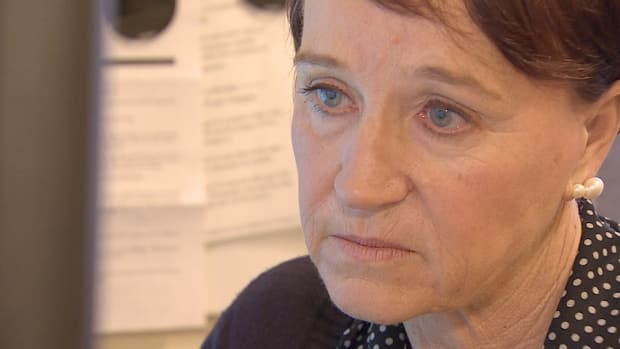 7 years ago
3:46
Jewels Bainbridge was punched in face at Maples treatment centre 3:46

Imagine going to work every day knowing you will likely be punched, kicked or spat on.

That is what several workers tell CBC is happening at a Burnaby, B.C., centre that cares for children with mental illness.

A CBC News investigation has uncovered a history of violations of occupational health and safety regulations and a disturbing list of injuries to staff at the Maples Adolescent Treatment Centre in Burnaby.

Ninety-six per cent of the violence happens at the Crossroads unit for children who have committed violent crimes. Several workers in the eight-bed unit tell CBC the children assault staff members almost daily, and dozens of workers have been injured seriously enough to require medical attention and time off.

The centre is run by B.C.'s Ministry of Children and Family Development. The ministry confirms 25 workers were injured by forensic patients last year alone.

WorkSafeBC inspection reports for the last three years, obtained by CBC through a Freedom of Information request, show managers are consistently at odds with B.C. regulations designed to protect workers.

In an exclusive interview with CBC, one nurse is speaking out about the attack that ended her career in psychiatric nursing.

He ... punched me with closed fists in the face a numbers of times.- Crossroads nurse Jewels Bainbridge

Jewels Bainbridge risks discipline or even dismissal for speaking to CBC without authorization, but she says she is speaking for several nurses who now suffer from post-traumatic stress disorder as a result of violent attacks by troubled youth on the Crossroads unit.

Bainbridge was seriously injured on the unit on Saturday, Sept.13, 2011, when she was attacked by a boy who was told he had to wait to take a shower.  A judge had ordered the teen confined to the Crossroads unit.

“He just tossed the towels towards one of the other staff and came into the office forcefully and punched me with closed fists in the face a numbers of times," she said.

Two other health care workers were injured trying to intervene.

"I got thrown up against a wall quite violently and came to, and saw one of the other nurses who was really tiny having her head smacked against the side of the door by him.

“I managed to get up. I took an office chair on wheels and charged him and kind of pushed him out of the room."

Before being transferred to Maples more than a decade ago, Bainbridge worked nine years in an adult forensic hospital and two years treating jail inmates. She says she never felt more unsafe than she did caring for children on the Crossroads unit.

"The children are cared for under the attachment theory, which sounds wonderful and probably works well with children that aren’t disturbed.”

Attachment theory is the basis for all programs at the Maples centre and involves building long-term relationships between children and caregivers to promote emotional development.

While Bainbridge believes it is an excellent tool in treating most mental illnesses, she says it does not work on psychotic and deeply disturbed children at Crossroads. She says management’s strict adherence to this theory puts workers at increased risk. She believes it is also why perpetrators are not punished.

Absolutely, someone is going to die.- Crossroads nurse Jewels Bainbridge

When she was attacked, Bainbridge told police she wanted to press charges against the teen, but says management discourages that.

“I believe within 24 hours he was back in our facility, and I never ever heard from the police about the charges or a follow up," she said.

“A lot of it has to do with the culture of management at the Maples, where they don’t support anybody charging these children or holding them accountable.”

Bainbridge says after one of her co-workers was seriously injured in an assault by a child, the manager didn’t even ask how the nurse felt during a critical incident debriefing that followed.

“The child shattered her arm, and she required three surgeries, and in the debriefing, management asked her how she felt the child might have felt in hitting her.”

Documents show the same boy that attacked Bainbridge had assaulted another worker just four months earlier. In November 2011, an inspector noted there were “common contributing factors in both incidents and effective controls were not in place to prevent a recurrent event."

After her attack, Crossroads staff were issued walkie-talkie radios. Bainbridge says all the radio clips broke. Management refused to buy holsters to secure the radios to their clothing. Last August, a WorkSafeBC Inspector wrote they are deficient and unreliable, noting they can go uncharged and are sometimes taken by the children.

After Bainbridge’s assault, she was diagnosed with post-traumatic stress disorder and underwent surgery to repair a previous hernia that ruptured in the attack. She is now training to be an infection control nurse.

Several workers told CBC News their employer refuses to provide panic buttons or an alarm system, and most areas are not monitored by security cameras. Staff have no access to the building’s security guard.

Stephanie Cadieux, the minister of Children and Family Development, is responsible for the centre and said the Crossroads program is “following through on all of the recommendations that WorkSafe makes."

But inspection reports from WorkSafeBC show the program is still not in compliance with several orders issued in August. One involves a particularly violent teen responsible for more than a dozen assaults in her last year on the Crossroads unit.

When WorkSafeBC ordered Crossroads to specify control measures to protect staff from her, the centre refused, saying to do so would "restrict staff's ability to think and create new ways to deal with difficult situations."

In a statement, Cadieux says "all staff have been issued panic alarms." When asked when this happened, her office said October, 2012.

But employees tell CBC this is not true. In August 2013, a WorkSafeBC inspection report stated, “There is no personal panic alarm system installed in this facility” and a follow-up in December, 2013 reflected the same.

Cadieux says the Maples has increased training for staff and has written management plans which “articulate how to safely manage” each forensic patient. She says the Ministry has created a Violence Risk Registry to flag violent patients.

Staff say Maples policy does not allow them to physically restrain or sedate youth on the Crossroads unit. The president of the B.C. Nurses Union, Debra McPherson, says that is a problem when dealing with forensic patients.

"There seems to be a sort of, hands-off approach because they're children, never mind that they may be 200-pound, burly adolescents or people who are quite capable of slitting another person's throat, stem to stern.” said McPherson.

During question period in the B.C.leglistature Thursday,  NDP MLA Judy Darcy wanted to know why panic alarms had not been issued to staff despite orders from WorkSafeBC.

Labour minister Shirley Bond told her the government is currently working with WorkSafeBC on a formal violence prevention plan at Crossroads, but said she will try to find out what is happening with the two-way radios.

McPherson calls the actions of this employer “wilful disregard for the safety of these people, and complicity in the battery of our members."

"I consider that to be heinous, and I consider the Workers Compensation board to be neutered," she said

A psychiatrist at the youth forensic centre for Alberta confirms staff there rely on all of the above measures. McPherson told CBC every nurse in the facility should have panic alarms, as is standard procedure in other mental health centres.

Workers told CBC too many employees have suffered serious head injuries, multiple concussions and broken bones as a direct consequence of the lack of safety measures on the Crossroads unit. Bainbridge fears, without changes, the assaults will only get worse and says “absolutely someone is going to die."

The B.C. Nurses Union filed a grievance against the provincial ministry of Children and Family Development on Friday, alleging the employer is failing to protect workers from known risks of violence.

Bainbridge says when she sat on the Maples Joint Occupational Health and Safety Committee in 2011, management refused to provide security cameras.

"They've had orders from WorkSafe, which I'm learning have no teeth," she said. "Management just laughs. They think WorkSafe is a joke, so how do you change a culture like that?”

McPherson, who recently met with several injured nurses, says she was surprised so many were willing to return to work at Maples.

“I can only liken it to someone who is a victim of spousal abuse," she said.

"Our nurses in jail are safer because they have security guards who are armed who will accompany them to do treatments. In this facility, there is no protection.”

McPherson is calling on the provincial government to make immediate changes to protect nurses.

“I'm looking at my premier in this province and saying, 'Where are you?' I'm sure she has a security detail.“